Making it compulsory for all new phones.

Android 10 has been around since September, but it will take time before the OEMs start launching new phones running the OS. If we take a look back, there have been times when OEMs started testing their builds 15 to 16 months after the new OS’s release. Sometimes they even try to get away with shipping older software on their devices.

To tackle the situation, Google has confirmed that all phones launched after January 31, 2020, must be shipped with the new OS. The use of  GMS (Google Mobile Services) will only be authorized if the OEM ships the new devices with a build based on Android 10. 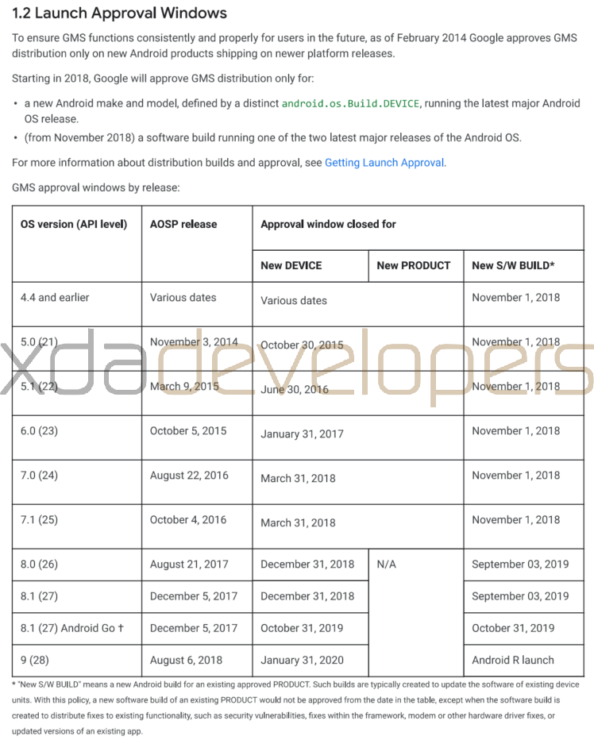 For those who don’t know Google Mobile Services is a package of Google apps such as the Google Play Store, YouTube, Search, Maps and Google Play Services.

Will These Conditions Help Get More Devices to Run Android 10?

Since the above-mentioned conditions only apply to new phones launched after January 31, 2020, many devices will still be stuck with Android 9.0 Pie or the older versions as companies aren’t obligated to update them to Android 10.

Adding to the complications, Google is still accepting phone builds based on Android Pie for a few more months. This means that until January 31st, we will continue to see new phones running on Android Pie. However, this is a step is in the right direction and may give Google insight on how to deal with the situation more efficiently with future updates.