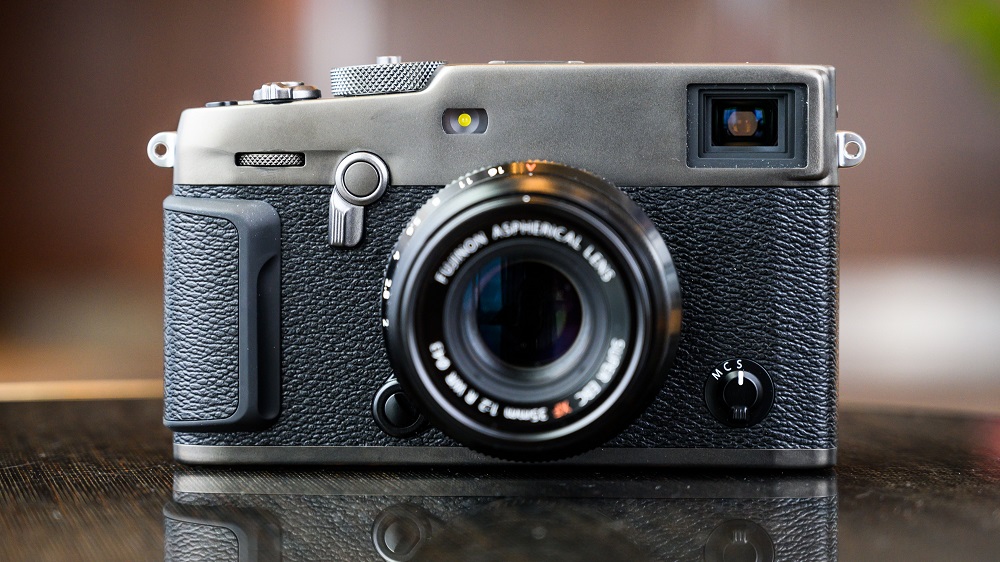 Designed to be minimalist yet robust.

Fujifilm has officially announced its flagship X-series camera dubbed the X-Pro3. The camera kit is also being called Fujifilm’s press kit since it is aimed at street photographers and photojournalists. The camera features a number of eccentric features and has been released three years after its predecessor.

The X-Pro lineup cameras have always been referred to as ‘photographer’s cameras’ since they not only have a lot of manual controls but also keep the distractions at bay by helping them “stay in the moment,” according to Fujifilm.

The X-Pro 3 looks much like the X-Pro 2 launched in 2016. It has the same dimensions and retro-inspired look from the front. However, at the back, we see some major changes.

It has ditched the D-pad and some of the buttons have been repositioned. The four-way controller is gone and has been replaced with controls similar to the X-T3 and X-T30.

To improve the durability, Fujifilm has shifted from stamped magnesium to milled titanium for the top and bottom plates. It comes in three color options with two of them featuring DuraTech coating that gives the device a matte finish and prevents the color from fading. The camera also has weather shielding at 70 different points.

The biggest change Fujifilm made is with the display, it has ditched the 3-inch LCD and introduced a two-sided flip frame with the display on the opposite side of a 180-degree hinge. The actual LCD is on the inside, which means it will be hidden most of the time.

The X-Pro 3 comes with a redesigned hybrid viewfinder with an optical component that provides less distortion, wider FOV and a clearer view. It also features a higher refresh rate, higher resolution, better contrast, and wider color space. The EVF has been upgraded to 3.69-million dot OLED panel which runs at 100 frames per second for smooth visuals.

Under the hood, the X-Pro 3 has the same processor and image sensor as X-T3 launched this year. The image sensor is a 26.1-megapixel X-Trans IV CMOS APS-C chip that is topped with Fujifilm’s X Processor 4.

This combination of the processor and sensor provides an improved phase-detection autofocus system that can even work in low light. It also has an internal autofocus range limiter for better focus in noisy environments like streets.

The company’s first step into computational photography is its in-camera HDR that features four different levels. These options can be chosen from the camera’s drive menu. When selected, the HDR mode makes the camera take three burst shots.

These images are then stacked and aligned based on user-chosen settings and exposure. Since the camera is doing processing at the back-end, it takes a little time before you get the final image. The final image is either in RAW or JPEG format and is a cropped version of the full image.