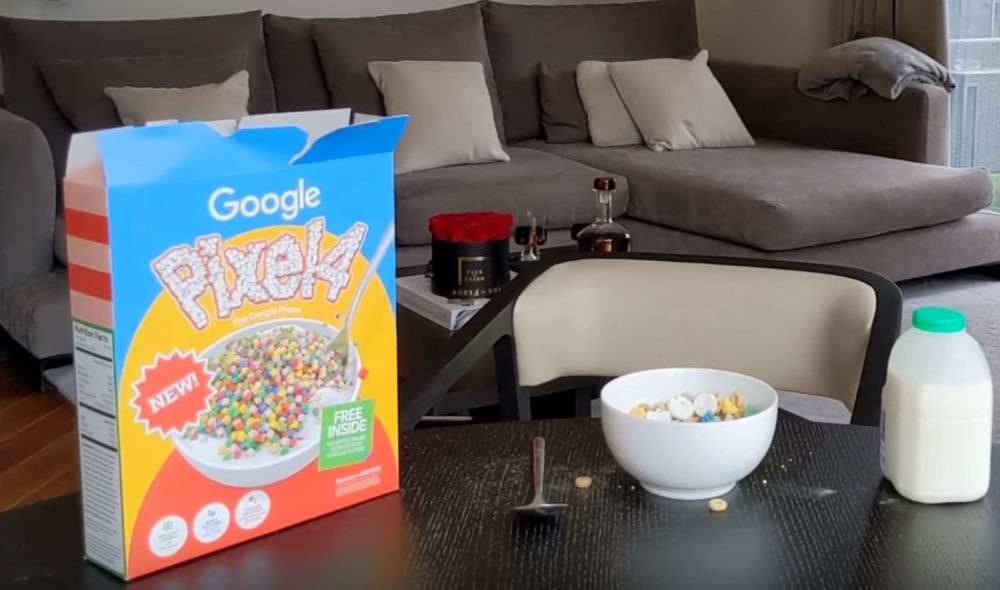 Google’s latest flagship smartphone duo has officially started shipping to customers this week. The Pixel 4 and 4 XL are arriving at customers’ doorsteps with a fun little twist.

Customers who pre-ordered the phone are receiving their Pixel 4 devices inside a customized cereal box. The box has a pixelated art design and has actual cereal inside next to the phone itself.

The box highlights some of the features of the Pixel 4 XL including the camera which lets you see into space. It also reminds users that buying a Pixel phone gets them unlimited Original Quality storage on Google Photos for three years.

Inside, there is a bag of Google themed cereal next to the phone. There is also thank you note where Google says that they wanted to do something a little different. British customers who pre-ordered the device from Google Store UK will receive a free HP Chromebook 14 if they claim it within 14 to 45 days of purchase.

Interestingly, some users even received their Pixels in a Dominos pizza box. There was, of course, an actual pizza inside the box alongside the phone.

Here is how the tech YouTuber SuperSaif received his Pixel 4.