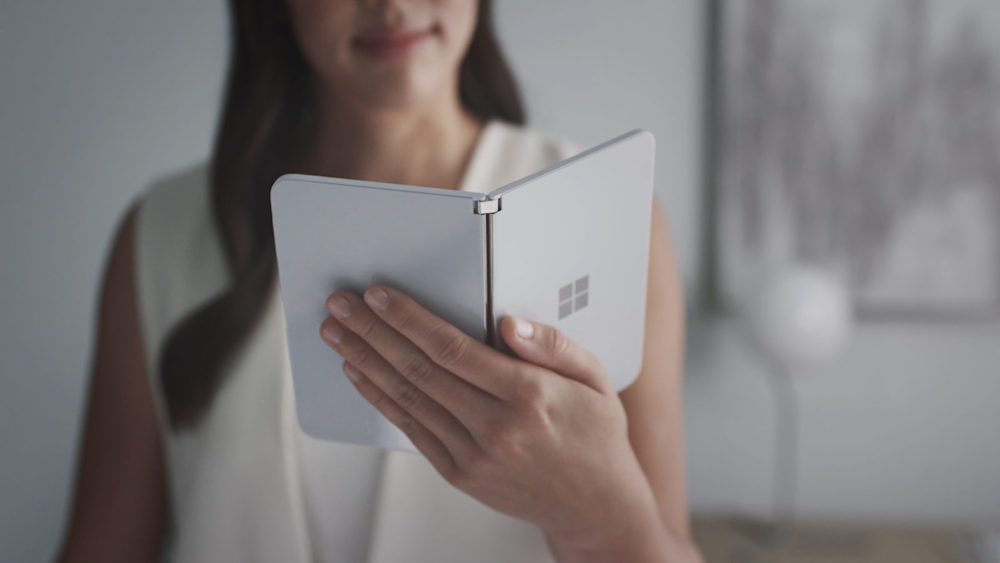 Time will tell if it actually is world-class or not.

Microsoft invited developers and journalists to a Berlin-based Surface event on Monday. The company’s Chief Product Officer, Panos Panay attended the event and was asked several questions about upcoming Surface devices. While he did not reveal much, he did mention that Microsoft’s upcoming foldable phone, the Surface Duo, will have “a world-class camera”.

Interestingly, the Surface Duo prototype that was shown off earlier only had a single selfie camera. The back of the device had a cutout for only a single primary camera lens as well. This begs the question – how good can a single camera unit be?

For this to work, Microsoft is working on an interesting new technology to fit an innovative camera system inside the device’s thin form factor. This technology is described in one of Microsoft’s latest published patents.

The patent shows a camera lens and an image sensor unit that can be moved into place with the help of an actuator. The two separate units can be placed together when needed (when taking pictures) and can be moved away from each other when not needed (once the device is folded).

However, as this is only a patent, the technology might actually never see the light of the day. Microsoft might have something entirely different in the works and only time will tell how the Surface Duo turns out to be.

Surface Duo will be available in mid-2020.