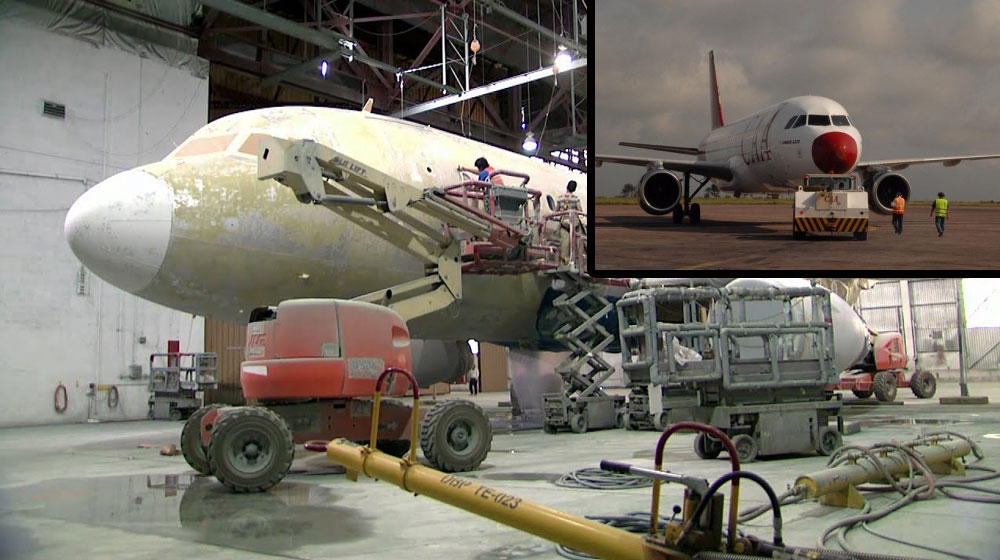 Pakistan International Airlines (PIA) has earned Rs. 17 million in over less than two weeks with a paint job for a foreign customer.

The airline announced this on its Facebook page, saying that the experienced PIA team took only ten days to complete the intricate paint job.

We have done it again! We completed a paint job in just ten days for a foreign customer and earned 17 million PKR from it! We executed the intricate paint job with custom made stencils.

The airline did the job for ATR 72 aircraft 9S-AAD of Fly CAA Company from Congo.

However, PIA’s Maintenance department is capable of much more than that. The department recently developed an in-house facility to repair Cessna – small aircraft primarily used for flight training and personal use.

PIA Engineering&Maintenance has achieved a milestone in maintenance of Cessna.They've developed an in-house facility to repair the propeller which will be utilized by flying training academies & PIA Benazir Bhutto Flight Academy. It will reduce grounding time & optimize cost #PIA pic.twitter.com/lMFabFHOJX

The airline’s Engineering & Maintenance wing is now capable of indigenously fixing large planes with a maximum take-off weight of 570 kgs.