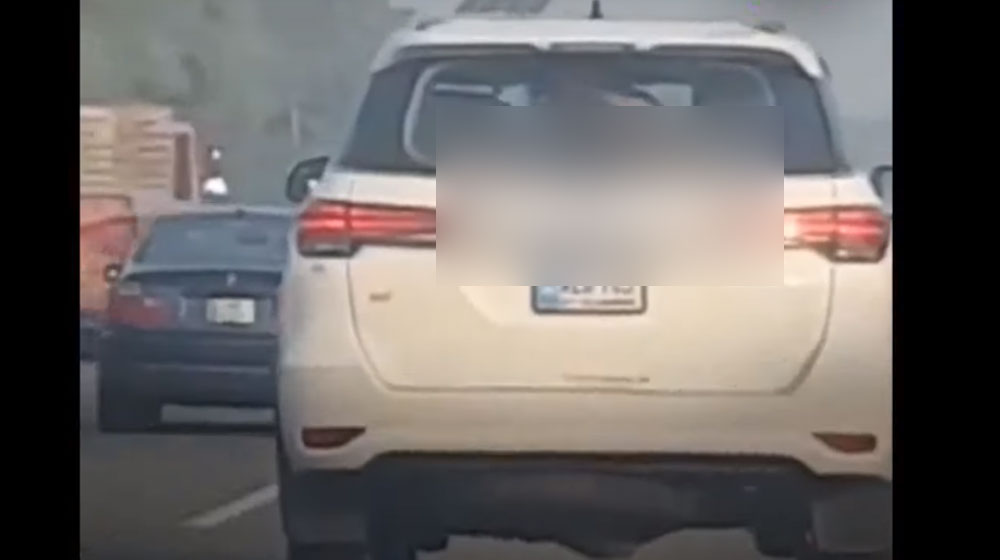 During the past few days, a video went viral where a couple were seen acting indecently in a white Toyota Fortuner. This sparked anger on social media as the car traveling on Islamabad-Lahore Motorway was caught on camera by a motorist. While many demanded strict punishment for the ‘shameless couple,’ some also worried for their safety.

This is the third such incident in the last two months which has been caught on camera. While the first two went unnoticed, this finally caught the attention of the authorities.

Soon after the video hit social media; the Motorway Police launched an inquiry into the matter. Since the registration number of the car is visible in the video, approaching the suspect was not a big deal for police. 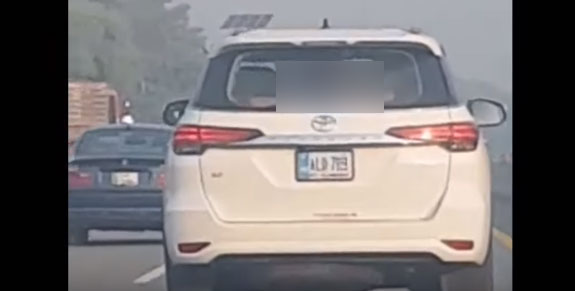 It was found out that the vehicle ALD 789 belongs to Danish Noshai, a resident of Blue Area, Islamabad.

Motorway Police has filed an FIR against the accused at Kot Momin Police on the behest of Beat Officer Khizer Hayat. He told police that the incident occurred on M-2 Motorway near Kot Momin, which falls under his jurisdiction. The FIR has also mentioned the unknown woman who was captured on the camera.

NOTE: The video was not included in the article because it contains obscene content.