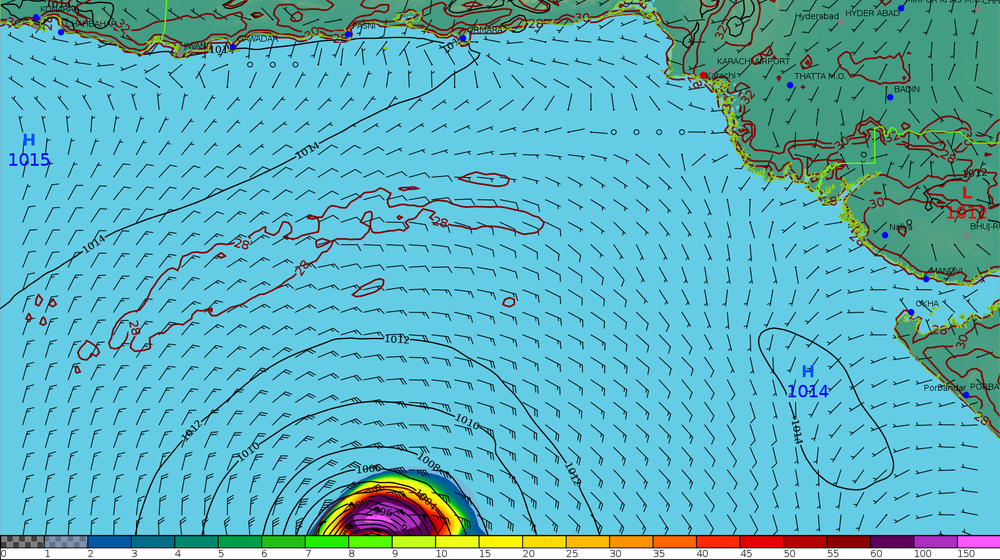 After a close shave from cyclone Kyarr, another tropical storm MAHA has strengthened in the Arabian Sea. According to the Pakistan Meteorological Department (PMD), the storm is located at a distance of 675 km southwest of Karachi.

According to PMD’s advisory early in the morning on Tuesday, the storm has slightly weakened in the past 12 hours as it is heading northwards. 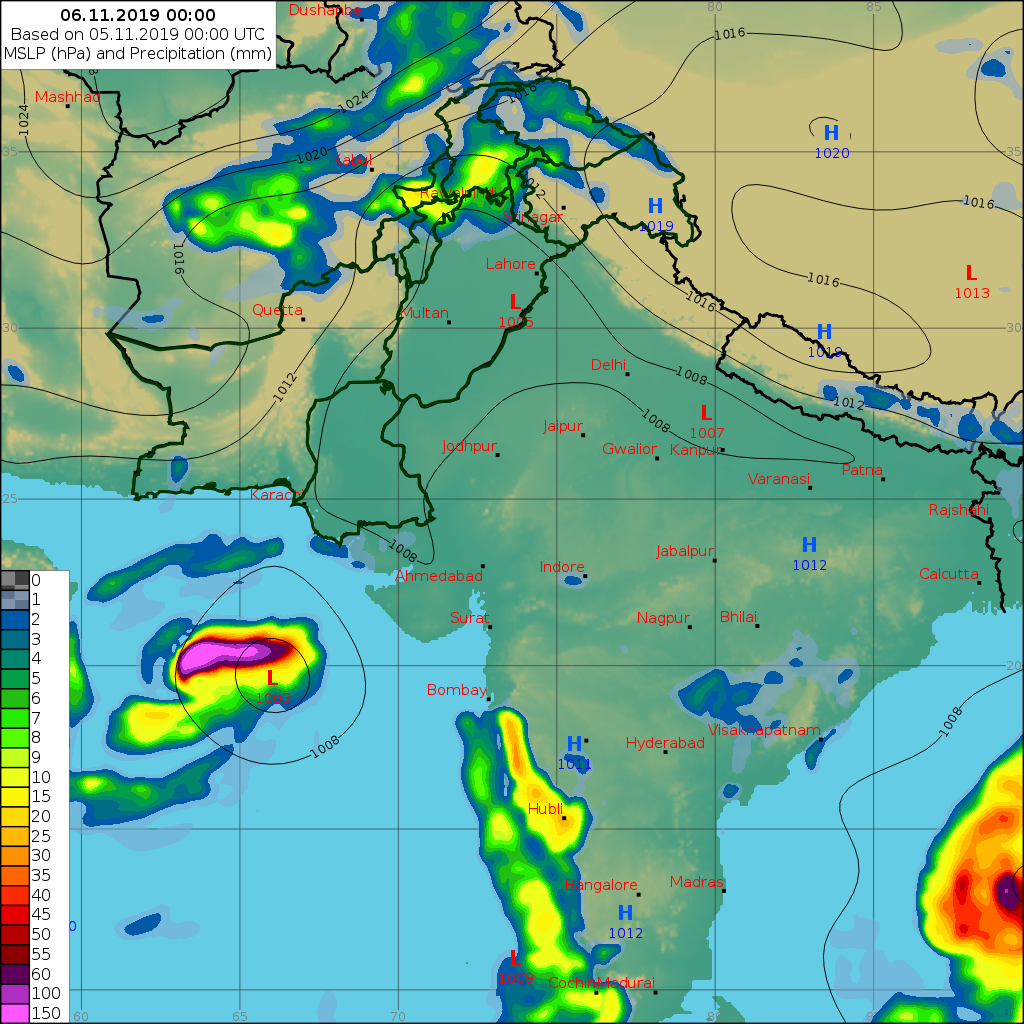 The authority has warned the fishermen against going deep into the ocean until 6th November as strong winds of 160-200 kmph are prevalent over the central Arabian Sea.

TC Maha is likely to weaken gradually and track eastward towards Indian Gujarat.

At 8:00 am today, the MAHA was located at 19.6 N (latitude) and 63.7 E (longitude), meaning that it is moving towards Pakistan but poses no immediate threat to the Pakistani coastal belt.

The temperatures in the upper parts of Punjab, KP, GB, and AJK are expected to drop with snowfall expected on the hills in the northern areas. The weather system will prevail until Friday, resulting in rains in different regions as the country prepares to welcome the winters.