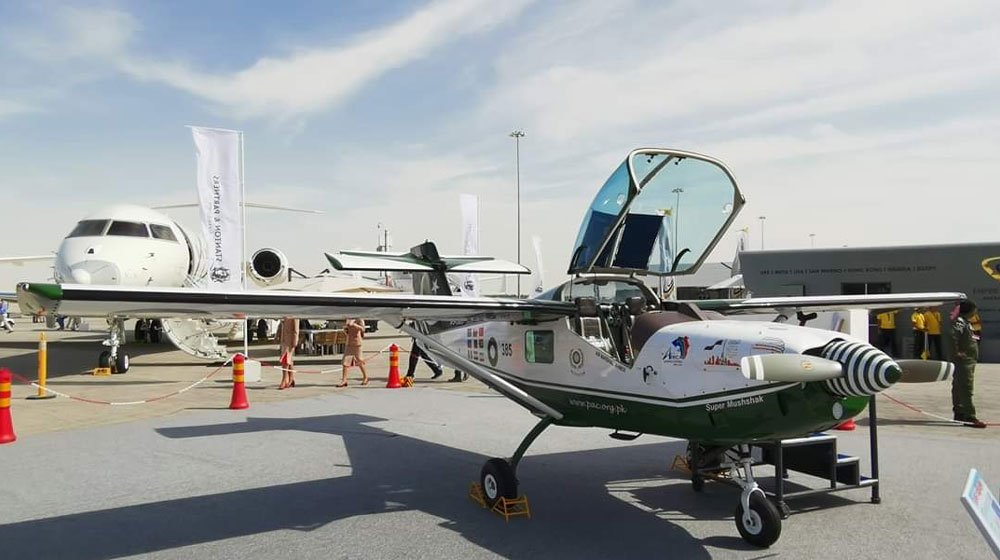 Pakistan Aeronautical Complex (PAC) is going to deliver the first installation of MFI-395 Super Mushshak Basic Training Aircraft (BEU) to Turkey by June next year. The PAC officials told this to the Defense Turkey Magazine during the recently-concluded Dubai Airshow 2019 Exhibition.

According to PAC, the deliveries will continue every six months, and the order will be completed by the end of 2022 in 10 batches.

In the first installation, Pakistan will hand over three MFI-395 Super Mushshak aircraft. The Turkish Air Force will carry out the acceptance test, and after clearance, seven more jets will be delivered by the end of 2020.

The contract was signed on 23rd November 2016 in Karachi, while an official agreement was signed in May later that year in Istanbul.

Under the project, PAC was expected to deliver 52 MFI-395 by 2017, which were due to replace the T-41 and SF-260D aircraft in the Turkish Airforce. However, due to unknown reasons, the delivery could not be started.

A Boost for Pakistan’s Defense Exports

Thanks to continuous support from its close ally China, Pakistan’s defense exports are gradually picking pace. The country’s defense exports have exceeded $210 million in the current financial year, with a target of hitting the $1b mark in the coming years.