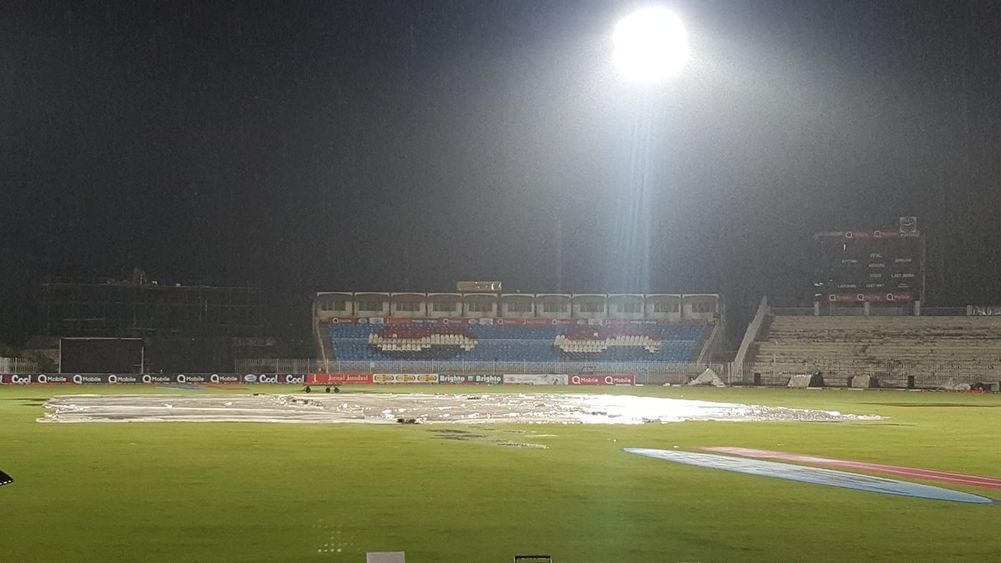 Rain with wind and thunderstorms is predicted in the country from Wednesday to Friday, which may affect the first test match between Pakistan and Sri Lanka.

Pakistan will stage its first home Test in a decade on Wednesday when they take on the Islanders in Rawalpindi. This is the first international Test match since the 2009 attack on Sri Lankan team bus in Lahore.

However, the Pakistan Meteorological Department (PMD) has forecast rain in the city from Thursday to Saturday, meaning that the second, third and fourth day of the Test is likely to be affected by rain.

Widespread rain-thunderstorm (with snowfall over hills) is expected in most districts of Khyber Pakhtunkhwa, Punjab and Islamabad from Wednesday (night) to Friday. Isolated heavy falls are also expected in districts of Dir, Mansehra, Abbottabad, Haripur, Rawalpindi, Jhelum, Sialkot, Gujranwala, Narowal and Islamabad on Thursday.

Widespread rain with snowfall over the hills is also expected in Kashmir, while at scattered places in Gilgit Baltistan from Wednesday to Friday.

Fog is likely to subside in plain areas of the country.