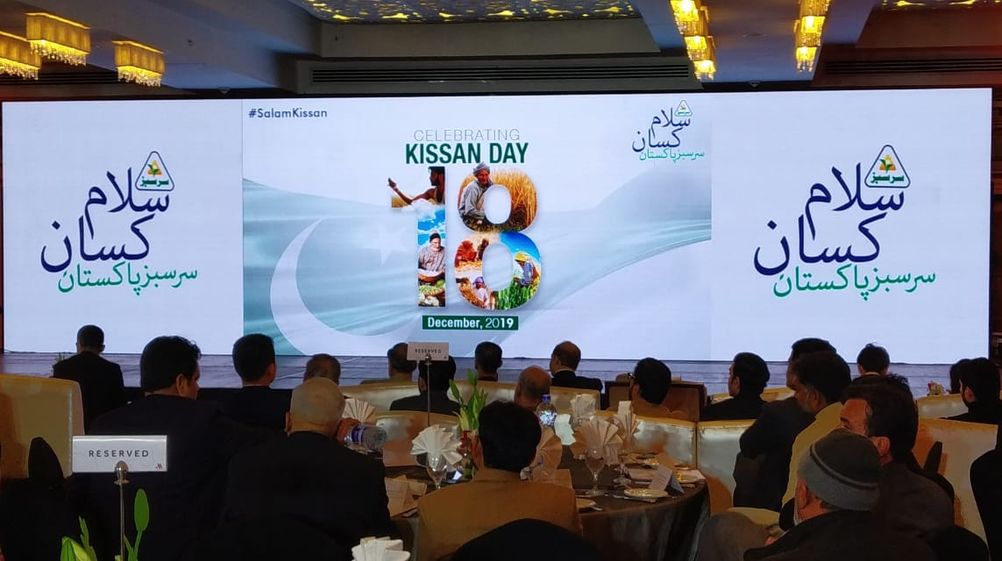 Sarsabz Fertilizer, a flagship brand of Fatima Fertilizer under the Fatima Group, has been working hard to gain the recognition and appreciation for farmers in the economy through its ‘Salam Kissan, Sarsabz Pakistan’ campaign.

Under this initiative, Sarsabz marked a day on December 18 as ‘Kissan Day’ to acknowledge the efforts of the small farmers to highlight their issues and contribute to the economic prosperity of Pakistan.

The day is of distinct importance as developing countries around the globe have dedicated days to give them their due praise, but despite being an agri-based economy and having 60% of its population residing within rural communities with 100 percent reliance on income on agriculture, Pakistan never had a specific day for them.

The day was celebrated at a special event at Marriot Hotel in Islamabad on December 18, 2019, with the government’s recommendation to have it announced officially as part of the country’s annual national calendar henceforth. It is reassuring to see the government is taking a special interest in the farmers’ welfare and endorsing it on public forums.

Let’s see what the Prime Minister, Imran Khan has to say about it: 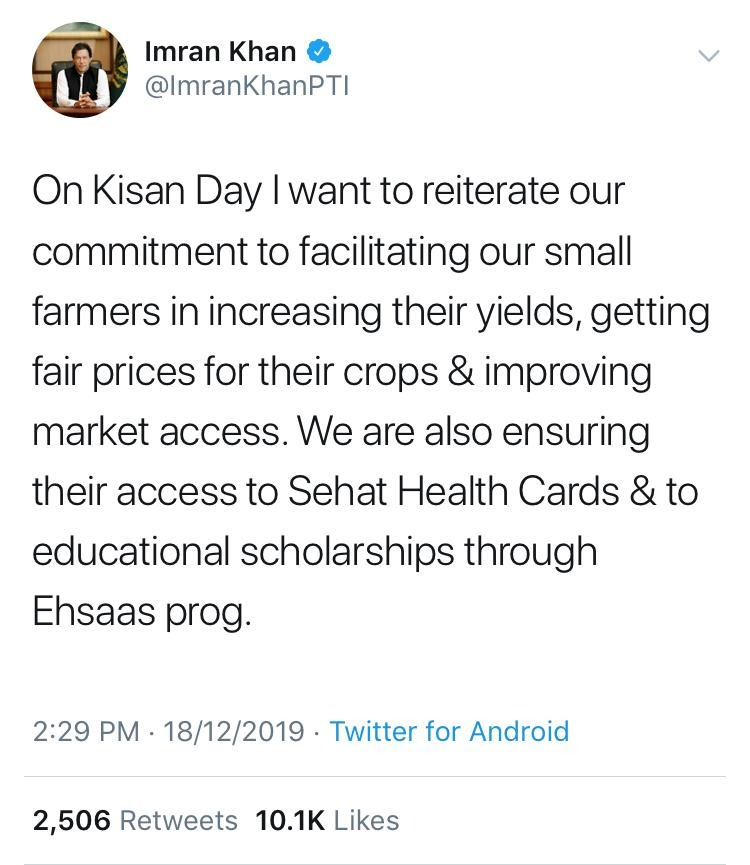 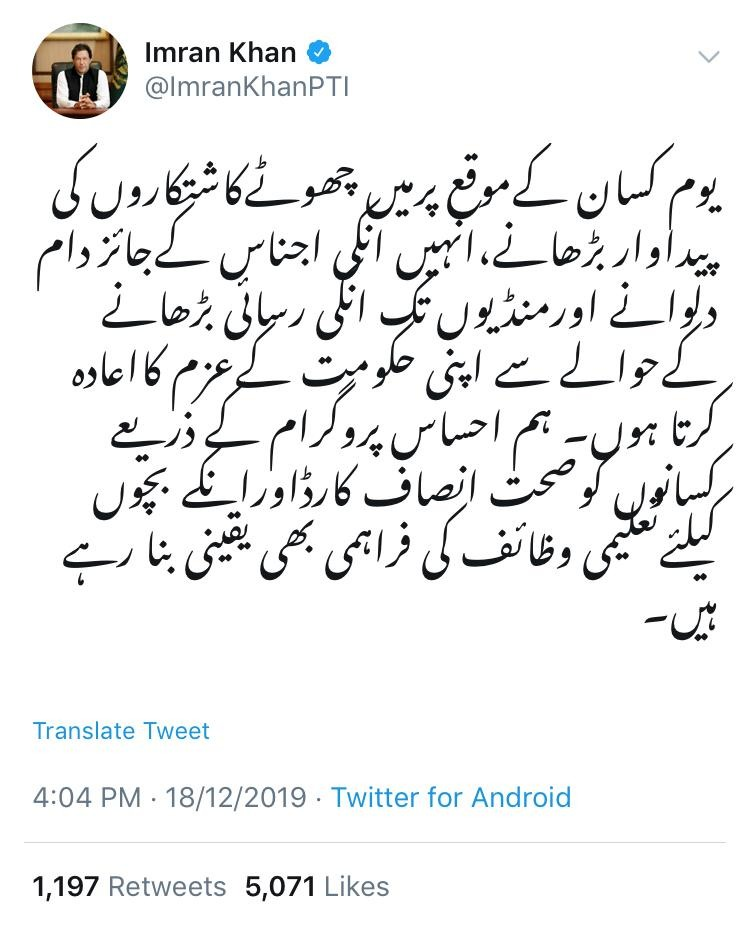 The Governor of Punjab, Chaudhary Sarwar’s team also joined in for the initiative: 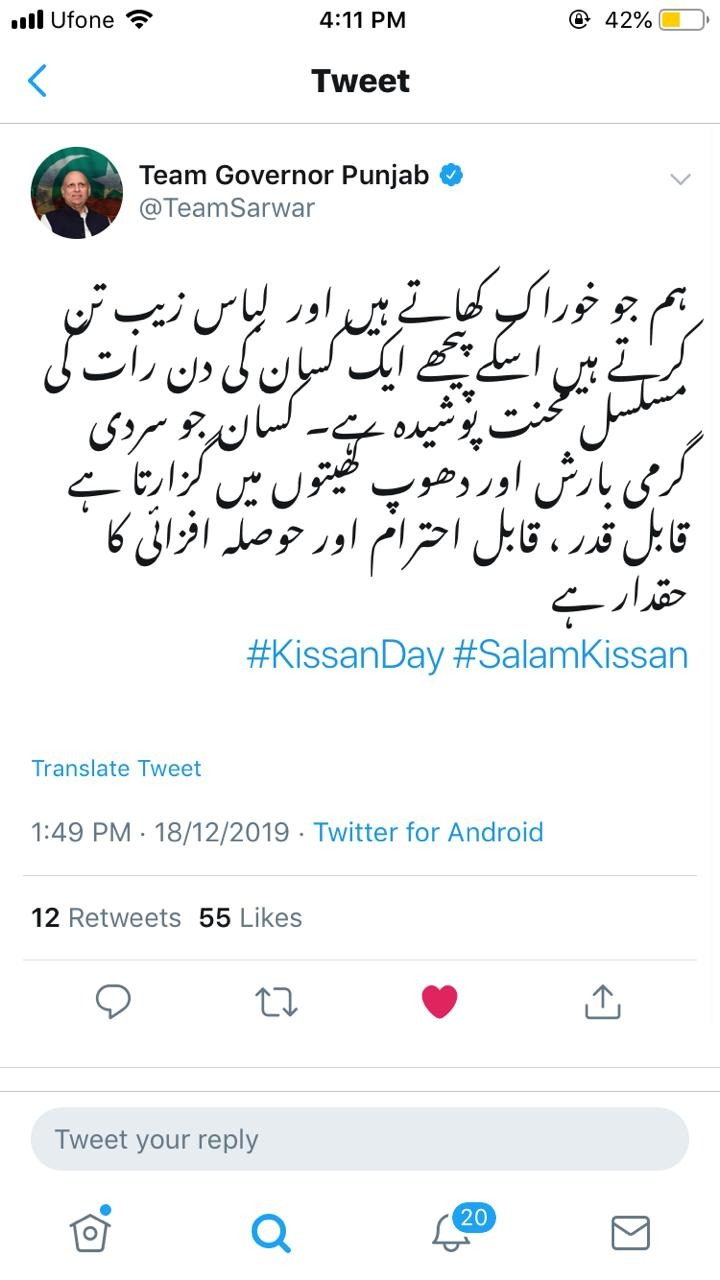 Likewise, the day was endorsed by Mr. Usman Dar, Special Assistant to Prime Minister on Youth affairs in the following words: 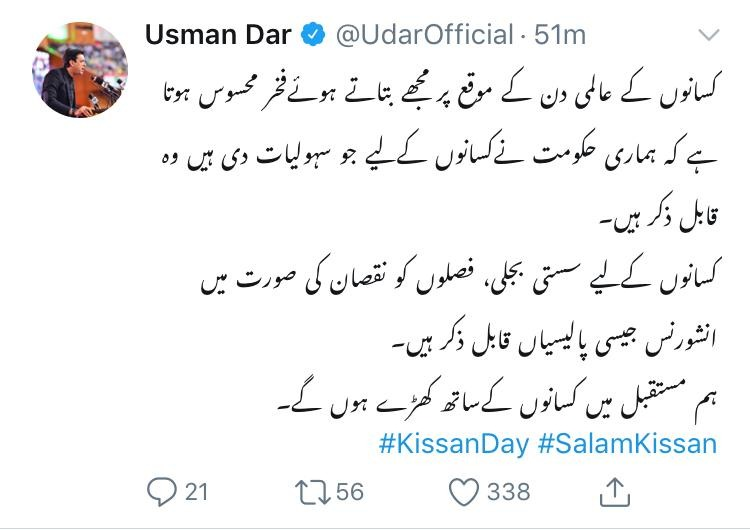 And, so did Ms. Munaza Hassan, Secretary Women’s Parliamentary Caucus: 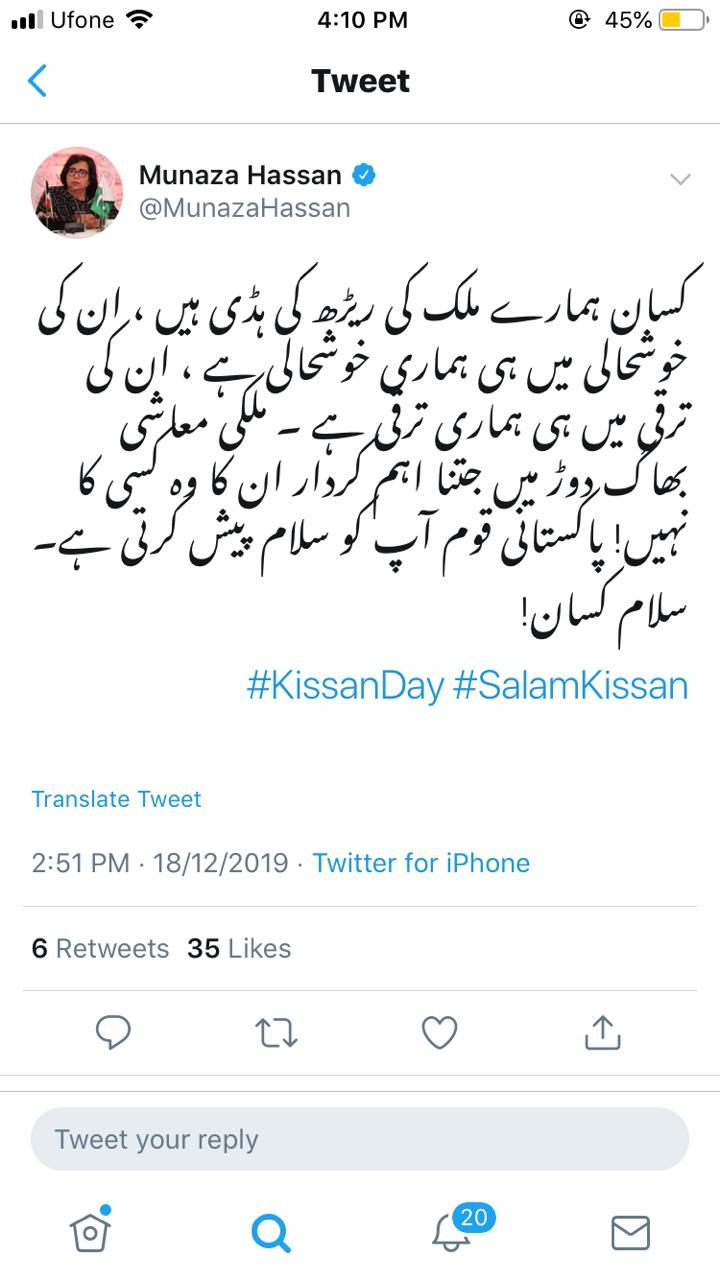 The hashtags #KissanDay and #SalamKissan were the top trends on Twitter on December 18.