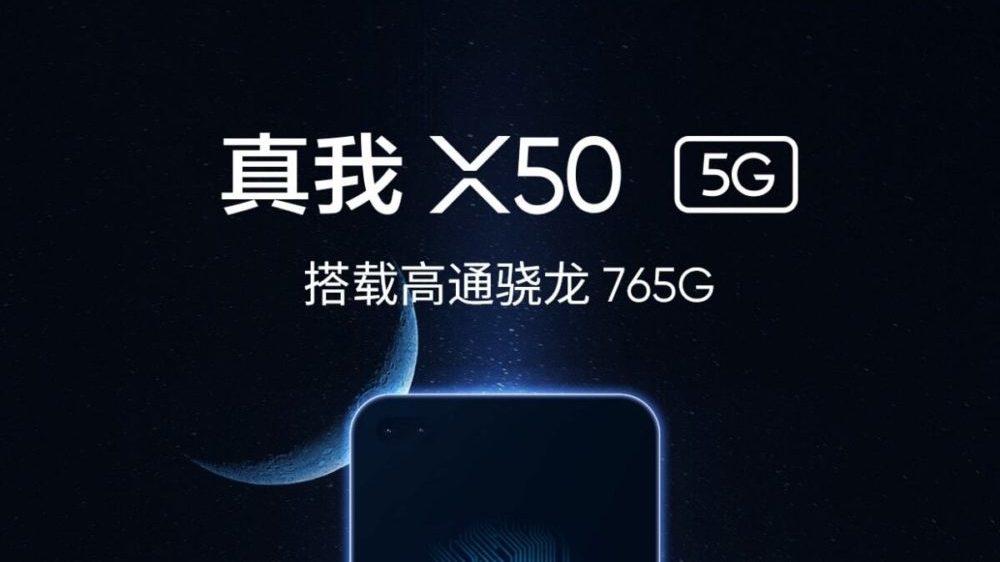 Realme is set to join the 5G club in just two weeks from now. The Chinese phone maker has been teasing its first 5G phone, the X50 5G, for a while and now, and has finally confirmed its launch date.

The Realme X50 5G has officially been announced to arrive on 7 January through a Beijing based launch event. The announcement also includes a poster that reveals two color options for the upcoming device. 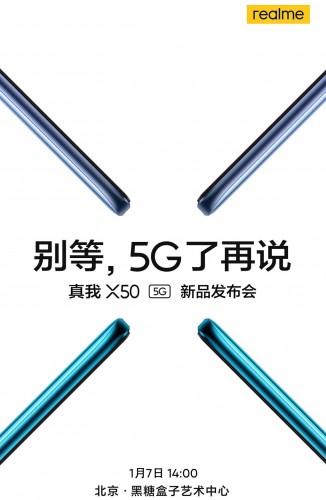 The Realme X5o 5G is expected to have a 6.6-inch Super AMOLED display with a 90hz screen refresh rate. It will probably be powered by the Snapdragon 765 SoC with up to 12GB RAM and 256GB storage.

It is also expected to feature a 64MP quad-camera sensor on its back with ultrawide and 5x optical zoom support. The front-facing 32MP dual selfie camera might be housed in a slim punch-hole cutout.

The battery is projected to be equipped with enhanced VOOC 4.0 fast charging that can charge the phone from 0 to 70% in just 30 minutes.

It is also rumored that we will also see a Lite variant, but there has been no official announcement as of yet. We will know for sure once the launch event kicks off next month.