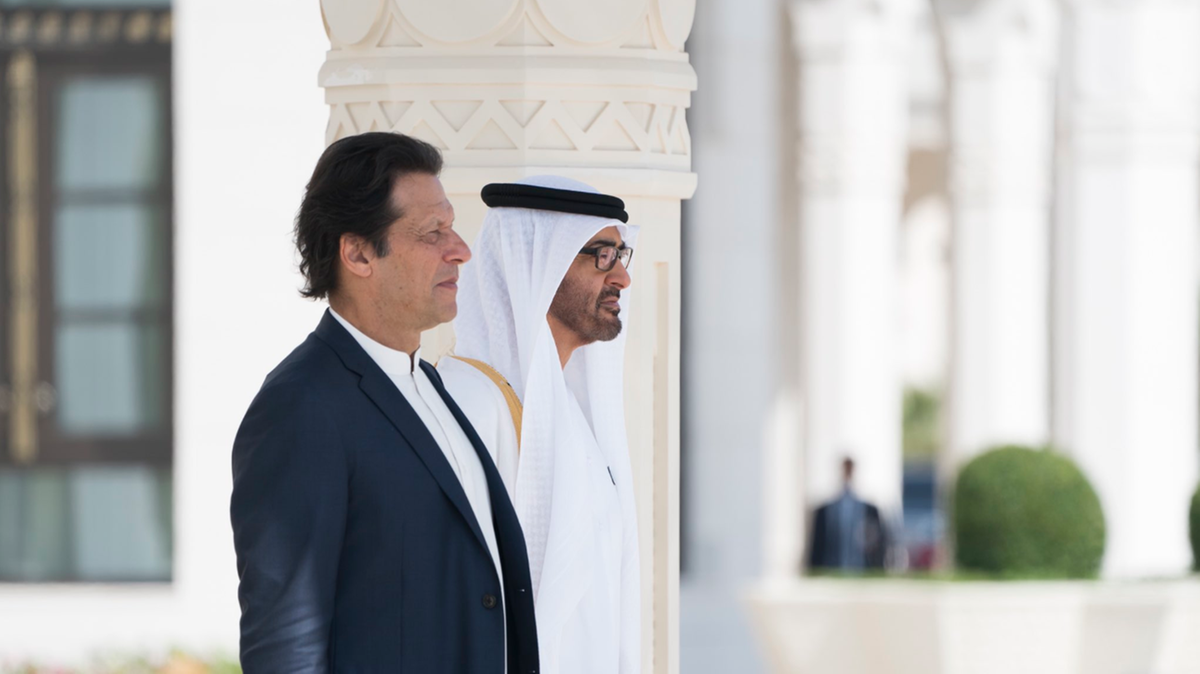 The Crown Prince was in Islamabad where he met Prime Minister Imran Khan, and the two discussed regional and international issues of mutual interest as well as ways to enhance bilateral ties.

The prime minister’s adviser on finance and revenue, Dr Abdul Hafeez Sheikh, confirmed the news in a series of tweets, thanking the crown prince for his support following a short visit to Pakistan earlier in the day.

Furthermore, he said that the money will be spent on small business promotion and jobs. “This support is testimony to the expanding economic relations and friendship between our countries”, he added.

The $200 million initiative aims to encourage innovation in projects and support entrepreneurship, to assist the Pakistani government’s efforts to create a stable and balanced national economy that will help achieve the country’s sustainable development, according to the Emirates News Agency.

”The initiative is also part of the close ties between the UAE and Pakistan and the keenness of their leaderships to strengthen and develop them, reflecting the development witnessed by their overall relations over the past decades.” said the news agency.

Crown Prince Mohamed bin Zayed, who is also deputy supreme commander of the UAE Armed Forces, said the UAE and Pakistan enjoy a strategic partnership and extended his country’s support for peace and stability in South Asia and peaceful resolution of issues.

Underlining the strategic importance of the Pakistan-UAE special relationship, the prime minister stressed the imperative of deeper economic engagement. Khan highlighted the economic turnaround in Pakistan and the growing opportunities for foreign investment as well as fruitful trade and commercial engagement with key partner countries.

The Prime Minister assured maximum facilitation for UAE investments. Among others, the possibilities in the energy and tourism sectors were highlighted. Closer collaboration in the Small and Medium Enterprises (SMEs) sector was also underlined.

The visit of His Highness the Crown Prince was the first by a foreign dignitary to Pakistan in 2020, and reflective of the special relations between Pakistan and UAE, which continue to grow deeper with the passage of time. Saudi Arabia and UAE were the first countries extending a financial bailout package to the government to deal with the balance of payment crises.