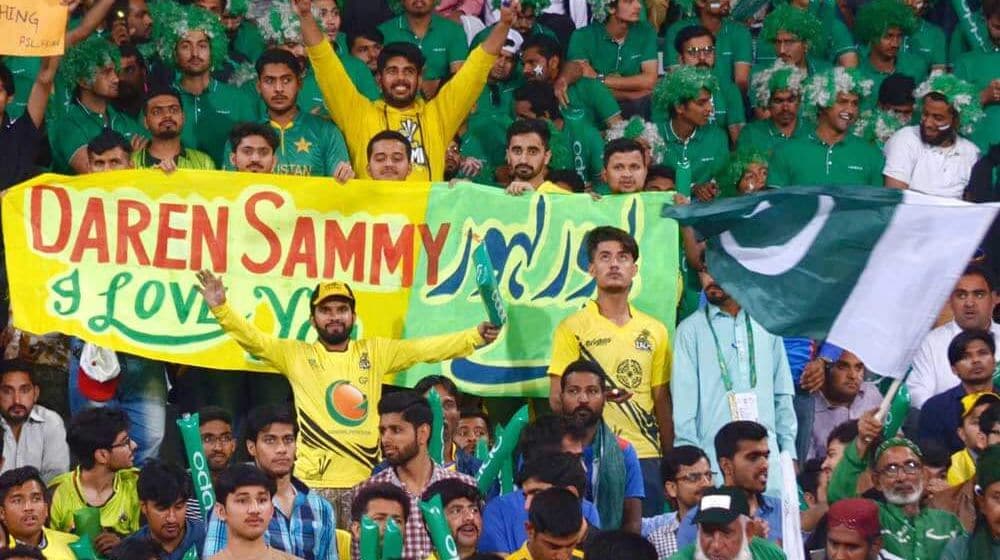 To increase fans’ engagement, the matches of the 5th edition of the Pakistan Super League (PSL) will be telecasted live on big screens in fan parks around the country.

Here’s the Team-Wise Schedule for PSL 2020

According to Cricket Pakistan, tenders for commercial partnership rights for the fan parks have been issued by the Pakistan Cricket Board (PCB) already. Each franchise will have its fan park, however, a franchise official told local media that cities like Peshawar and Quetta, where no matches are scheduled, should get these fan zones.

In the 2019 Cricket World Cup in England, thousands witnessed their favorite teams in action as cricket lovers turned up in huge numbers at these fan zones.

PSL will be played from 20th February to 22nd March across four venues including Karachi, Lahore, Multan, and Rawalpindi.

Big matches like the Pakistan-India clashes are almost always live-streamed on big screens in major cities where fans gather to enjoy the game. It remains to be seen how the public responds to the idea, however, it seems like a step in the right direction.

Do you think its a good idea to increase the interests of the fans? Let us know in the comments section.