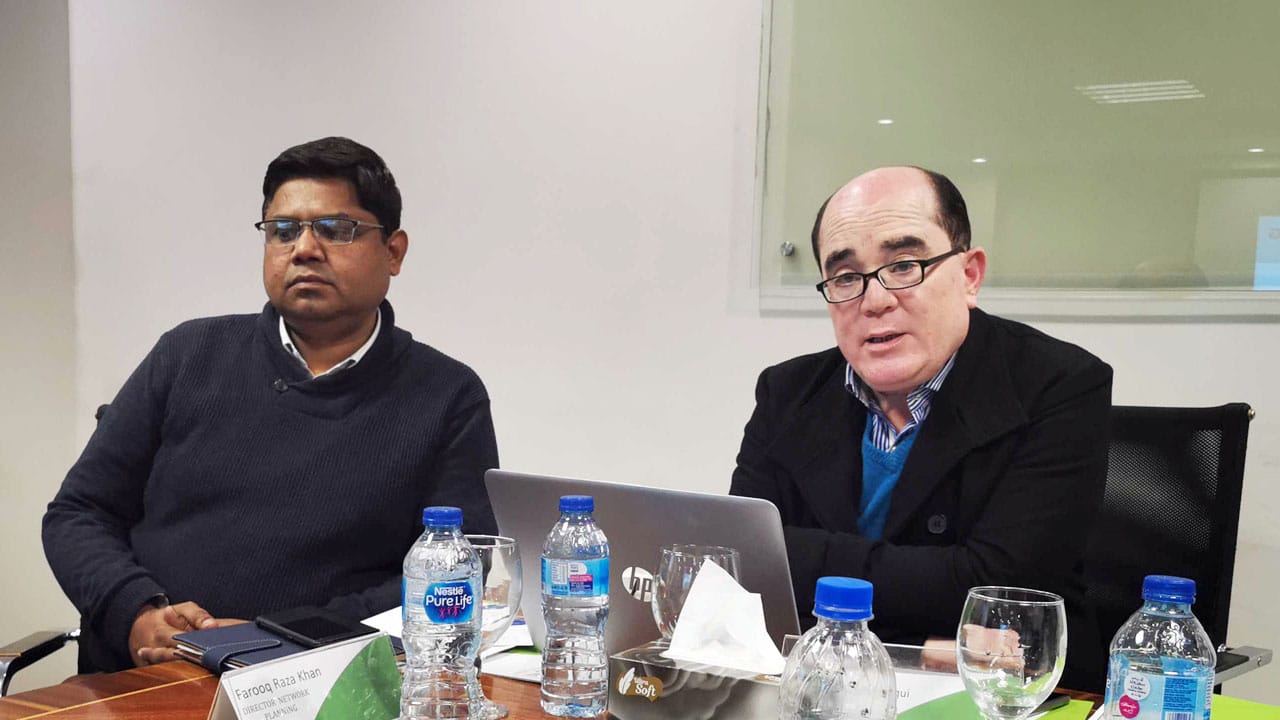 Zong has plans to invest heavily in Pakistan’s data market and the operator is all set and prepared to usher in the 5G era.

“Technologically we have an upper edge here, thanks to our parent group — China Mobile — that has already deployed more than 50,000 5G base stations in China”, said Rizwan Ahmed Siddiqui, Director Corporate Affairs at Zong.

In a media briefing in Islamabad yesterday, he emphasized that Zong understands the dynamics and potential of the data market, and that’s why it invested several hundred million dollars in 4G spectrum at a time when operators were reluctant to even upgrade their networks to 3G.

“We made 4G in Pakistan a reality”, he said.

Mr. Rizwan said that Zong considers data as the future of cellular networks and is fully committed towards investing aggressively in 5G network, as soon as they are allowed by the regulator.

He explained that the capability of launching 5G for any operator will depend on two things: technical capabilities and financial viability. He said that Zong’s fully covered on both fronts, thanks to its parent group, China Mobile.

Mr. Siddiqiui said that Zong’s focus on data services has reaped results as the company grew its market share from just 2% in 2008 to 22.2% today. He said that the company’s success can be attributed to its heavy investments in 4G.

It must be mentioned here that almost 95% of Zong’s cell sites are now on 4G with the total number crossing the 12,500 mark.

“As a part of the Chinese group, we are best positioned to attain technical synergies from Huawei and ZTE, the largest 5G infrastructure provider companies in the world”, commented Mr. Rizwan Siddiqui.

He further explained that financial viability of 5G network rollout is also covered as 5G investments from Zong will come under the head of CPEC. “China Mobile, under the CPEC program, is fully committed to invest in latest technologies in Pakistan”, Mr. Rizwan emphasized.

He said that Zong’s investment in Pakistan will not only benefit Pakistani consumers but as it’s one of the largest CPEC companies, the 5G infrastructure will also be used by Chinese companies operating in the country.