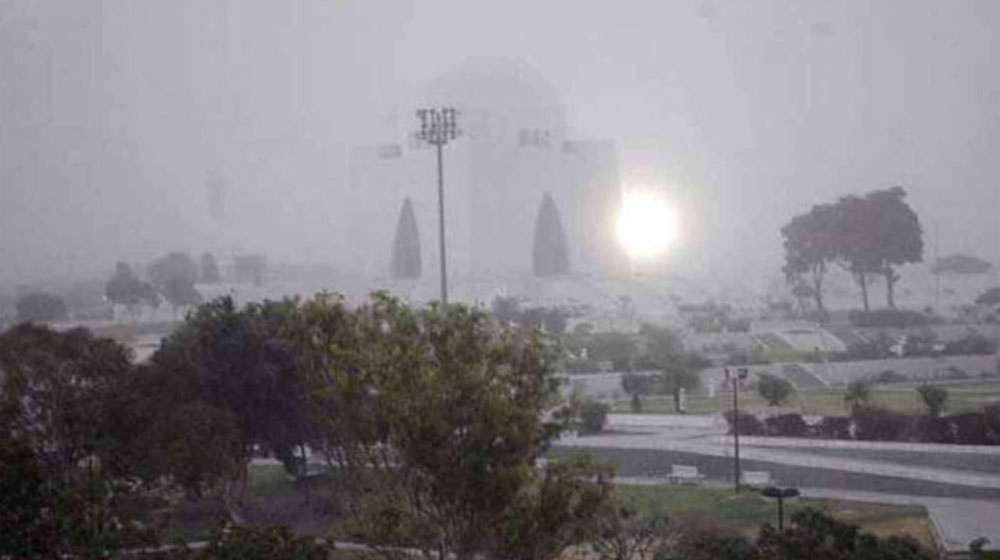 A westerly weather system, that caused drizzle and cloudy weather in Karachi, has now moved to Balochistan.

The Pakistan Meteorological Depart (PMD) said this on Monday, adding that a new cold wave, witnessed today, will last until January 18.

With the chilly weather setting new records, the mercury is expected to drop as low as 3 degrees Celsius in the port city, leaving the citizens to shiver with cold. This will be Karachi’s lowest temperature in its over 70 years of recorded history.

The lowest recorded temperature in Karachi was 3.3 degrees Celsius, on 11 February 1950.

Temperature Drops to Its Lowest in Years in Karachi

Different parts of Karachi received drizzles and light rain on Sunday night amid the Siberian wind system freezing the city.

As per the PMD report, the new rain system will cause widespread rains across the country with downpour expected in parts of Khyber Pakhtunkhwa, upper and central Punjab, Islamabad, Gilgit Baltistan, and Kashmir on Monday and scatted rains in south Punjab and north-western Balochistan.

Karachi to Get Early & Cooler Winters Than Usual

Snowfall is also expected in the upper parts of the KP, GB, and Kashmir today.

The new rain system has not only dropped the mercury across the country but has disrupted the flight schedule as well.