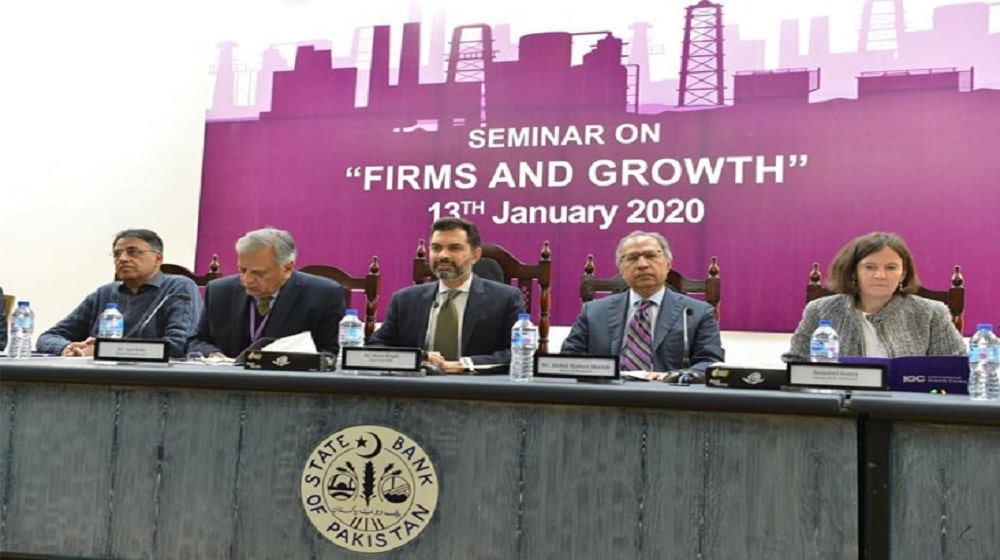 There is a need to shift from an inward-oriented to an outward-oriented economy that puts a greater emphasis on exports to achieve high and sustained growth, said State Bank of Pakistan (SBP) Governor Reza Baqir.

He was addressing the audience of a day-long seminar on ‘Firms and Growth’ organized jointly by SBP, the International Growth Center (IGC), the Consortium for Development Policy Research (CDPR) and the Pakistan Business Council (PBC) at SBP Karachi on 13th January 2020.

Giving his introductory remarks in the first session of the seminar, the Governor illustrated the inward-oriented focus of Pakistan’s historical economic growth that has relied primarily on domestic consumption.

He elaborated that Pakistan’s competitor countries have relied on exports as an engine of growth. He noted that the top 25 percent of emerging markets and developing countries have grown at an average rate of 7 percent since 2001. To reach this average growth rate it was critical for Pakistan to achieve significantly higher export growth.

Dr. Abdul Hafeez Sheikh also addressed the seminar and discussed measures being taken by the government to improve the business environment. He also emphasized the role of export diversification and that the government is committed to working in partnership with the private sector to address the factors which had previously constrained Pakistan’s growth.

Asad Umar spoke about the commitment of the new government to improving job creation and competitiveness, and to put an end to the several policy biases of the government. He highlighted the government’s protection of uncompetitive sectors over the past many years which remained detrimental to economic growth.