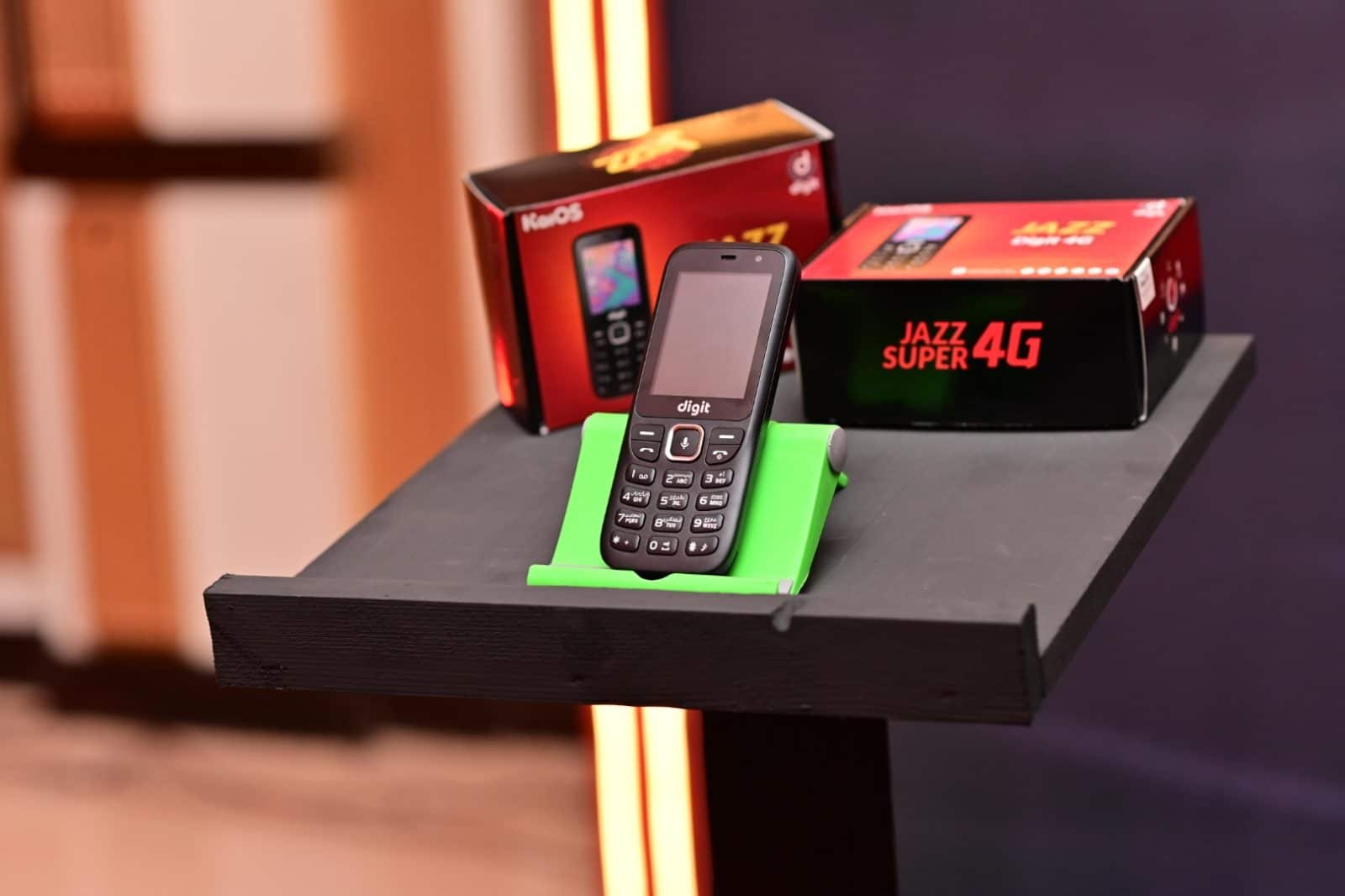 Yesterday, Jazz launched a 4G enabled feature phone for just Rs. 1800. The phone can run some “essential” apps, such as Google Maps, Whatsapp, Faecbook, YouTube, Google Assistant among others.

While telecom operators have introduced several devices in the past, this specific phone is a major breakthrough and I think it has the potential to become one of the major contributors towards the dream of a Digital Pakistan.

Keep reading to know why. 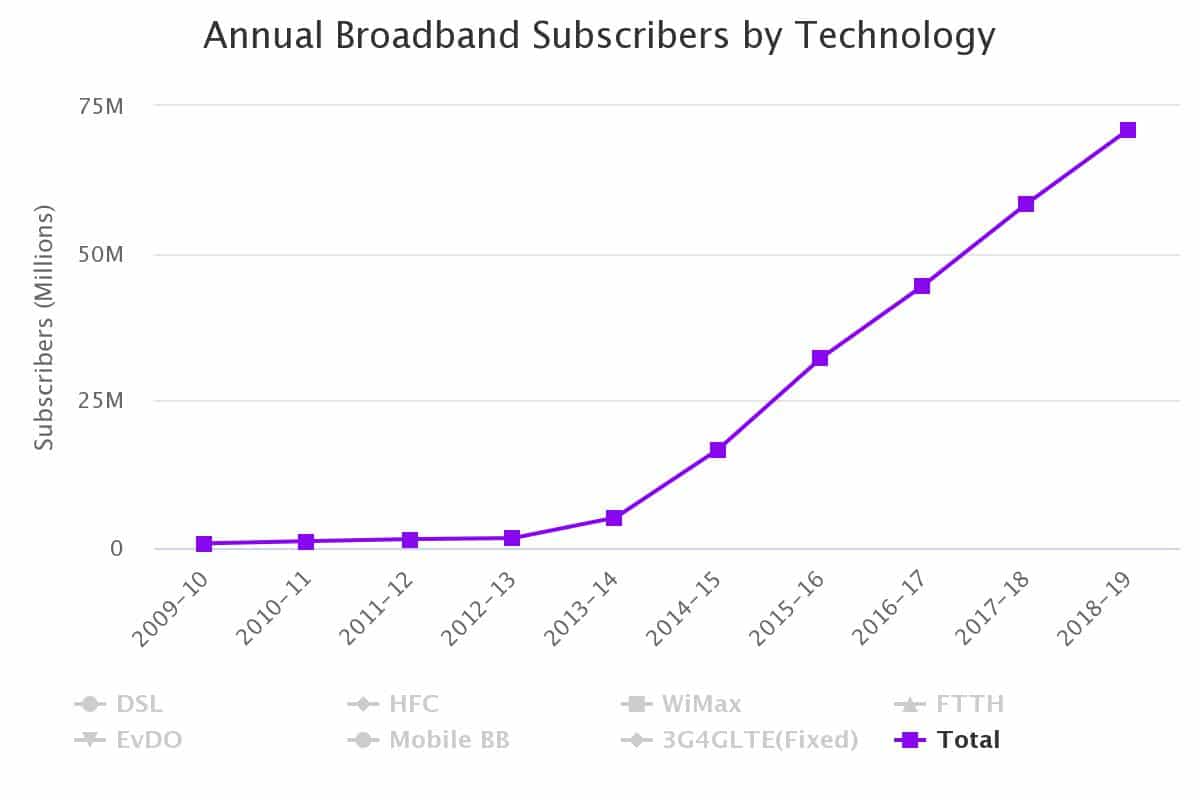 The graph above clearly shows that new subscribers are coming onto the internet at a steady rate, but if you factor in elements such as coverage of 3G, 4G networks, awareness, social needs etc. then it’s apparent that the growth trend is negative and might get only slow with time.

This essentially means that the number of new 3G, 4G subscribers in 2018/19 remained the same as they were in 2014/15, when there was lesser coverage, lower peer pressure and higher tariffs. So why is the growth trend flattening even as seemingly all barrier to entry become lower with time?

The answer is affordability. 3G and 4G tariffs in Pakistan are one of the lowest in the world already so the specific culprit, in this case, are Smartphone prices.

Even in 2020, when apps like Careem, Bykea, Whatsapp etc. have become basic needs, there are still 90 million phone users in Pakistan who aren’t connected to the internet.

These tens of millions of people are mainly hindered by smartphone prices since even if they go for the cheapest option in the market, it still costs PKR 6,000.

This is why we think this PKR 1,800 phone will play a decisive role in enabling a Digital Pakistan, as it can be afforded by anyone who wants a phone.

While the generally accepted numbers say that a 10% increase in internet usage impacts the GDP by 1.38%, we’re unsure just how much this would hold considering the massive population of 70 million people who are internet users in Pakistan. One thing is for sure though, it’s a sizeable impact on the GDP.

Despite the fact that there isn’t any concrete data on how internet businesses are impacting Pakistan’s economy, the social impact from the likes of Careem, Bykea, the rise of e-commerce, the increase in volume of digital wallets, is immense. And it is clear that 70 million internet users are contributing to the national economy.

Another 70 million users on the internet will mean that everything that we have achieved so far will only be doubled. And if we somehow get a payment gateway in the next couple of years (which is very likely), then the economic impact will be multiple-fold.

And we can tell you that all this is possible with Jazz Digit 4G, the phone that’s priced at just PKR 1,800. And if you are wondering why am I putting all my focus on a single phone, that’s because I don’t see any other phone with such features and quality in this price range.

Moreover, Dr. Sania Nishtar’s presence at yesterday’s launch might mean that the Ehsaas or Kafalat programs distribute 5.5 million of these devices to Pakistanis and if that happens, Jazz Digit 4G could become one of the most impactful product launches in Pakistan’s history.

This tweet actually hints on what I mentioned above.

A bit About Phone

And If you want to know more about the phone, here are the highlights: 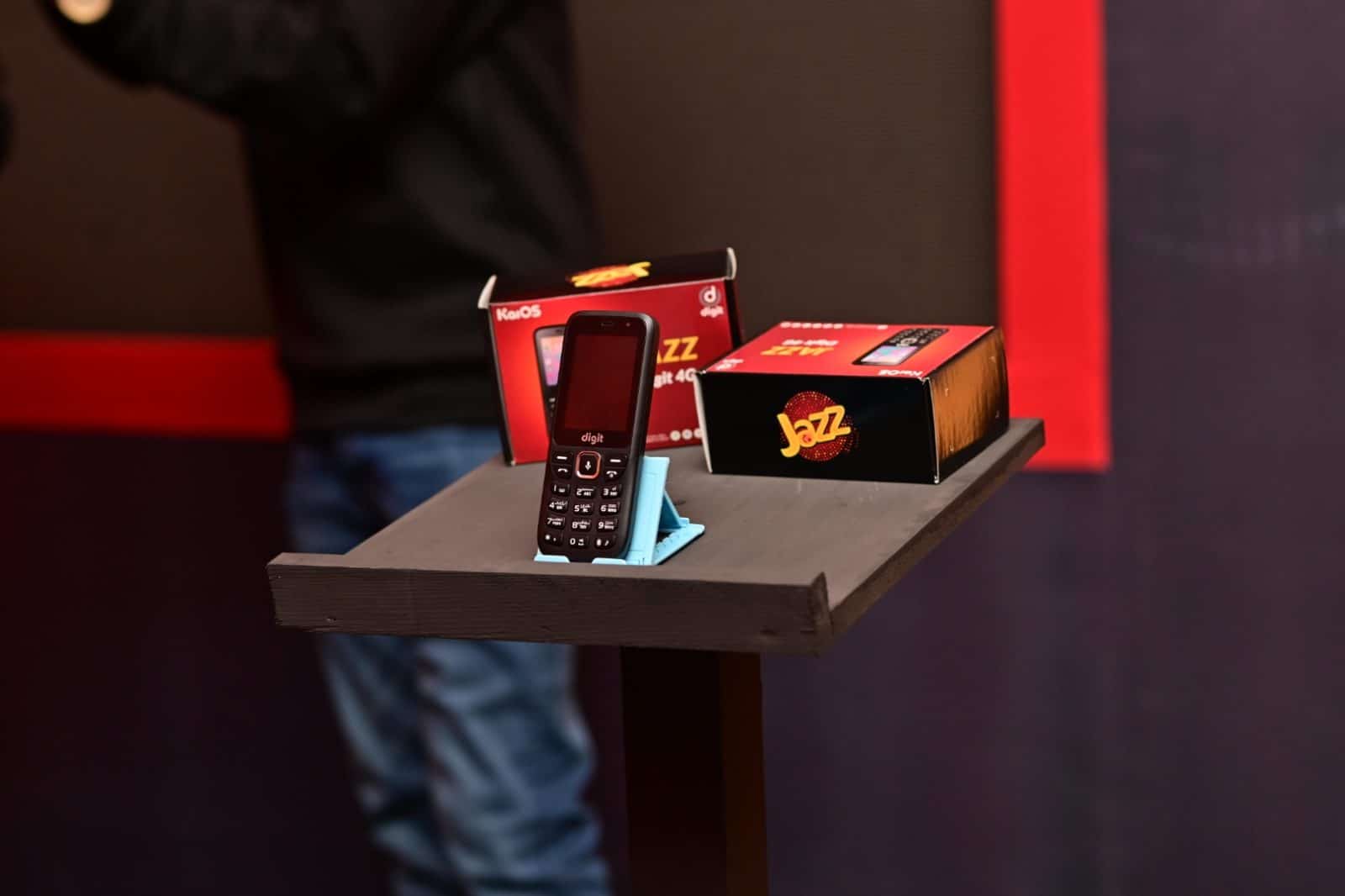