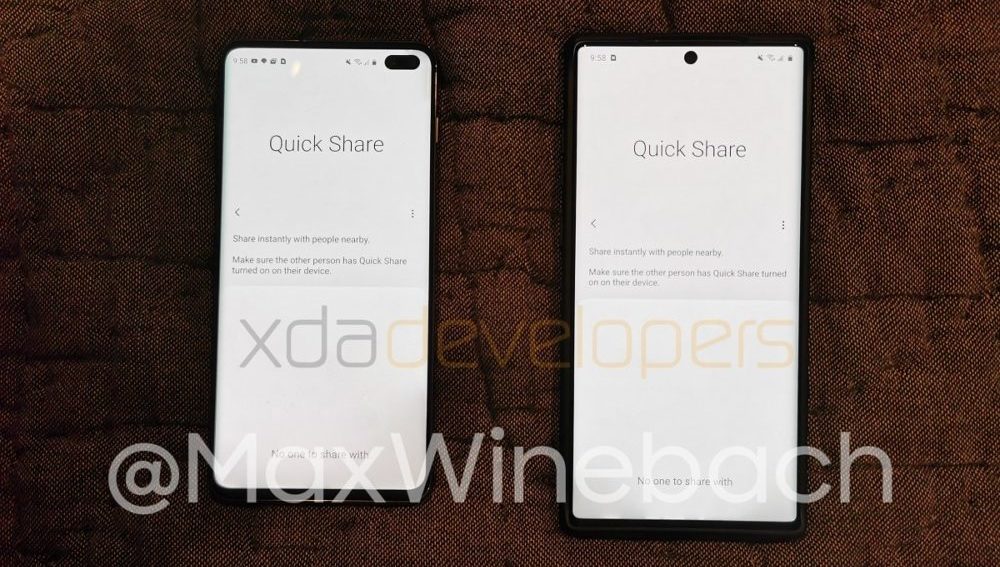 Android phone makers are working to release their own versions of Apple’s Airdrop, a feature that allows quick file sharing between devices in range over WiFi and Bluetooth. Google is ready to roll out Fast Share and Chinese Smartphone makers have formed an alliance to launch their own take on the feature.

Now, as per an exclusive report from XDA Developers, Samsung also has a similar feature in the works known as Quick Share which will work on all Samsung smartphones. They were able to test the new feature thanks to an APK running on a few Galaxy phones.

Quick Share will allow instant file sharing with nearby devices with all Samsung phones and tablets. The only requirement is that both the phones need to be running Quick Share with their visibility on.

There will be two options to choose from including “Contacts Only” and “Everyone”. Contacts Only will let you can share files and media with other Samsung Social users in your contacts, whereas Everyone will allow file sharing with anyone using a supported device in your area.

Quick Share is expected to roll out once the Samsung Galaxy S20 series goes official and older devices will get the feature as part of the One UI 2.1 update.