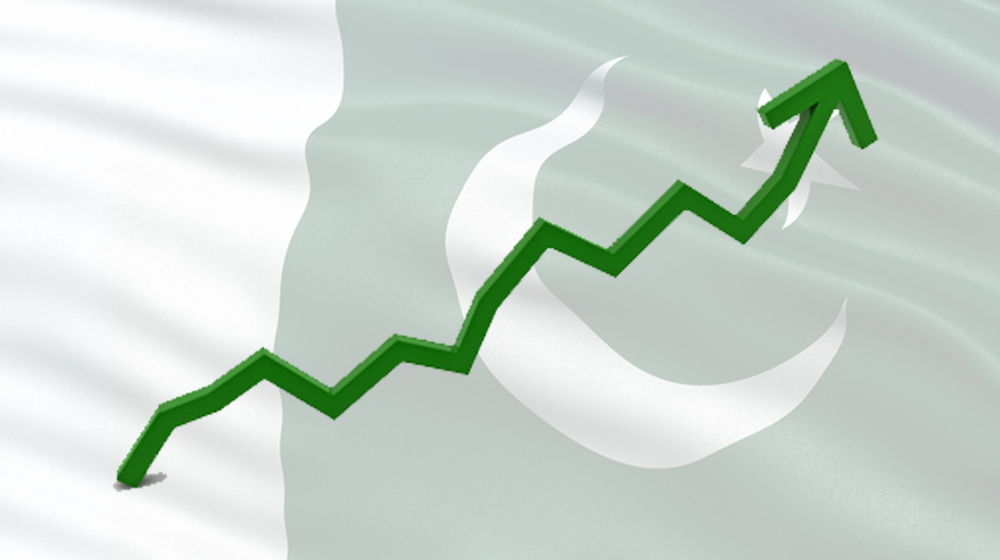 The Economic Freedom Index 2019, compiled by the Washington-based Heritage Foundation, has given Pakistan a score of 55.0 on a scale of 0 to 100.

According to the report, Pakis­tan’s overall economic freedom score has increased by 0.6 points to 55.0. The report pointed out higher scores for judicial effectiveness and property rights outpacing declines in monetary freedom and fiscal health.

Pakistan is ranked 32nd among 43 countries in the Asia-Pacific region, and its overall score is below the regional and world averages.  The report highlighted that some aspects of economic freedom have advanced modestly in Pakistan in recent years, decades of internal political disputes and low levels of foreign investment have led to erratic growth and underdevelopment. It said that excessive state involvement in the economy and inefficient but omnipresent regulatory agencies inhibit private business formation.

It further added that ”Lack of access to bank credit undermines entrepreneurship, and the financial sector’s isolation from the outside world slows innovation. The judicial system suffers from a serious backlog and poor security, and corruption continues to taint the judiciary and civil service.”

The combined value of exports and imports is equal to 25.8 percent of GDP. The average applied tariff rate is 10.1 percent. As of June 30, 2018, Pakistan had 66 non-tariff measures in force. About 25 percent of adult Pakistanis have access to an account with a formal banking institution. The report highlighted that excessive state involvement in the economy and restrictions on foreign investment are serious drags on economic dynamism.

The report stated that protection of property rights is weak in the country. Although technically independent, the judiciary is subject to influence from extremist groups and high-ranking political officials.

It highlighted that courts are slow, outdated, and inefficient. Corruption, including bribery, extortion, cronyism, nepotism, patronage, graft, and embezzlement, is so pervasive in politics, government, and law enforcement that the public has come to regard it as normal.

The report points out that Pakistan’s tax system rema­ins complex despite reforms to cut rates and broaden the tax base. The top personal income tax rate is 30 percent, and the top corporate tax rate has been cut to 30 percent. The overall tax burden equals 12.4 percent of total domestic income.

Over the past three years, government spending has amounted to 20.3 percent of the country’s output (GDP), and budget deficits have averaged 5.1 percent of GDP. Public debt has risen to 67.2 percent of GDP. 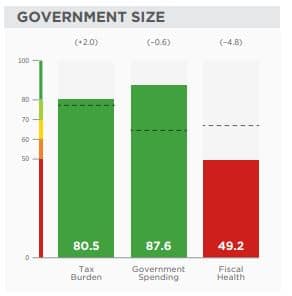 The report points out that progress in improving the entrepreneurial environment has been modest. The cost of completing licensing requirements is still burdensome. A large portion of the workforce is underemployed in the informal sector. The government’s 2018–2019 budget increased spending on subsidies for the construction sector and for such items as food (especially sugar), power, water, and textiles by 36 percent. 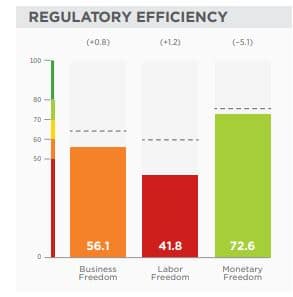 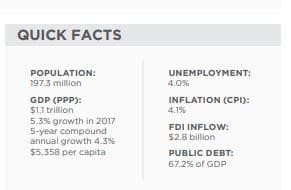