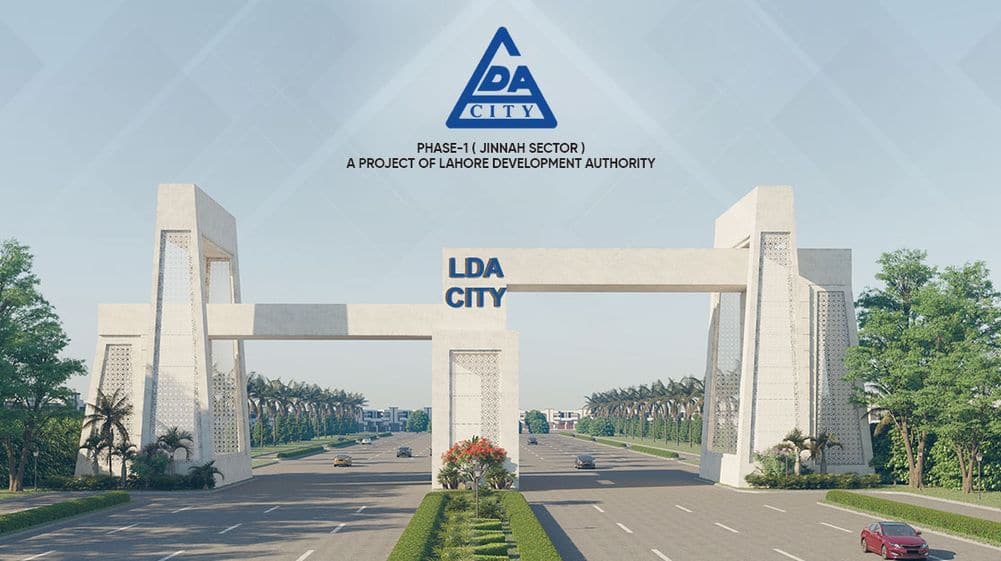 LDA City has been in the news a lot over these past few years – and not always for the right reasons. So it was hardly surprising that many people who had bought files there soon grew quite apprehensive of their decisions; especially with the involvement of the Supreme Court and several government agencies as they attempted to dispel people’s legitimate concerns regarding their investments.

The last couple of months seem to have been particularly busy for the project, so we did a little digging to find out all there is to know about its latest state of development.

And it revealed that LDA City still has a lot to offer to anyone hoping to score some solid returns on property investments, or even in building a comfortable home connected seamlessly to the city-centre.

For the uninitiated, LDA City, a high-end housing project, was launched by the Lahore Development Authority (LDA) between 2015 and 2016. At its founding, it came with the ambitious developer claim of being ‘the largest residential scheme in the city’ (to be set over a total Phase I land area of 41,000 kanals) – with some even calling it the country’s largest public housing scheme at the time.

As a state-of-the-art residential facility, it is intended to house more than 50,000 families.

Considering that it is an LDA initiative and that it was launched during the absolute boom-period of Pakistani real estate, its debut was highly anticipated.

Since the court’s involvement, LDA City has only progressed on an upward trajectory in terms of development and price appreciation.

Mid-late 2018 onwards, the court actively started to scrutinize the situation in LDA City. The land required for the project had not been fully acquired yet, causing people’s investments to suffer. Those who had been looking forward to taking up residence were left empty-handed.

Then, nearly a year ago, the court settled the case by directing the concerned authorities to compensate the people who had been affected by the project’s land acquisition concerns. The then-Chief Justice of Pakistan, Justice Saqib Nisar, issued orders to provide 9,000 people with their land portions – and asked for monthly progress reports.

2. Land Acquisition Completed for Phase I

Soon after the court’s orders, the project’s development partners actively started transferring land possession to the authority. By the end of 2019, the land for Phase I’s construction had all been consolidated.

Pro Tip: If you’re looking to buy property in LDA City, now may be the perfect time to invest; since plot prices are expected to jump significantly post-ballot.

Recently, the project authorities announced the construction work of the 200-feet (nearly 2.4-kilometres-long) ‘Chenab Road’ – a major development for LDA City; meant to complement the ongoing construction work in Phase I – Jinnah Sector. The complete developmental cost of this undertaking amounts to PKR3 billion, the total budgetary allocation for the project under this fiscal year.

The Chenab Road is expected to ease access to LDA City from the Lahore Ring Road, Ferozepur Road and Defence Road. LDA has already invited applications for prequalification of contractors for its development – with a submissions deadline set for January 27.

Recently, the LDA City administration announced that developed plot possessions would be granted within two years.

So in retrospect, while the past may have been slightly bumpy for the project, its current state of all-round ascent is exactly what buyers and investors could hope for. And, moving forward, its developmental pace is highly unlikely to slip – as a number of state and private sector authorities (most notably Zameen.com; which recently acquired the exclusive sales and marketing rights for a large project segment) are closely monitoring its progress.