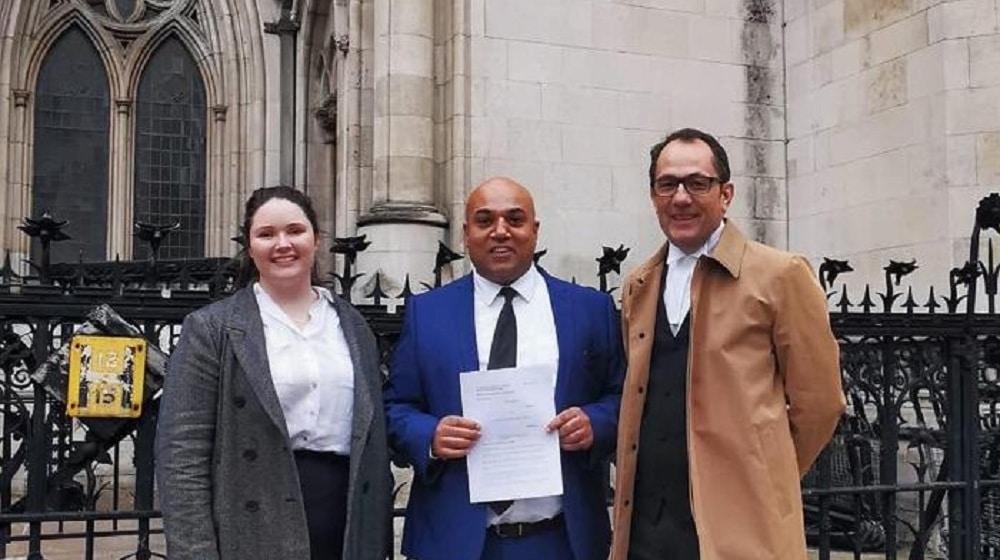 The Daily Mail, a British news publication, has reportedly reached an out of court settlement worth £1.2 million with a British Pakistani taxi licensing officer Wajid Iqbal after the former accused him of being a fixer for pedophile taxi drivers.

“Scandal of the mini-cab predators” authored by journalist David Rose was published in the Daily Mail on 14 May 2017. The story alleged that Wajid Iqbal was a part of an international pedophile ring.

Following the devastating effects the story had on the Wajid’s professional and personal lives, he decided to take Associated Newspaper Limited (ANL), the company that manages Daily Mail, Mail Online, and Mail on Sunday, to court.

Defamation law specialist Mark Lewis of Patron Law represented Wajid Iqbal in the defamatory case whose proceedings were set to begin in April 2020 at the London High Court. However, in November 2019, ANL started negotiating with Wajid Iqbal for an out of court settlement.

The clarification published by the Daily Mail on Sunday reads:

The Mail has apologized to a council worker who it wrongly accused of acting as a ‘fixer’ for cab drivers in Rochdale who were committing crimes against young girls. An article on May 14, 2017, published in this newspaper and on the Mail Online website, headlined ‘Scandal of the mini-cab predators’, caused ‘huge and continuing distress’ to Mr. Iqbal, a council licensing officer.

These allegations were false. They have caused huge and continuing distress to Wajid Iqbal. Therefore, ANL has agreed to apologize and pay Mr. Iqbal substantial damages.

I cannot avoid reaching the conclusion that the Daily Mail chose to defame Wajid Iqbal because he is a Muslim. They believed their own article, they chose to defend saying it was true. It wasn’t and they were forced to drop their defense. This was a classic case of anti-Muslim bigotry by a mainstream publisher to their very substantial readership. Regrettably, that readership has been misled into a prejudiced position. Newspapers have a responsibility to tell the truth to their readers, when the truth is the casualty, the subject of the story is the victim.

In the current times, being called a pedophile is the worst allegation. We all have got mothers, daughters, and sisters. My family is heavily involved in the local community and my elder brother Mohammad Iqbal is a Labor County Councilor and leads the Labor group in Pendle. When the allegations were published, my life and the lives of everyone around in my family crumbled.

Recalling the effects of the defamatory article, Iqbal said:

I come from a hugely respectable Pakistani/Kashmiri background. My parents worked hard to educate us and gave us a good upbringing. However, the defamatory article completely ruined my life. I was rendered jobless, used anti-depressants, and could not face my children.

In the news piece headlined ‘Scandal of the mini-cab predators’, David Rose alleged that Wajid Iqbal renewed the license of a taxi driver named John O’Sullivan.

John O’Sullivan had once been found guilty of sexually abusing an autistic child. David Rose contended that Wajid Iqbal had links to a much bigger pedophile ring of Asian men that were sexually exploiting children.

He wrote that Wajid Iqbal was a fixer for pedophile taxi drivers in Rochdale and renewed their licenses without any incriminating evidence against Iqbal.

Read the clarification from the Daily Mail in detail here