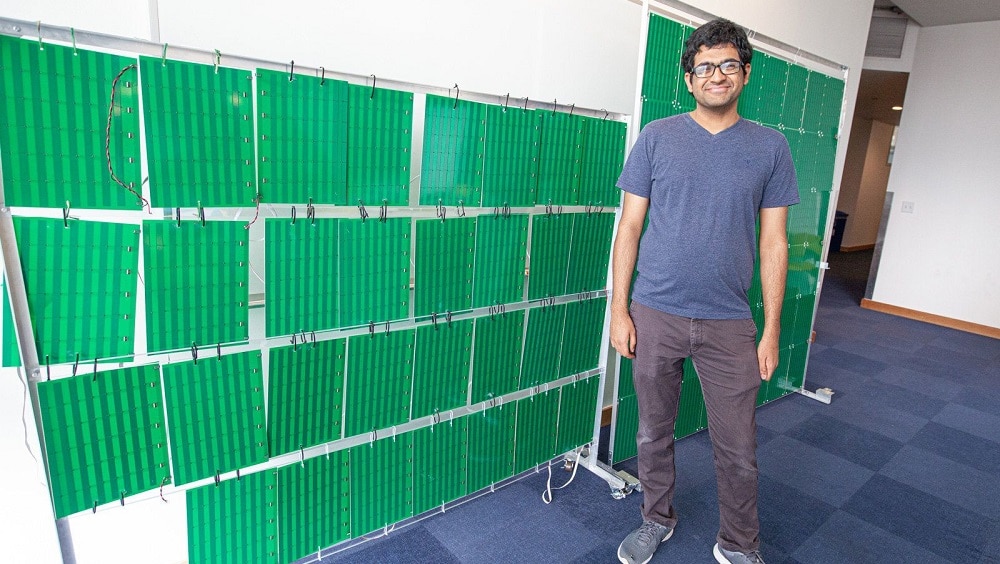 With the internet of things becoming mainstream and people using more and more smartphones, manufacturers are continually facing the issue of maintaining a good signal due to a lack of space for antennas. Modern-day electronics are growing smaller and sleeker, which is why manufacturers are struggling with the internals.

However, the Wi-Fi signal strength issue might be coming to an end thanks to MIT CSAIL researchers who have come up with the RFocus “smart surface” that works as both a mirror and a lens. The surface will focus the Wi-Fi signals on the right device improving the overall median strength of the signal by 10 folds.

The RFocus, instead of using a single antenna, is designed by combining more than 3000 antennas. These mini antennas are arranged to maximize their reception. Hence, it acts as a beamforming controller in the middle of transmitters and client devices.

As far as the production cost of the array is concerned, every mini-antenna costs a few cents. Moreover, according to the researchers, the antennas would consume little power as compared to other conventional systems. Since the RFocus does not use any signal amplification, the antennas don’t emit any power.

Researchers are still not sure if and when the RFocus will be seen in commercial products, but the team is working on simplifying and refining the device so that large-scale production can be facilitated. This new technology can play a revolutionary role in 5G as well.