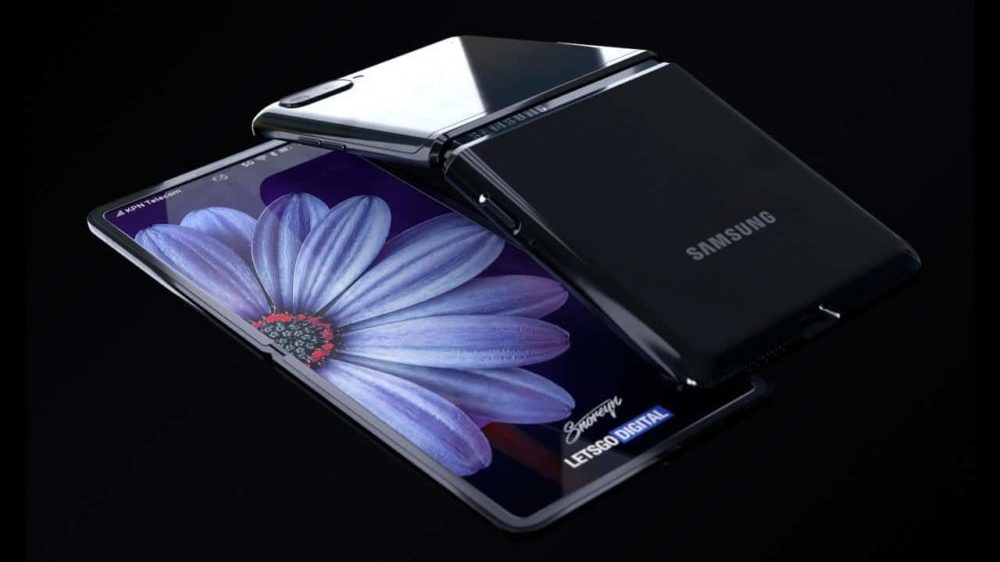 Samsung is all set to launch its second foldable phone (Galaxy Z Flip) on 11th February 2020. The smartphone will be launched alongside the highly-anticipated Samsung Galaxy S20 series and is expected to cost less than its predecessor. Here’s the Samsung Galaxy Z Flip Price in Pakistan in case you want to check that out.

Based on the plethora of leaks and rumors, the smartphone looks pretty promising. Just ahead of its launch, the Galaxy Z Flip was spotted in a hands-on video posted by Yunis Ali, who goes by the twitter handle @sliverarow.

Even though the video is small, it gives us a glimpse of what the upcoming smartphone has in store for us.

The 20-second clip shows the purple variant of the smartphone and reveals that the Samsung Galaxy Z Flip has an extremely reflective body. It will come with a horizontally aligned dual rear camera system mounted beside the mini display that shows important notifications and time.

When unfolded, the smartphone has a tall Infinity-O display, that will feature 2636 x 1080 resolution and a 22:9 aspect ratio. There’s a button on the top of the phone, however, we are unsure whether it is a power button or not. The fingerprint sensor is mounted on the side.

In other news, Roland Quandt, a famous leakster, tweeted that the smartphone will cost €1599 for the European buyers and will cost $1400 in the US.

Samsung Galaxy Z Flip will likely set us eurolanders back a smooth 1599 Euros. At least if retailers are to be believed.

Although it’s lower than what the Galaxy Fold cost at launch (around $2,000) it’s still quite expensive and not in the realm of other flagship smartphones. We’ll have to wait and see how it pans out for Samsung in the future.