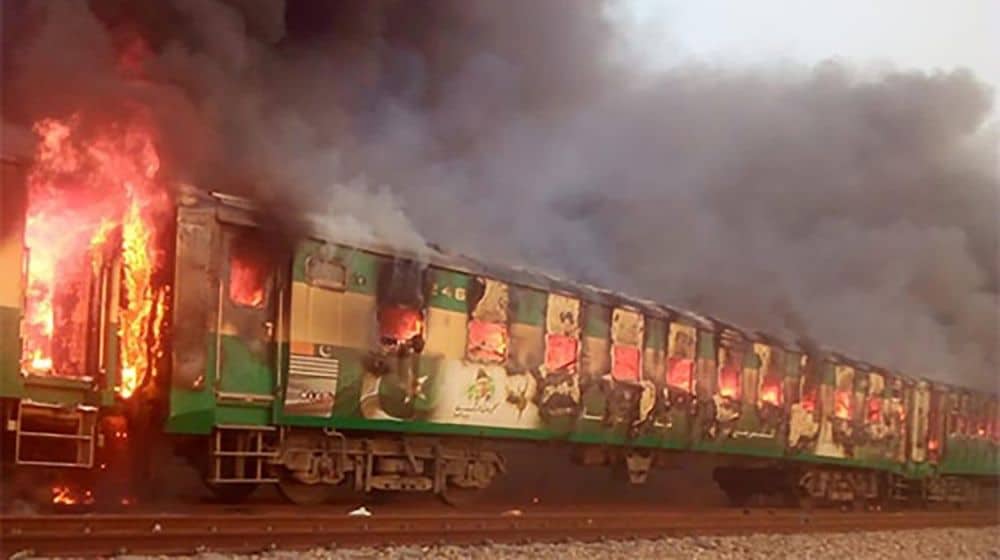 Thanks to passengers’ timely protests, a train near Multan avoided major disaster as the onboard Kerosene oil started leaking during the journey on Monday.

The carelessness by the Pakistan Railways staff could have been disastrous if not for some passengers who noticed the leak and informed the authorities at the earliest. It was then offloaded at the next station.

Last year, the Tezgam train incident killed 75 people on 30th October 2019. The inquiry report has revealed that the disaster resulted from a short circuit in the train’s kitchen which was due to an illegal electricity connection from the adjoining bogie.

The initial reports claimed that the train caught fire due to a cylinder blast, however, the latest findings negate it, claiming that a short-circuit in an electric kettle’s wiring caused the fire.

What are your thoughts on the story? Let us know in the comment section.