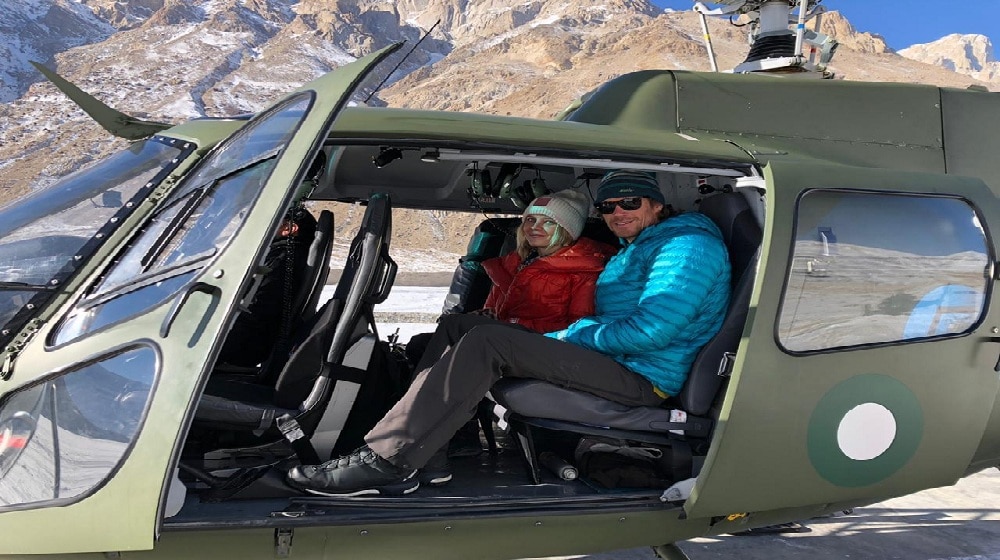 Pakistan Army has airlifted a Canadian and Finnish mountaineer stranded on the Baltoro glacier at the Broad Peak Mountain in the Karakorum Range, ISPR confirmed yesterday.

Donald Allen Bowie from Canada and Lotta Hintsa Nakyva from Finland got stuck at the mountain after they succumbed to severe altitude sickness.

The climbers were part of a 3-member international expedition led by a Russian-Polish climber Denis Urubko.

Here is the image released by ISPR of both climbers sitting in a military helicopter: 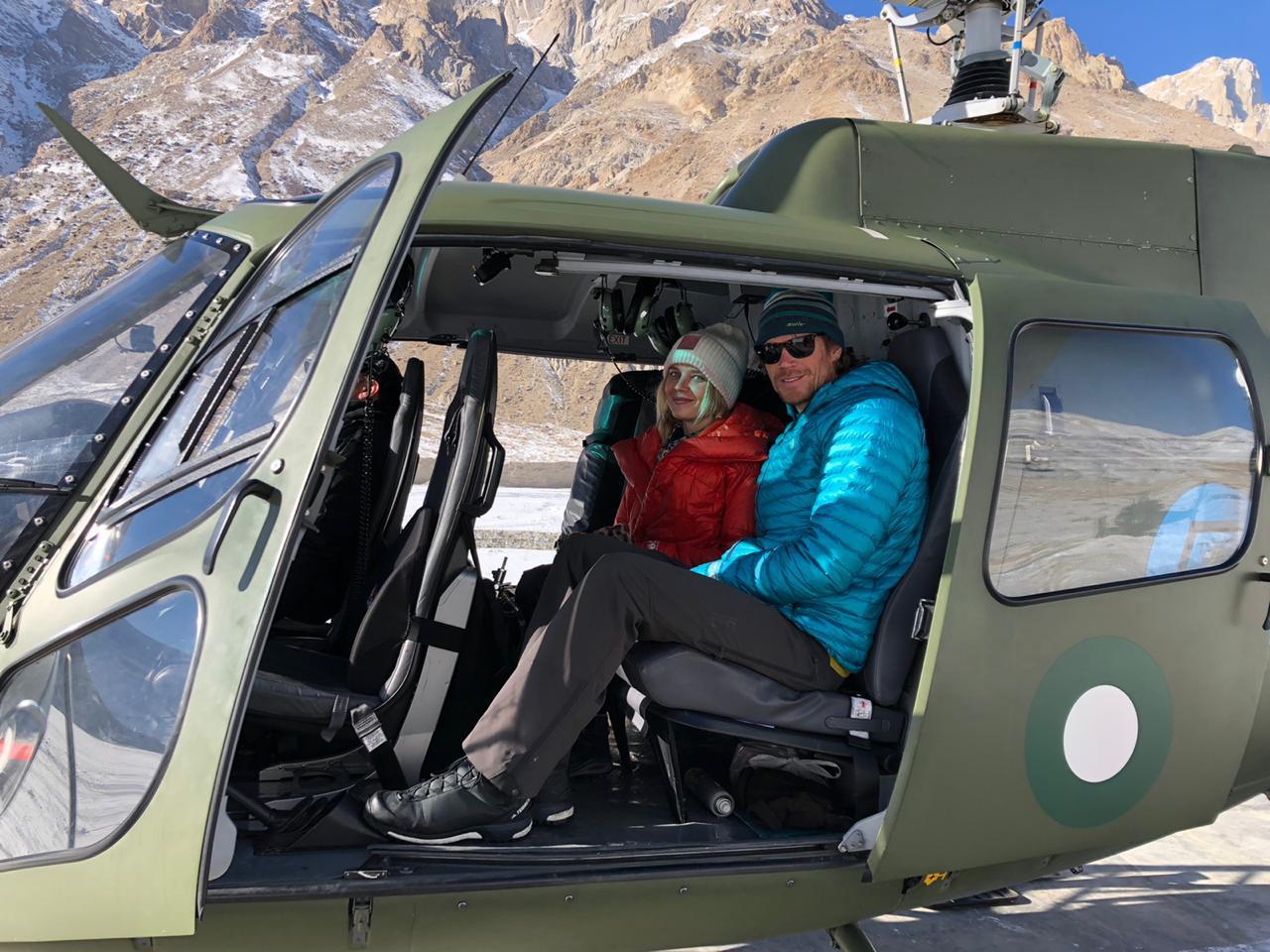 Here is the video of the rescue operation released by the ISPR:

We got caught in a storm. My right hand was going numb, along with my toes. I was frozen to my core. We kept on climbing until somewhere around 6600m when Donald made the decision to set camp. Long story short, we stayed there for 2 nights. We were running short of food and gas in extremely cold weather. We took a beating from some extreme winds at the camp but eventually got down yesterday to base camp.

Throughout this entire expedition, I fought every day as hard as I could, climbing in the bitterly cold day in and day out, staying committed and focused and determined to summit the mountain. However, ever since my early chest infections, my coughing has become worse and worse. Each night my lungs became more congested, my coughing fits more frequent and violent.

Broad Peak is situated in the Karakorum Range at the border region of Pakistan, China, and India. It is 8,051 meters high and 12th highest mountain in the world. A group of Austrian mountaineers ascended Broad Peak for the first time in June 1957.