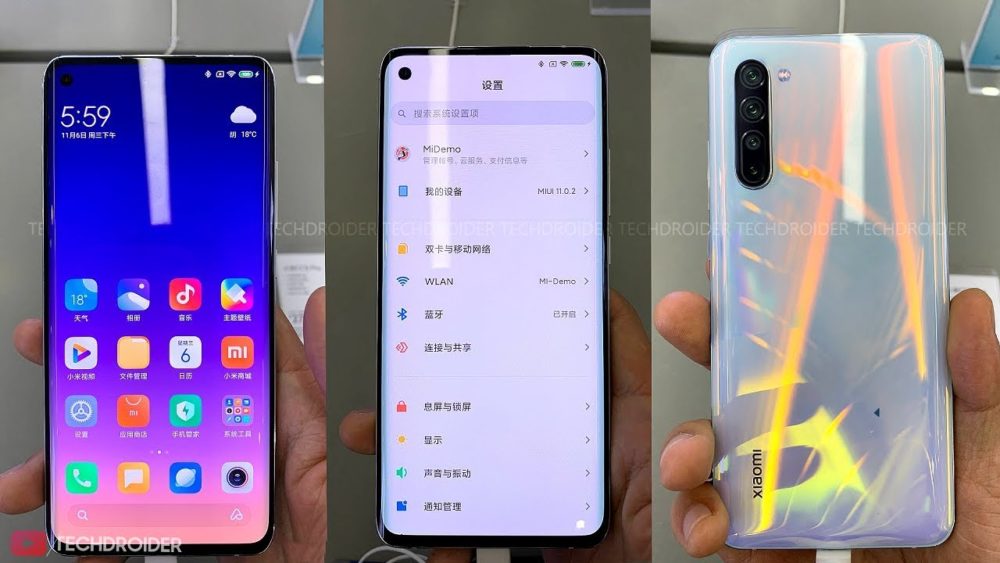 February is shaping up to be a busy month as multiple new smartphones are expected to be revealed in this month alone. Xiaomi, not wanting to be left behind, has finally revealed the date of the launch of their new flagship, the Mi 10, and has also released a poster that shows off the design of the upcoming device.

The Mi 10, being a flagship, is expected to be a powerhouse when it comes to specifications. Xiaomi recently tweeted the following:

This confirms that the Mi 10 will be unveiled on 23rd of this month at the Mobile World Congress (MWC) in Barcelona, Spain. Xiaomi’s twitter handle says #First108MPPentaCam, however, Samsung will be beating them to the punch by revealing their Galaxy S20 Ultra with a 108MP quad-camera setup. 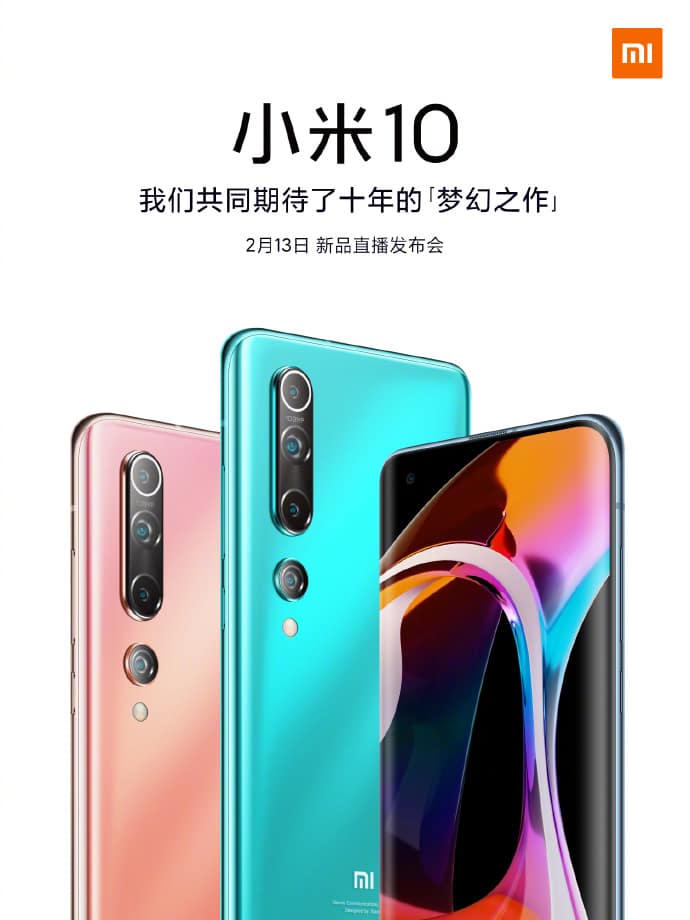 The poster, uploaded on Xiaomi’s Weibo account shows off the design of the Mi 10. The Mi 10 appears to be using a bezel-less, curved display, much like the Galaxy S series. There’s a front-facing camera on the top left of the display and 4 more cameras arranged vertically on the back. The 108MP branding on the camera module is visible as well.

Xiaomi has always been excellent in providing value for money for its entire lineup, especially the flagship series, and the Mi 10 is no exception. The 6.4-inch AMOLED display is going to have a 120Hz refresh rate for the Pro model and FullHD+ resolution. The non-Pro variants might see a 90Hz display instead.

The Mi 10 is also rumored to come with the Qualcomm Snapdragon 865 chipset. It is confirmed is that it will be using LPDDR5 RAM and UFS 3.0 storage, ensuring lightning-fast. Some of the expected configurations are 8GB+128GB, 8GB+256GB and 12GB+256GB. Leaks have also suggested that at least one variant of the Mi 10 will have a whopping 16GB RAM variant.

To top it all off, the Mi 10 be powered by a massive 5,250mAh battery and will support up to 66W fast charging with a compatible charger inside the box.