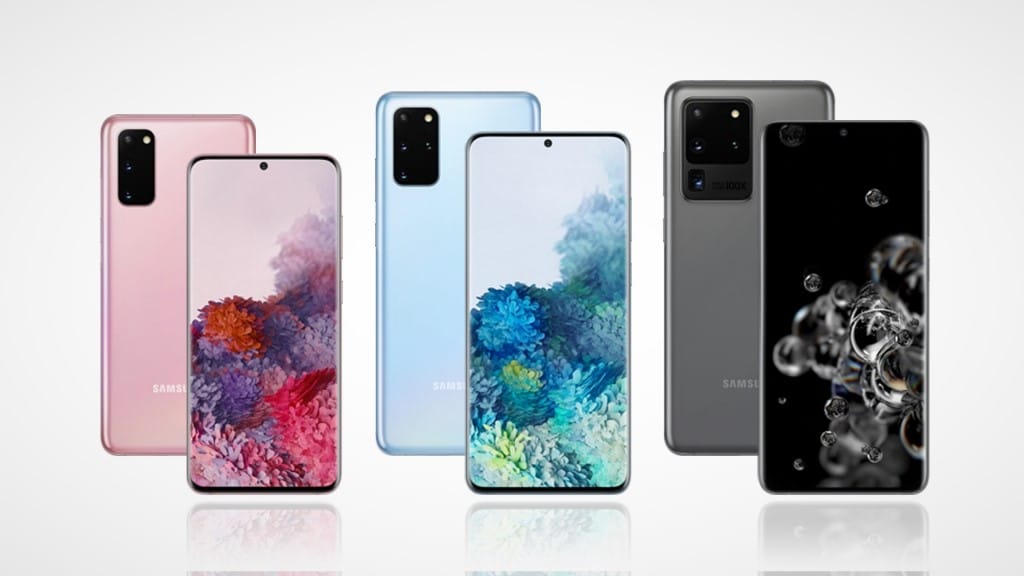 The Smartphone that all of us have been waiting for is finally here, unveiled at the Galaxy Unpacked event in San Francisco. The leaks pretty much gave everything away but now that it is officially here, let’s dive in. 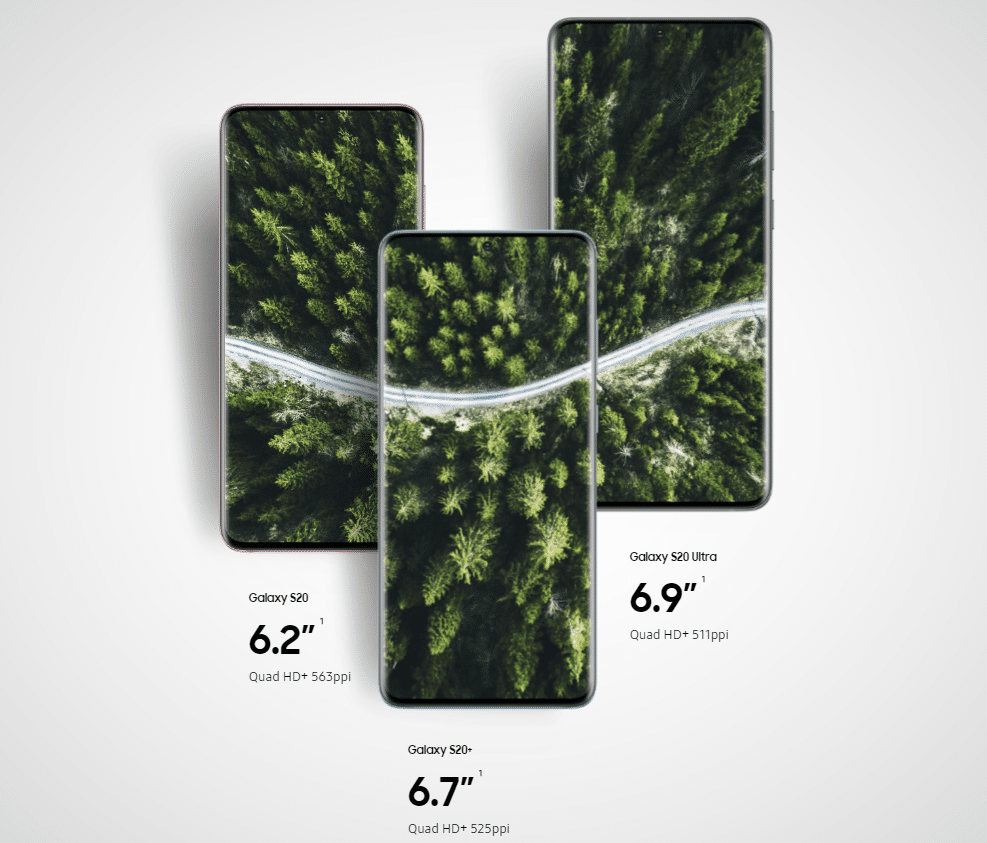 As for the design, there’s an aluminum frame sandwiched between two Gorilla Glass 6 slabs. On the front, the S20 series uses the Infinity-O display with a single hole punch camera at the top of the display in addition to an under-display ultrasonic fingerprint scanner.

The back features the Samsung branding at the bottom and rectangular camera bumps on all three phones. The camera bump on the S20 Ultra is larger than the other two, we’ll get to that in a moment. 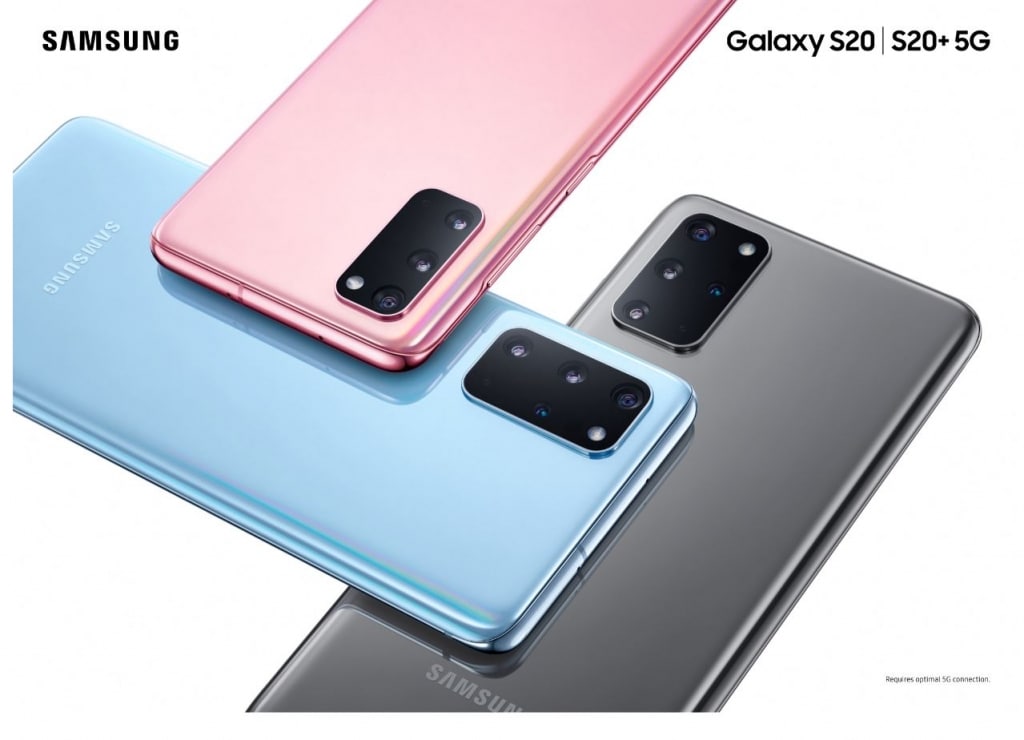 The buttons have been moved to the right of the phone and the left side is clean now, as Samsung has decided to finally remove the dedicated Bixby button. On the bottom, there’s the loudspeaker and the USB Type C port but unfortunately no headphone jack.

The S20 series is an absolute powerhouse, featuring the Qualcomm Snapdragon 865 in the US and Exynos 990 globally. Graphics will be handled by the Adreno 650 (US) or the Mali-G77 MP11 GPU (global).

All three come with microSD card slots with up to 1 TB of expandable storage.

Perhaps one of the biggest improvement over last year’s S-series comes in the camera department.

The Galaxy S20 and S20+ come with a triple and quad-camera setup on the back respectively.

The primary camera features a 12MP unit with f/1.8 aperture, supporting Dual Pixel PDAF and OIS. There’s no variable aperture this time around.

The telephoto lens uses an f/2.0 64MP sensor with OIS, supporting up to 3x of optical zoom. There’s Super-Resolution Zoom, which allows you to zoom up to 30x.

Apart from these three cameras, the S20+ also has a 0.3MP DepthVision Camera for bokeh shots.

In the video recording department, there’s an option to shoot 8K/24fps videos on all three devices. The S20 Ultra is also capable of taking 33MP stills while recording an 8K video.

The battery capacity across all 3 devices has increased given the 120Hz refresh rate and 5G support.

Reverse wired and wireless charging is available on all 3 so you can charge your accessories on the go. 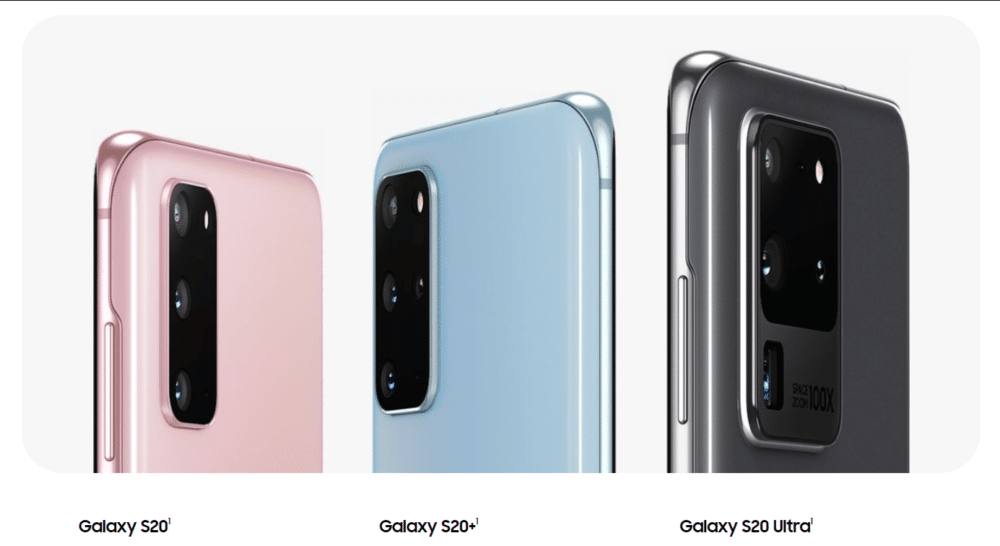 Availability hasn’t been revealed yet. Expect the S20 series to launch in Pakistan in late March.