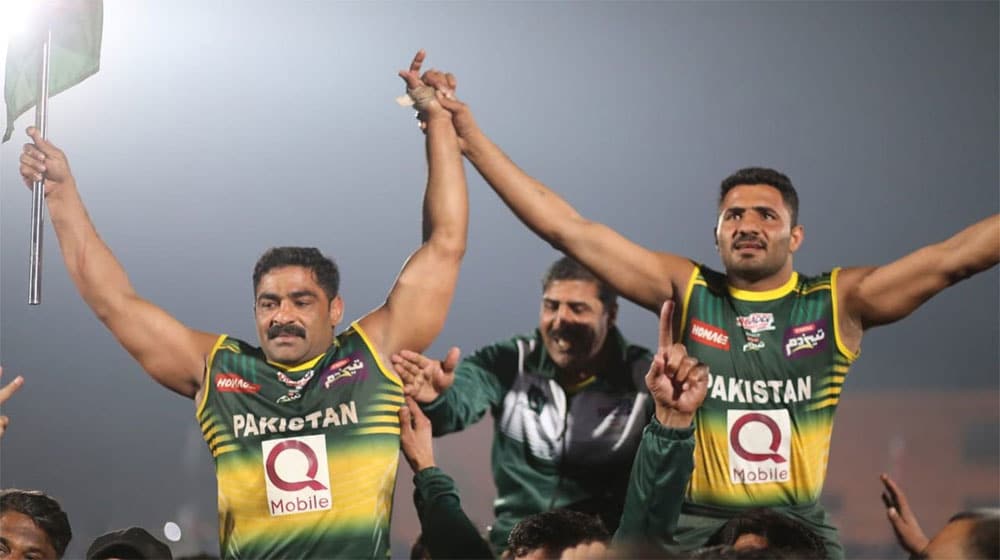 Pakistan defeated India by 43-41 in a high-stakes final winning the World Cup Trophy for the first time. The nail-biting thriller was played at Lahore’s Punjab Stadium on Sunday.

Since the start of the much-anticipated final between the two arch-rivals, India played an attacking game and maintained a lead over the host. By the half time, India was ahead of Pakistan by 6 points with 24-18 on the board.

Pakistan not only overcame India at the start of the second round, but took a lead of 4 points, which reduced to two by the end. At one point, it looked like India would regain its lead but, Pakistan blocked three raids by the Indian side to take a deciding lead.

The win has a significance in the context of the game as Pakistan, previously encountering India in World Cup finals on four occasions, had never managed a single win.

But this time, thanks to Captain Muhammad Irfan aka Manna Jutt and star raider Shafiq Chishti, Pakistan beat its arch-rival to become the World Kabaddi Champions for the first time ever.

The champions completed a lap of honor after the match, celebrating the maiden world cup win, fully backed by a jam-packed roaring crowd.

This is the first time that Pakistan staged a World Cup. Previously, all of the six-circle style Kabaddi mega-events were hosted by India. The eight-day long tournament was held in Lahore, Faisalabad, Kartarpur, and Nankana Sahib.