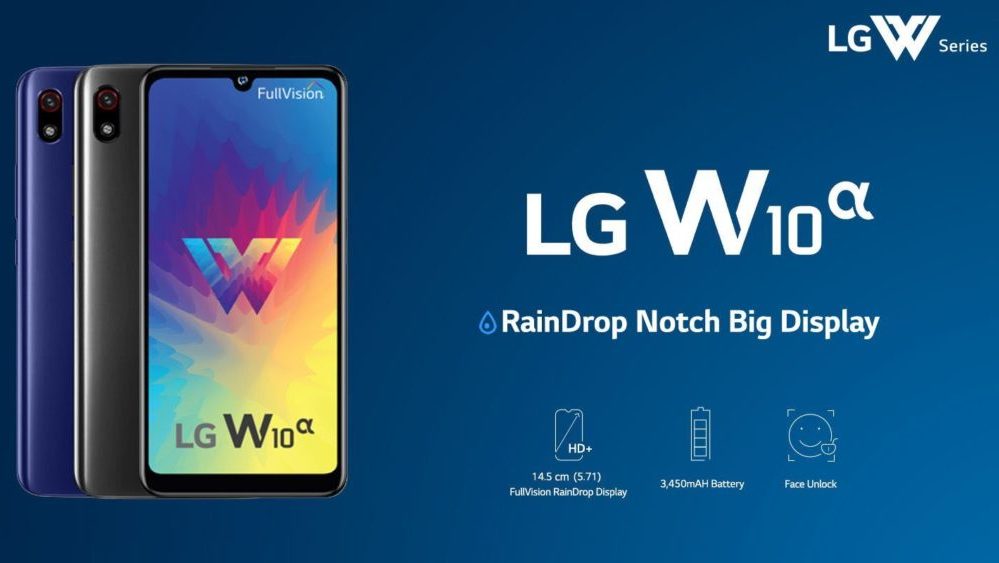 LG is expanding its budget phone lineup with the addition of the W10 Alpha. It is meant to compete with the Chinese OEMs and was originally set to release at the Mobile World Congress (MWC) 2020.

It has a 5.7-inch IPS LCD with HD+ resolution, a waterdrop notch at the top, and a fairly thick bottom bezel. It features a 19:9 aspect ratio and a screen to body ratio of 86.83%.

At the back, there is a single primary camera in the top left corner over an LED flash unit. There is also no fingerprint sensor on the phone, but it does support a snappy face unlock that claims to unlock the device in 0.3 seconds.

The W10 Alpha is powered by a relatively unknown Unisoc SC9863A SoC, that also powers other budget devices such as the Alcatel 1s. It features eight Cortex A55 cores that are clocked at 1.6Ghz. The chipset is paired with 3 GB RAM and 32 GB internal storage that is expandable via a microSD card.

The 8-megapixel rear camera comes with support for a variety of filters, scenes, bokeh mode, and portrait mode. It can record video clips at 30 FPS in 1080p resolution.

The 3450 mAh battery in the phone provides up to 12 hours of LTE call time, 16 hours of normal call time, 29 hours of music playback and 5 hours of video playback. Given the modest specifications it has, the W10 Alpha should last you through a couple of days on a full charge.