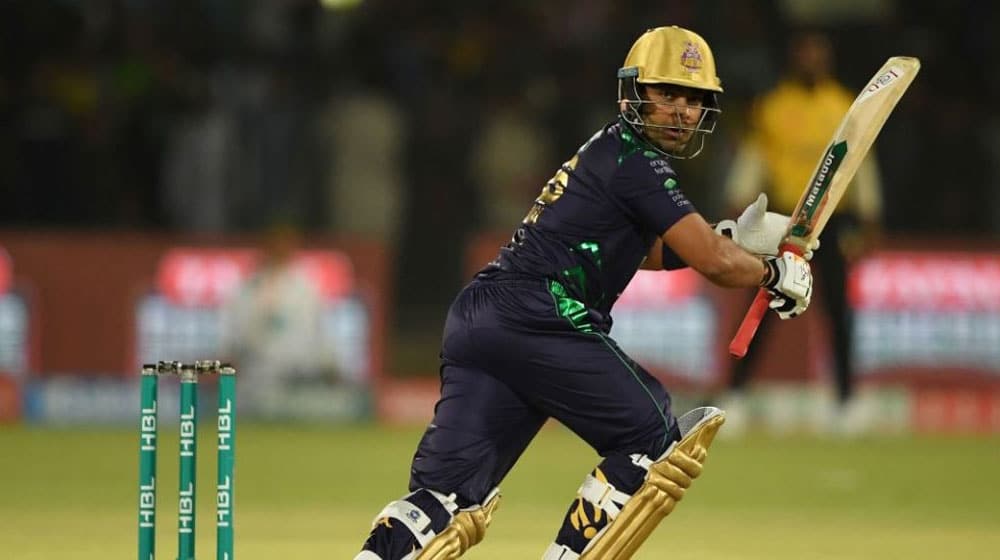 Ali, who has been the part of Gladiators’ team in all four seasons, went unpicked in the PSL draft after the franchise released him from the squad. His inclusion will increase captain Sarfraz Ahmed’s bowling options. Besides, he is a quality fielder and a handy hard-hitter down the order.

Earlier today, Umar Akmal was suspended with immediate effect under corruption charges by Pakistan Cricket Board (PCB). He will remain banned from all cricket activities until the investigations against him are finalized.

“The Pakistan Cricket Board today suspended Umar Akmal with immediate effect under Article 4.7.1* of the PCB Anti-Corruption Code, which means he cannot take part in any cricket-related activity pending the investigation being carried out by the Anti-Corruption Unit.”

The PCB had allowed Quetta Gladiators to pick a replacement for Umar Akmal, which they have used to bring in Anwar Ali.

The reigning PSL Champions Quetta Gladiators would like to state that @TheRealPCB is already investigating the matter of Umar Akmal and the franchise will not make any comment until inquiry is concluded.
Meanwhile, Gladiators will take a replacement pick. https://t.co/k52jIhWWZ5

As per sources, Umar was suspended for his alleged involvement in suspicious activities ahead of the league. The 29-year-old was under PCB Anti-Corruption Unit’s strict surveillance ever since he reported fixing offer during the Global T20 League in Canada in August last year.

Reports say that the right-handed batsman continued to meet people designated as suspicious by the ACU. He also allegedly attended a farmhouse party in Lahore earlier this month where he met with the same people.