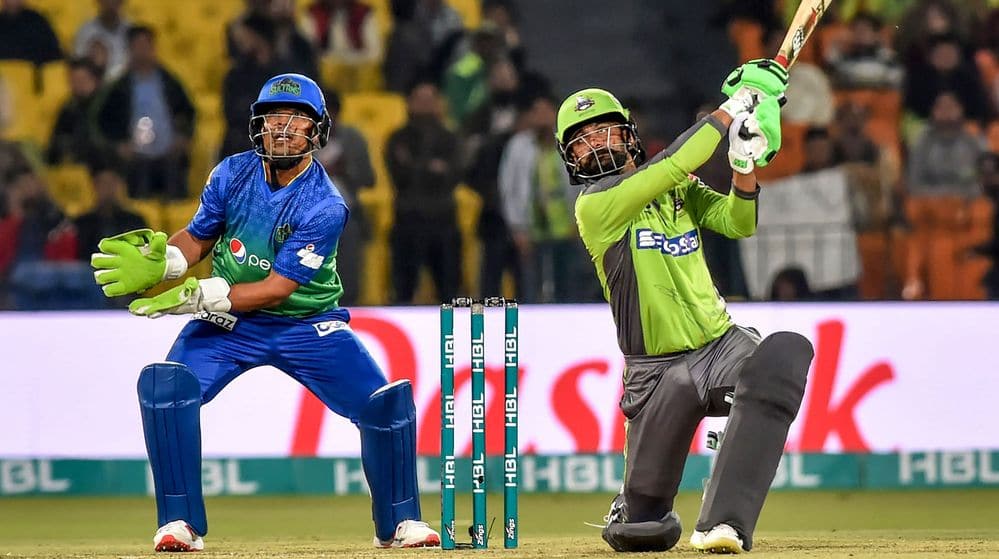 Multan Sultans won the toss and opted to field first at Gaddafi Stadium in Lahore.

Batting first, Qalandars started off really well, with two aggressive batsmen taking the bowlers on. Chris Lynn and Fakhar Zaman both played their shots and had Multan Sultans on the backfoot in the first few overs.

Then, it was a flashback from the previous seasons as 3 wickets fell in a space of 4 runs and Sultans seized the opportunity to pin Qalandars down. The home team led by rookie Sohail Akhtar never recovered from the setback as they continued to lose wickets at regular intervals.

Sohail tried to take his team to a respectable total, however, there was no one on the other end to support him. He hit two sixes in the last over as they finished on 138/8 in their 20 overs.

Chasing 139 was not going to be a difficult task on a flat Lahore wicket. Multan Sultans’ first wicket fell at 24 as Shaheen Shah Afridi clean bowled James Vince. Moeen Ali’s run out soon after gave Qalandars some hope, however, Shan Masood and Rilee Rossouw made sure that their batting line didn’t collapse like Lahore’s.

Captaining the side, Shan scored 38 from 29 balls to make the chase easy for the rest of the batting line-up. Although wickets kept falling, Multan Sultans didn’t find it tough to get over the line.

Tumbling wickets brought Shahid Afridi to the crease as he was cheered by his fans who haven’t been able to see him play for a long time due to his retirement. He launched a big one off the bowling of Haris Rauf before getting a reprieve in the same over. In the end, he led his team home as Sultans won the game by 5 wickets with 23 balls remaining.

In today’s second fixture, the home side, Lahore Qalandars, is facing Multan Sultans at Gaddafi Stadium Lahore. It promises to be an evenly-matched contest as both teams are coming on the back of poor performances in the last season.

It’s all in the past and the two teams will be looking for a positive start to PSL 2020. Here’s all you need to know about today’s match, Lahore Qalandars vs Multan Sultans:

It has been an evenly-matched rivalry with both teams winning 2 games out of the 4 they have played against each other in the previous seasons.

Moeen Ali will have to perform well, both with bat and ball, to give Multan a great chance of doing well this tournament.