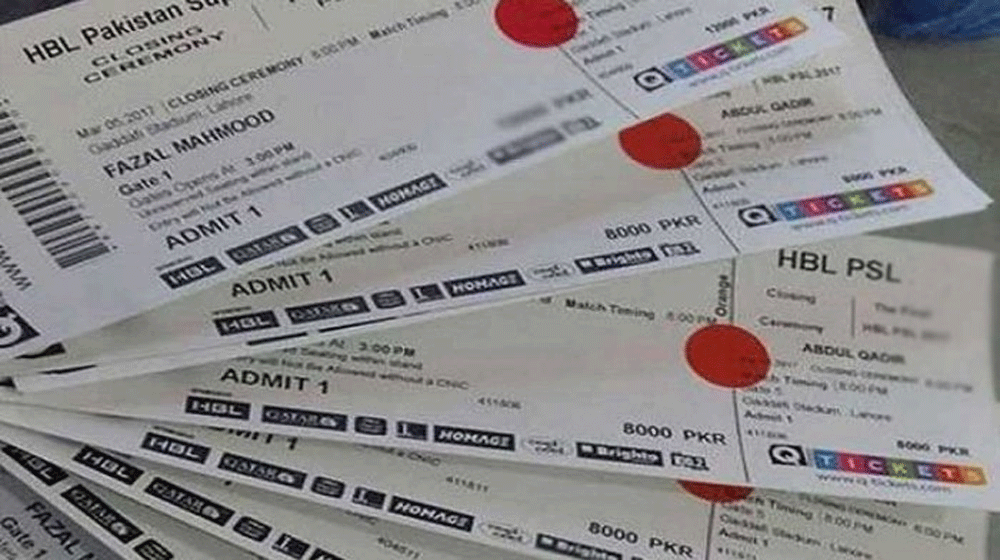 Those looking for tickets are apparently finding it difficult to book their seats because of a technical issue on PSL’s ticketing partner’s website.

According to the details, the website doesn’t offer reliable information on whether tickets are actually available or not.

A Twitter user, Hamzah Ahmad, has publicly complained about the issue as he had paid for a ticket for the final match.

In his Twitter thread, he has accused the ticketing partner of scamming, saying that when he went to pick up the tickets, there was no information available for the booking he had made, saying that the enclosure he had bought the ticket for had already been sold out.

Here’s the catch. When he refreshed the website, there were still tickets left for the same enclosure, which means that he has to pay for the ticket again and then pick it up. While the partner company has promised to refund his earlier ticket, the glitch is still there.

As per a video posted in the thread, Saeed Anwar enclosure in National Stadium Karachi, which was sold out a few minutes ago, was later available again.

A number of other cricket lovers have had to face the same issue, which is the reason why the PSL administration needs to look into the matter and get it fixed.

Have you also faced any issues in buying your PSL tickets? Let us know in the comments.