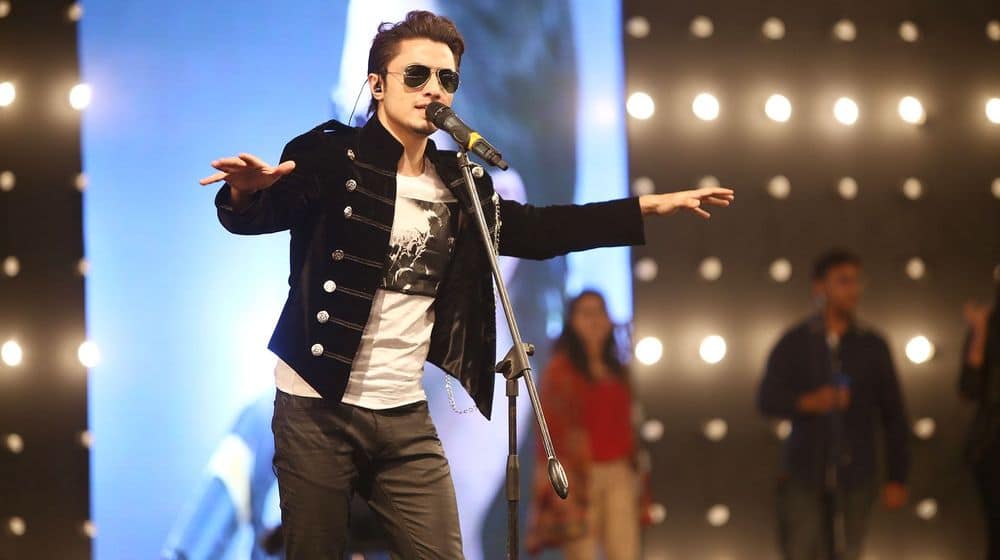 Since the release of the PSL 5 anthem, the cricketing fans have been fervently demanding from the Pakistan Cricket Board (PCB) to bring back Ali Zafar.

This demand of the fans seems to have fallen on deaf ears of the PCB.

However, Ali Zafar, the singer who had delivered back to back hit PSL anthems for the first three editions, has responded to fans demanding his return.

While fans are anxiously waiting, the singing sensation has asked them to keep calm.

Ali Azmat and Ali Zafar have come face to face ever since the release of ‘Tayyar ho.’

During a TV show, Tayyar ho’s lead singer, Ali Azmat, had accused Ali Zafar in minced words for waging a campaign on social media against the anthem.

Responding to this preposterous allegation, Ali Zafar, in the same TV show, said that he is willing to record a PSL anthem just out of love for the fans.

And now, the ‘Seeti Bajay gi’ singer has officially announced to make to new PSL anthem.

What do you think of Ali Zafar recording a new PSL anthem? Let us know in the comments.

Here’s the PSL Schedule if you want to know about the matches.