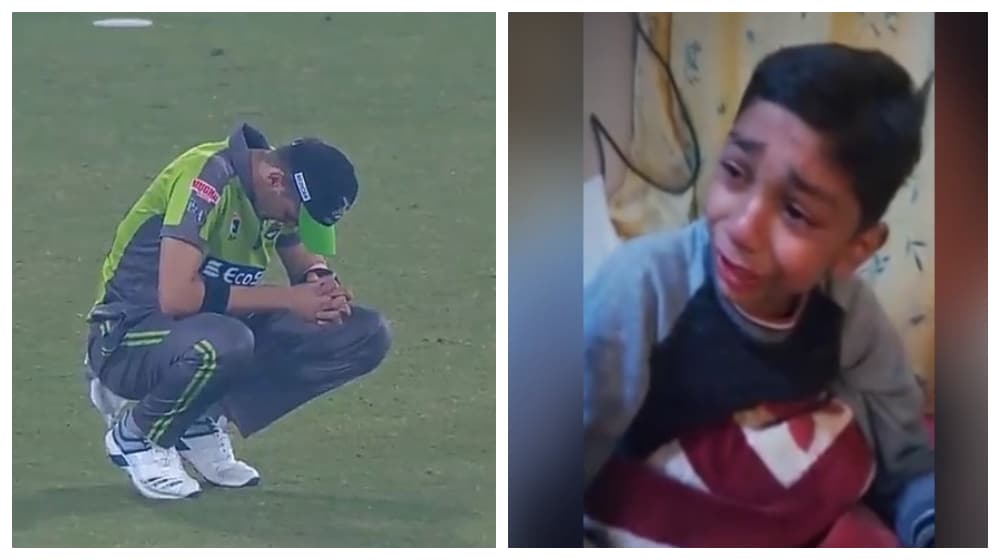 Lahore Qalandars have invited their young super fan, whose emotional video went viral after the team’s loss against Islamabad United. Qalandars have been facing plenty of criticism for not performing well this season again.

The franchise’s official Twitter handle shared a video of the kid, inviting him to meet the players.

Lahore Qalandars management really appreciate the support from its fans & we would like to invite our young super fan to meet us. Please contact us through our inbox! 😍#DamaDamMast #MainHoonQalandar #HBLPSL pic.twitter.com/i1DFqQEkTE

The young fan’s emotional video has won plenty of hearts as it captures what exactly it means to support Lahore Qalandars in the Pakistan Super League.

The tweet, however, came after Karachi Kings’ head coach, Dean Jones asked the kid to support his team. He also promised to get tickets for him.

Come and support @KarachiKingsARY young man! We will get tickets for you ! 👊🏻 https://t.co/NSyZQ3eF7U

Peshawar Zalmi’s captain, Darren Sammy has also been moved by the fan’s innocence and love for the game. He also took to Twitter, saying that Peshawar Zalmi has got you and that he is here to dry your tears.

Ok buddy @PeshawarZalmi got u cone let me dry your tears https://t.co/GwUr6QHMae

Which team will win this super fan’s support? Let us know in the comments.