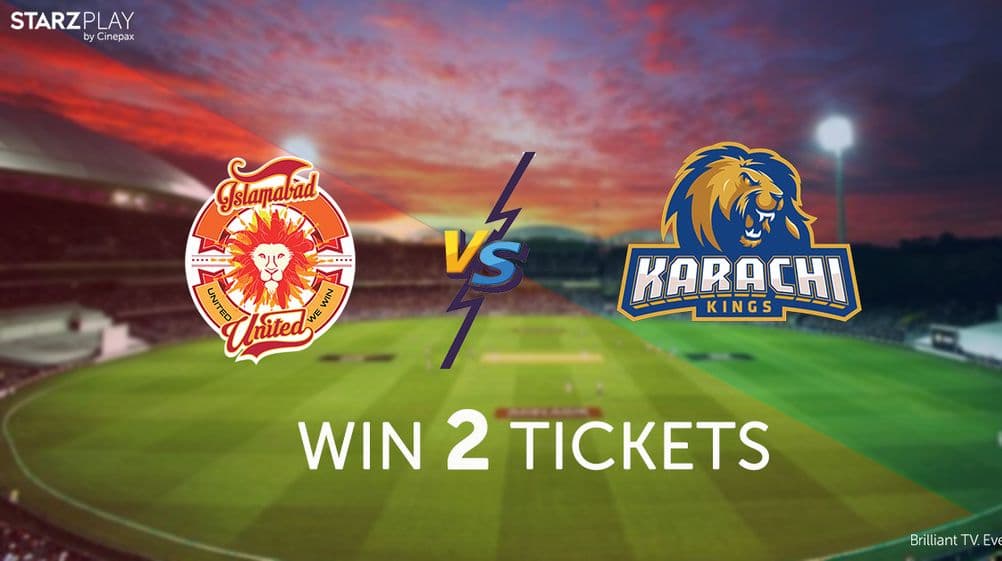 There are two things that certainly every Pakistani is passionate about; cricket and food. With the new season of PSL, the former has resulted in a frenzy that has swept the nation. You’ll find advertisement banners and posters in all major cities and fans have started donning the colors and kits of the teams they support. Social media is also abuzz with speculation, predictions and commentary on live matches.

Starzplay by Cinepax appreciates the passion and cricket enthusiasm of the nation. This is why Starzplay is giving away free tickets to the upcoming game of Islamabad United vs Karachi Kings that will take place on 1st March 2020 at Rawalpindi Cricket Stadium.

To win free tickets, customers simply have to answer a trivia and tag 3 friends on Starzplay by Cinepax Facebook page.

Hassan Javed, Head of Marketing at Starzplay by Cinepax said;

Being Pakistanis we are passionate about cricket. We hope more fans will participate in our PSL trivia competitions since we are also giving away tickets to the screening of the semi-final and final matches of the PSL at Cinepax Cinemas along with Free Starzplay by Cinepax vouchers.

Starzplay by Cinepax vision is to be Pakistan’s most accessible and go-to streaming service. It has enabled direct carrier billing which allows users to pay for the service via their Jazz and Telenor Mobile accounts. It is also available on PTCL Smart TV.

Considering the local audience, Starzplay by Cinepax is continuously enriching the platform with latest Pakistani films such as Motorcycle Girl and Laal Kabootar, award winning short films such as Machinepur and an Original series Kaash Keh exclusively available on Starzplay.