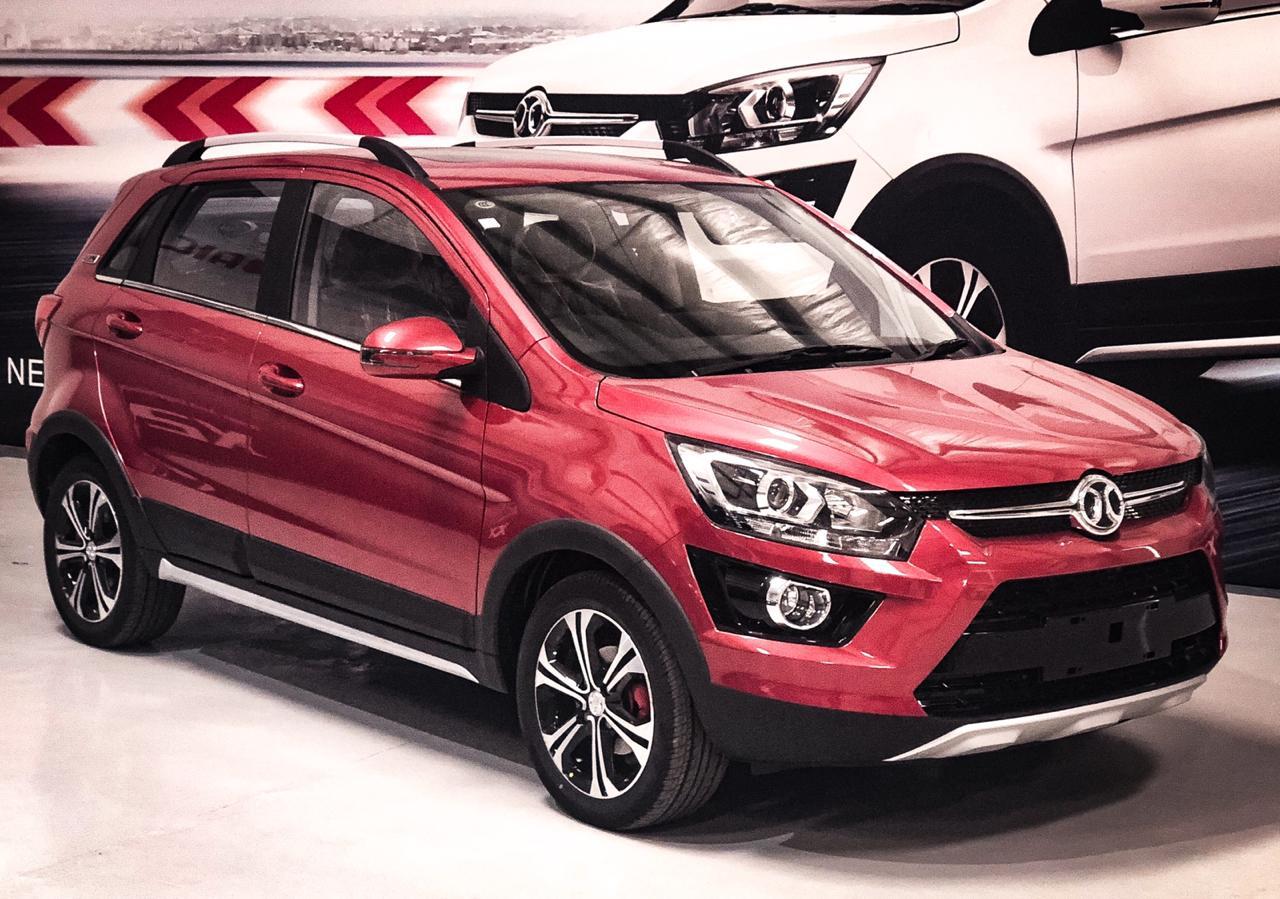 BAIC, a Chinese state-owned automaker, is set to make a serious impact in the Pakistani automotive industry with some of its very interesting offerings.

The company is poised to cement itself as a solid contender in the family transportation segment with the reveal of a hatchback, a crossover and an SUV. One of the potential offerings, the X25 crossover vehicle seems to be a promising product that includes some decent tech features and specifications that could shake Pakistan’s auto industry to its core. 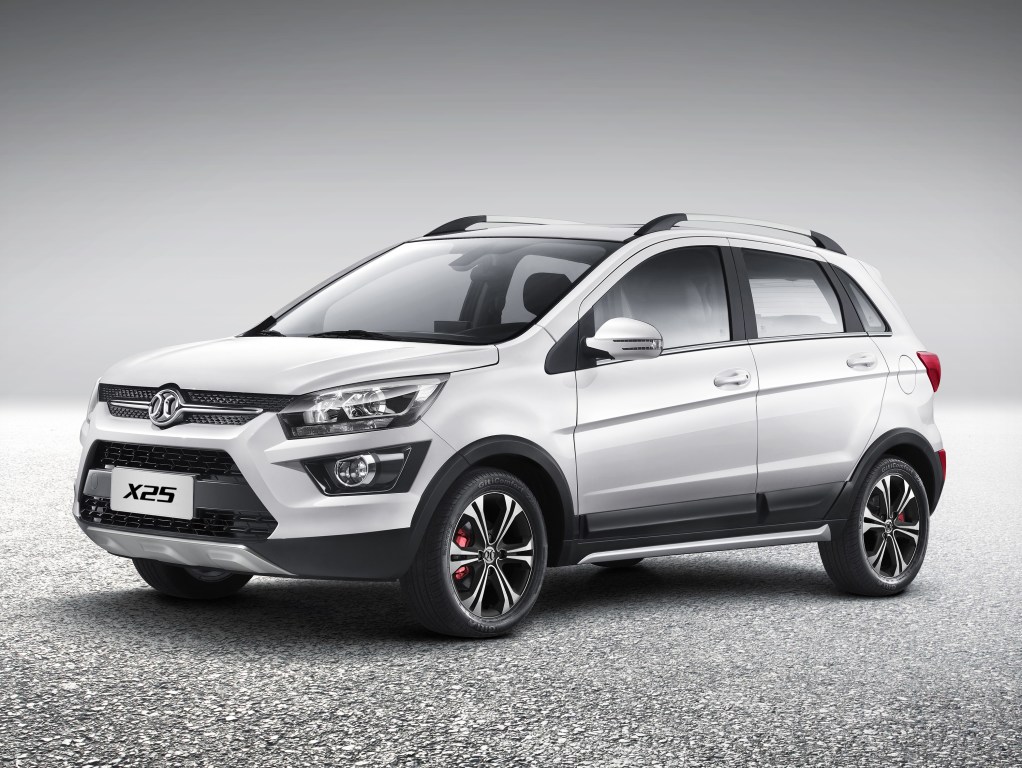 Although the car is based on the same platform as the D20, it has a rather handsome design that features a nice blend of smooth flowing lines, cutting edge headlight and taillight design, a round silhouette that is common in most crossovers.

On the front, the revealed car featured a sleek slotted grill and a chrome strip with the BAIC emblem in the middle, a pair of fog lights, rather contemporary looking headlights with DRLs and a skid plate at the bottom of the front bumper to give it a more rugged look. 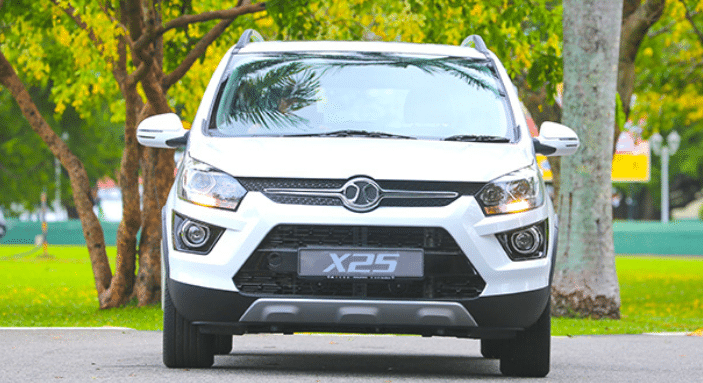 On the side, you come to observe a rather clean look. The car features turn signals integrated into the mirror, a couple of roof-rails up top, and a black trim-piece that continues around the entire car to add to the rugged look of the car. The car also features alloy wheels that had a fairly unique and attractive design. 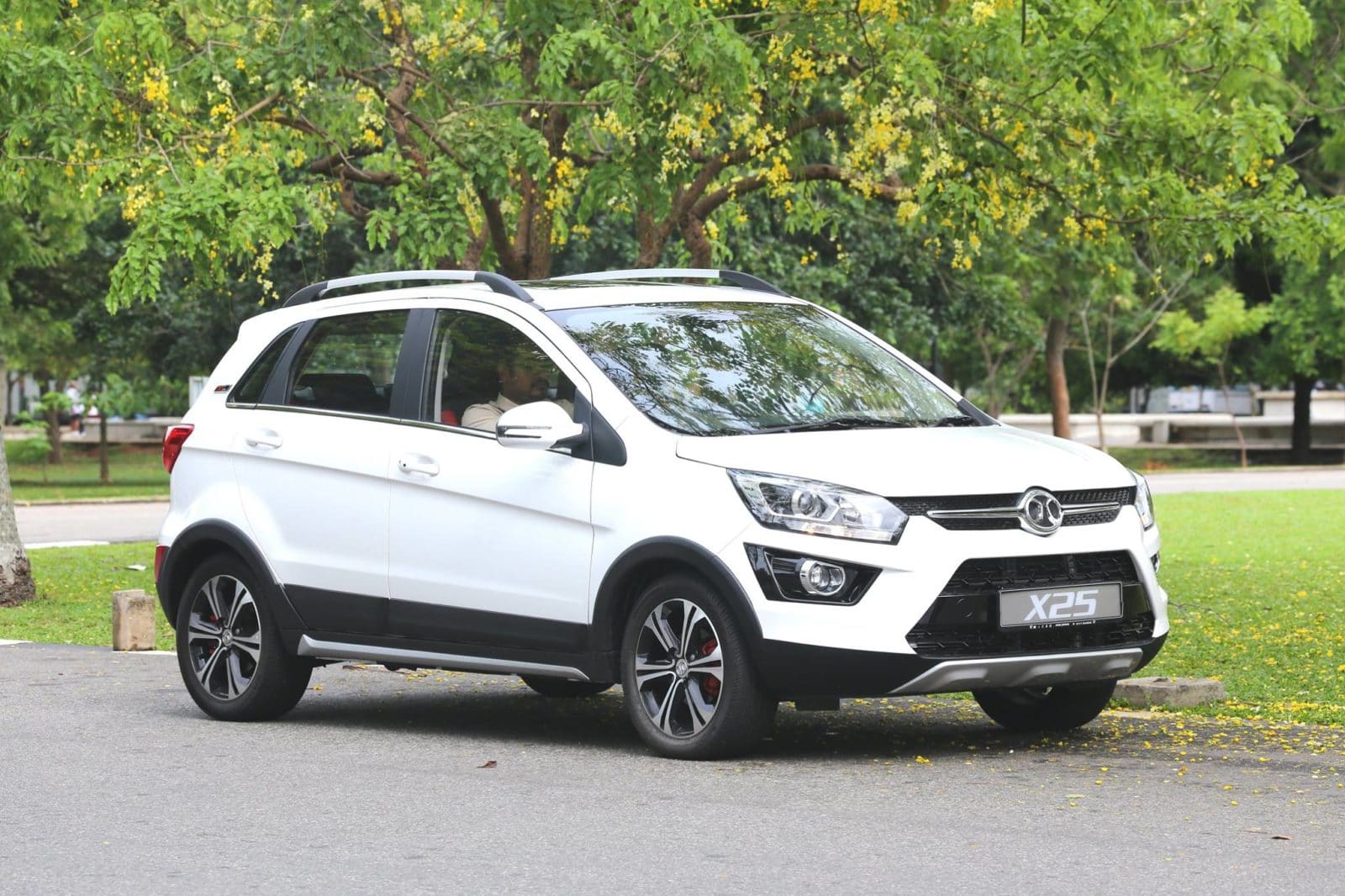 The hind-end of the X25 also features a contemporary look. The display car featured a couple of distinctive taillights, rear-fog lights, a break-light on the top of the tailgate and a skid plate-esque trim piece, again, in the interest of making the car look tough. 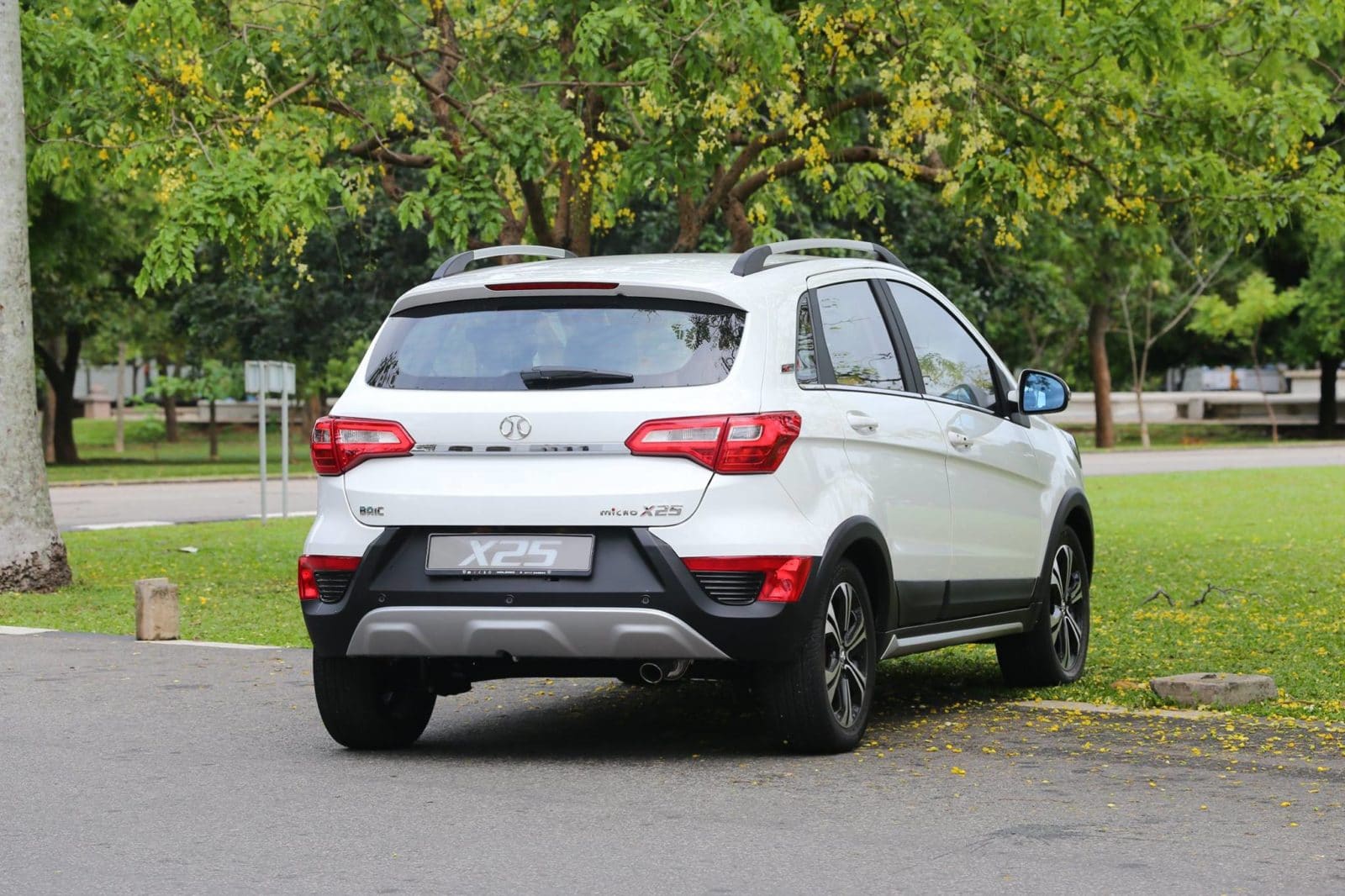 The interior of the X25 is a very interesting place indeed. The car features: 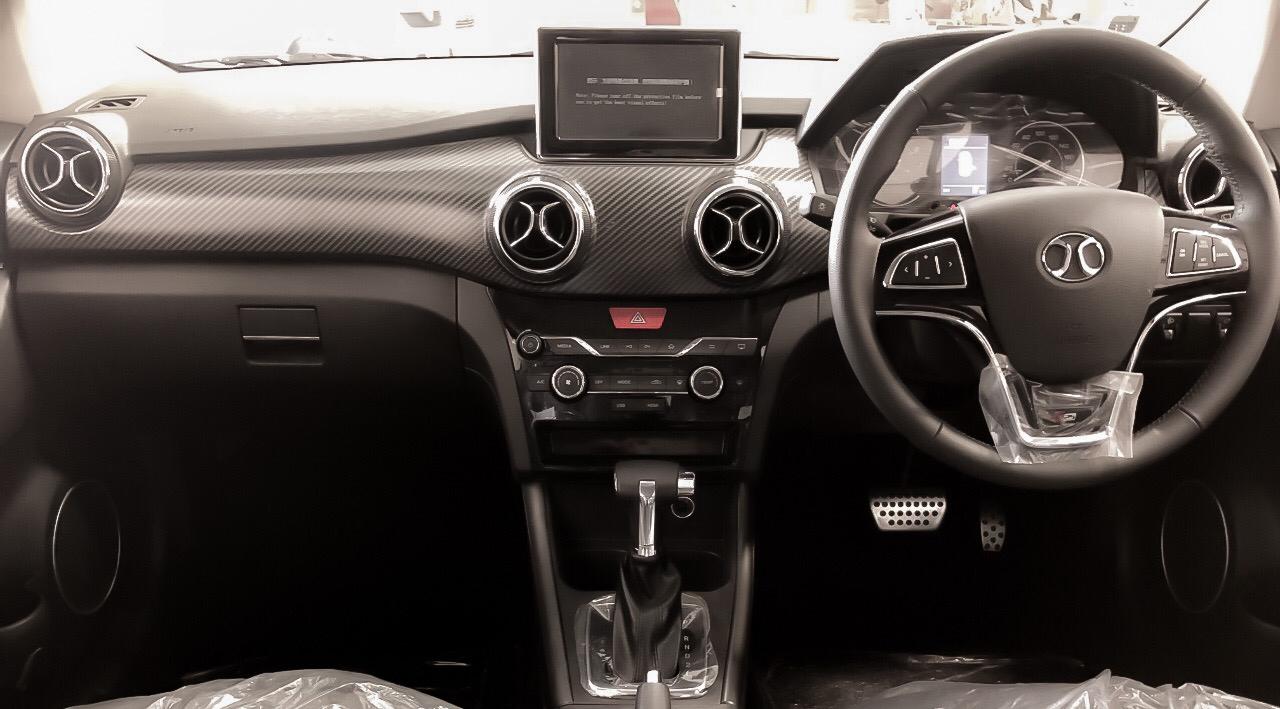 The vehicle features a 1.5 liter 4 cylinder engine, mated to a 5-speed manual and 4-speed automatic transmission, capable of putting out 116 horsepower and 148 newton/meters of torque.

Pakistan will get both variants of the vehicle. 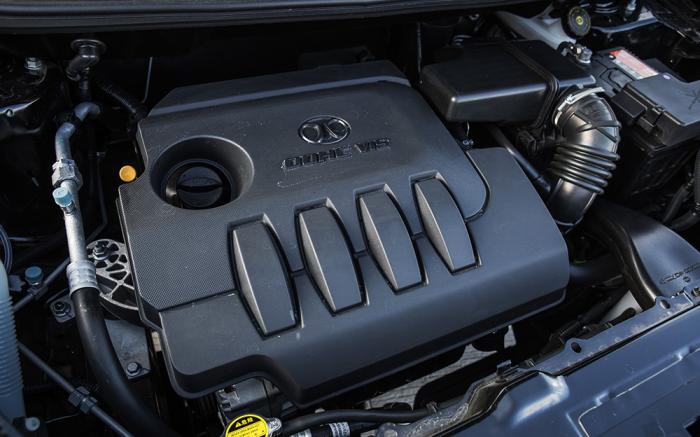 According to sources in the company, the car is said to be launched in mid-2020 at a price-point that ranges from 2 million to 2.5 million Pakistani Rupees, which is perhaps the most market competitive price in the entire segment. Despite such an affordable price point, BAIC X25 will take on the expensive Toyota Rush, Honda Vezel, and Suzuki Jimny. If the company does indeed manage to offer the vehicle at this price, Suzuki Swift & Cultus and Honda City will be knocked out of the market.