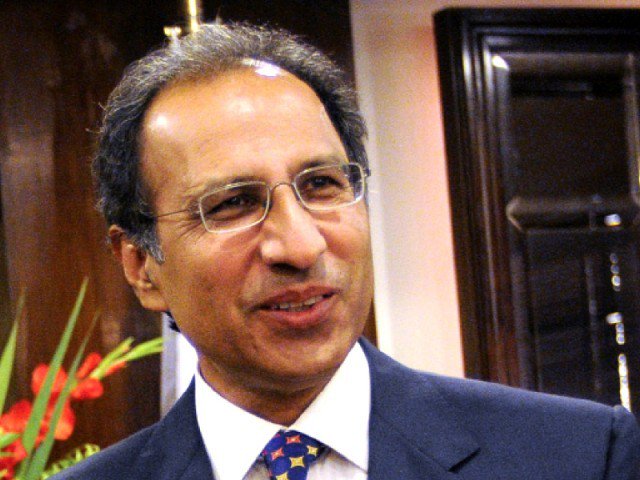 Adviser to the Prime Minister on Finance & Revenue Dr. Abdul Hafeez Shaikh says the outlook for the economy is strong and the recent increase in exports and remittances is supporting the growth momentum.

“In December 2019, the large scale manufacturing output expanded by 16% on the month on month basis, indicating that growth is starting to pick up,” he said while talking to a group of television anchorpersons at his office on Monday.

The meeting was part of the adviser’s efforts to update the media and public on key economic policies and progress on reforms. The meeting was also attended by MNA Ms. Kanwal Shauzab and Mr. Omar Hamid Khan, Special Secretary Finance.

All end December performance criteria were met, and structural benchmarks have been completed. This has led to the IMF staff and Pakistan authorities reaching a staff-level agreement which has paved the way for the IMF Board to release the next tranche of U$ 450 million in April 2020.

The adviser also highlighted that the government had achieved a primary surplus of 0.6% of GDP (Rs. 286 billion) in the first half of the FY 2020 for the first time in 10 years. “This has been achieved through stronger revenue collection with FBR tax collection rising by over 16.5% and through austerity in expenditure,” he said.

He further added that the non-tax revenue collection during the first half of the FY 2020 had also gone up by 170% on a year-on-year basis to reach Rs. 876 billion (Rs. 323 billion in the same period last year) which will help reduce the build-up in debt. “During the first two years of the current government, over Rs. 5 trillion in debt had been repaid to domestic and international creditors,” he added.

Dr. Shaikh expressed concern over high inflation and apprised the participants on government efforts to reduce the burden on the public. He highlighted that inflation has declined in the last 7 weeks and CPI inflation has declined to 12.4% in February 2020, down from 14.6% in January 2020 as a result of proactive measures by the government to allow imports and increase supply through utility stores.

He said the government had doubled allocation in social safety programs under the Prime Minister’s Ehsas Program to Rs. 192 billion in FY20. However, many challenges remain, particularly in resolving the energy sector challenges, he added.