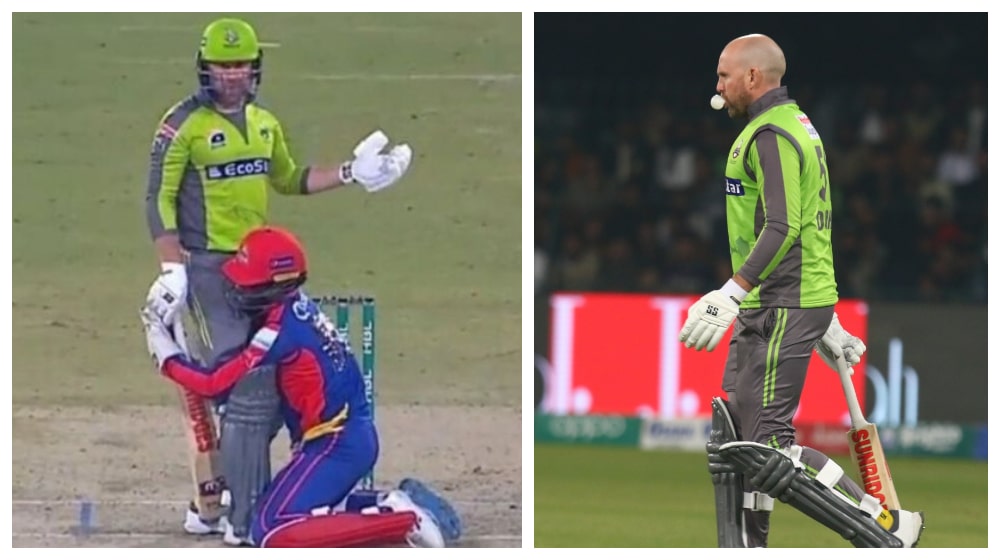 Every time Lahore Qalandars play, they make records, either setting new bests or worsts in PSL history. They were red-hot yet again last night against their arch-rivals, Karachi Kings, as they chased down a steep target thanks to Ben Dunk’s breathtaking strokeplay.

Whether Lahore Qalandars win or lose, we always get the memes. There were plenty of memes following Dunk’s masterclass (99*), which included a record-breaking 12 sixes and a lot of casual bubble-blowing.

The Australian wicket-keeper batsman has made plenty of fans with his match-winning knocks, especially because he is single-handedly carrying Lahore Qalandars. If they make it to the playoffs, they will have one man to be thankful of; Ben Dunk.

The most hilarious thing that happened yesterday was the moment when wicket-keeper, Chadwick Walton grabbed Ben Dunk by his legs in an attempt to catch the ball.

Here’s the footage that got the Twitterati going and after that, the memes didn’t stop:

Ding Dong is getting free advertisement. They should probably make Dunk their brand ambassador.

We all are missing Fawad Rana.

One of the funniest memes around.

Karachi people are not coming slow either.

When my father starts beating me and I try to stop some how#dunk pic.twitter.com/STIK2oMtEt

It was quite a shock.

Ben Dunk has been a great entertainer this season.

The only way to stop Dunk.

Chadwick Walton knew its the only way to stop Ben Dunk. pic.twitter.com/85dPcOUKxU

Got more memes to share with us? Do so in the comments.