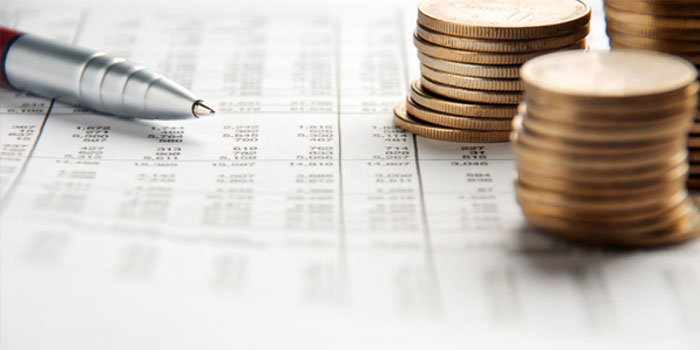 The Finance Division has identified several risks including a substantial shortfall in tax revenue, unexpected volatility in the exchange rate and circular debt in the energy sector and financing of fiscal deficit in achieving fiscal sustainability which can compromise the desired results.

This has been revealed in the “Mid-year budget review report fiscal year 2019-20” submitted to the National Assembly in terms of Section 34(1) of Public Finance Management Act 2019, outlining the comparison between the budgeted and actual revenues, expenditure, and financing for the current financial year 2019-20.

The review prepared by the Finance Division stated that the second half of the current fiscal year imposes certain challenges and risks. These include imposing revenue target, fiscal and debt sustainability, expenditure discipline and development spending.

It maintained that fiscal consolidation measures have brought financial discipline and increased revenue growth by bringing about stability in the economy and it is expected that a part of sustainable economic growth can be achieved.

The positive trend in ease of business, stable exchange rate, improved current account and better fiscal and monetary management, denote that the economic outlook seems promising. However, there are certain risks in achieving this fiscal sustainability which compromised the desired results.

The major fiscal risks are substantial shortfall in tax revenue, unexpected volatility in the exchange rate, losses and circular debt in the energy sector, increase in pension expenditure and liabilities and unexpected public debt and financing of fiscal deficit.

The review maintained that the FBR revenue target for the fiscal year 2019-20 is very challenging, unprecedented and all-time high, keeping in view the previous year’s allocations and actual collections. Any shortfall in the achievement of these targets in tax revenue collection will have adverse consequences for the projected financial position of the government– one of the consequences of falling short on revenue targets would be curtailment in development expenditure.

Supported by lower-than-budgeted borrowing costs and fiscal deficit and a stable exchange rate, the debt to GDP ratio is projected to decline from 84.8 percent at the beginning of the current financial year to below 83 percent by the end of the year.

Expenditure increases many folds in the second half of the financial year, especially in the fourth quarter. As there had been rationalized cuts in the budgets of various divisions, nevertheless there is likelihood that the demand for supplementary will have occurred. The government will have to be cognizant of this.

For the financial year 2019-20, the federal fiscal deficit target is estimated to be 7.1 percent of the GDP. Mid-year fiscal indicators have recorded promising results. Strong growth in revenue and containment of current expenditure has helped restrict the fiscal deficit to 2.3 percent of GDP compared to 2.7 percent last year.

The revenue deficit has also contracted sharply, whereas a surplus was recorded in the primary balance for two consecutive quarters of 2019-20. The fiscal deficit of 7.1 percent was based on initial estimates provisional surplus of Rs 423 billion of provincial governments. Later on, after passing of provincial budgets by the respective provincial assemblies, the provincial surplus was revised from Rs. 423 billion to Rs. 278 billion which has resulted in a consolidated fiscal deficit of 7.5 percent.

Total public debt was recorded at Rs. 33,707 billion at end December 2019, compared with Rs. 32,708 billion at end of June 2019, registering an increase of 3 percent during the first six months of 2019-20. The government borrowing during this period was Rs 1,546 billion, total public debt increased by Rs. 999 billion. This saving/differential of Rs 547 billion is attributable to the exchange rate appreciation of Pak Rupee against US Dollar.

During the current financial year, $11.6 billion is due on account of repayments of external debt obtained in the past. The repayment obligations of $3.8 billion during the first half of the year have been met and adequate external inflows are in the pipeline to meet the repayments or $7.7 billion becoming due in the second half.

During the mid-year 2019-20, Pakistan’s economy moved progressively along the stabilization and adjustment path. During July-December 2019-20 Current Account Deficit (CAD) was reduced by 75 percent, exports increased by 4.5 percent, rise in worker’s remittances by 3.3 percent, FDI grew by 68.3 percent, fiscal deficit was contained at 2.3 percent, primary balance posted a surplus of 0.6 percent.

A significant increase of almost 16 percent in FBR tax revenues was witnessed taking them to Rs. 2093 billion. ‘Ease of doing business’ ranking was improved by 28 ranks, improving the country’s ranking from 136 to 108.