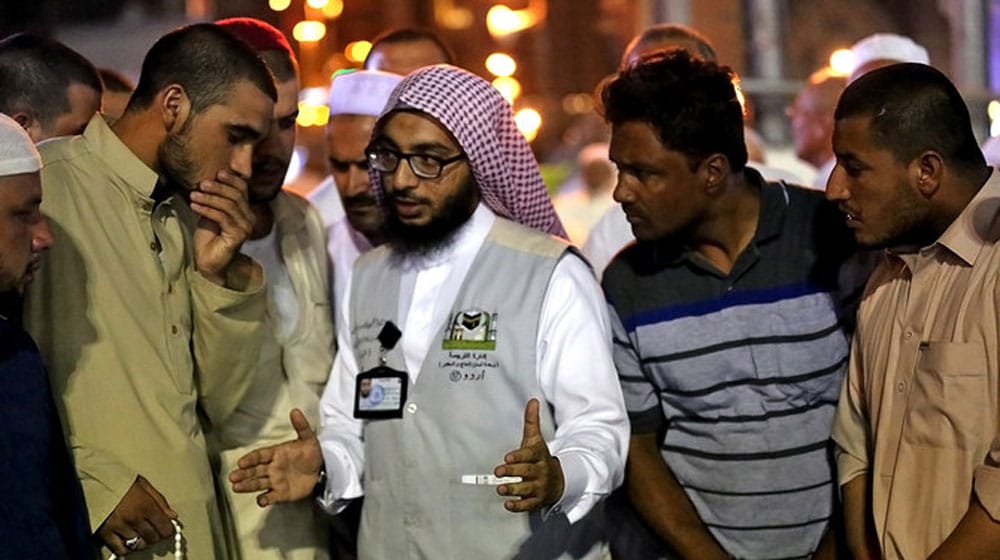 The Saudi government is giving special language training to staff that’ll be deployed during the Hajj 2020. As per media reports, the security personnel in Makkah will be able to communicate in at least five languages, including Urdu. The decision has been taken to overcome the language barrier between the pilgrims and security staff.

Since most of the Hajj pilgrims speak either English, Urdu, Persian, Turkish or French, the security personnel deployed for the mega religious gathering will be well-versed in all five languages.

As per Arab media reports, the staff to be deployed in Masjid al-Haram, Mina and Arafat, will be enrolled in online courses in the said languages offered by Saudi Electronic University.

A memorandum of understanding (MoU) was signed between the university and Makkah police in this regard at the Governor House in the presence of Prince Khalid Al-Faisal.

The MoU affirms that the security staff will be trained in multiple languages ahead of the Hajj 2020. They will also receive general training on how to best serve pilgrims.