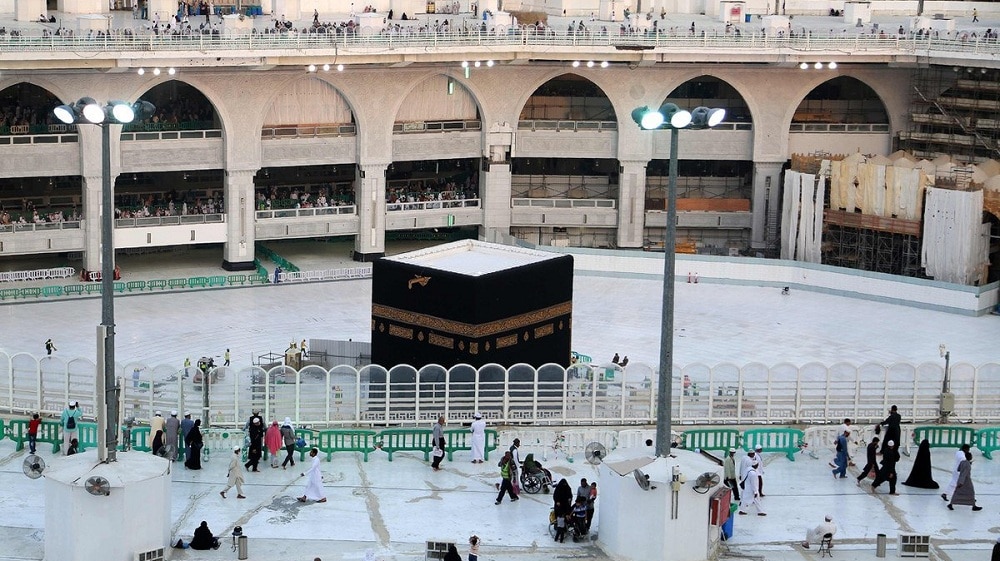 With 3,300 dead and 99,000 infected according to the latest reports, the world has been sent scrambling to adopt preventive measures to contain the spread of COVID-19.

Educational institutes have been shut down, flights delayed, sports events called off, and other public spaces cordoned all over the world following the outbreak.

In pursuance of one such measure, the Saudi Arabian government was forced to empty the most revered site in the Muslim world, the Holy Kaaba.

Although upper floors of the Masjid Al-Haram remained opened for pilgrims to perform Tawaf, images of Saudi health officials sterilizing the sealed ground floor, the Mataf, were widely televised.

The Great Mosque in Mecca, closed to pilgrimage due to #COVID19, is empty and moments ago was getting sterilized by Zambonis: pic.twitter.com/otPI65LE2a

Last week, the Saudi Arabian government banned the entry of all foreign Muslims intending to perform Umrah as a preventive measure. It had also ordered Saudi Airlines to cancel any booked or reserved tickets and compensate all those affected by the move. So far, Saudi Arabia has reported 5 cases of Coronavirus.

At its full capacity, the Holy Kaaba can house more than 1.5 million worshippers.

Zamzam water well will also be closed. Worshippers will not be allowed to bring in food or beverages. They will neither allowed to stay in the mosque for Itikaf, a practice in the Islamic faith.

Usually, the Masjid Al-Haram gets jam-packed on two special occasions in a year as Muslims head to the Kingdom to perform Umrah during the month of Ramzan and Hajj during Zilhaj.

With Ramzan just over a month away and Hajj expected to be performed in July, the organization of the two events will be nothing less than a challenge for the Saudi government amid the COVID-19 outbreak.