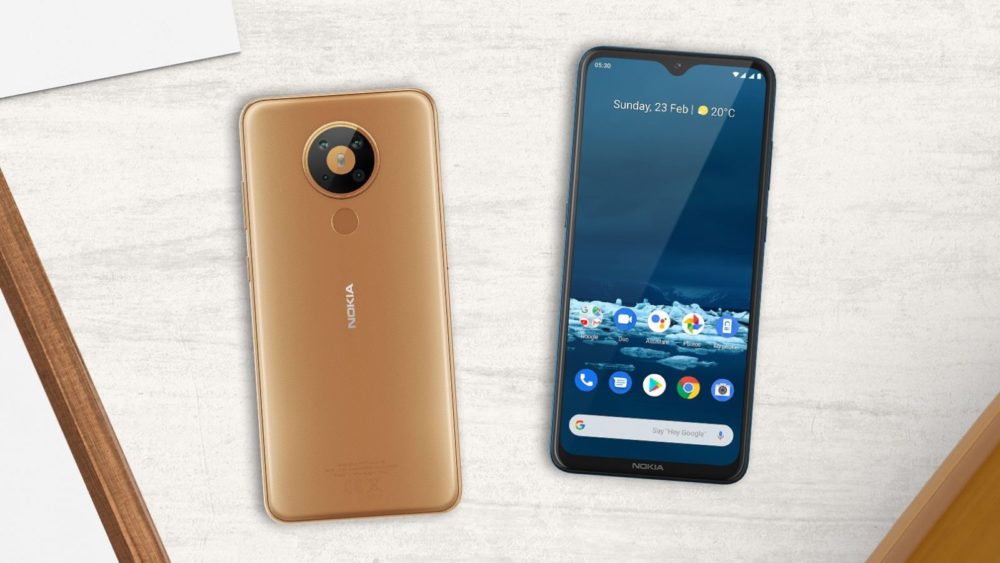 The smartphone comes with Nokia 8.3G-like design and is available in the same range of colors. The only difference is a smaller display. The fingerprint sensor, like Nokia 8.3G, is mounted on the back. 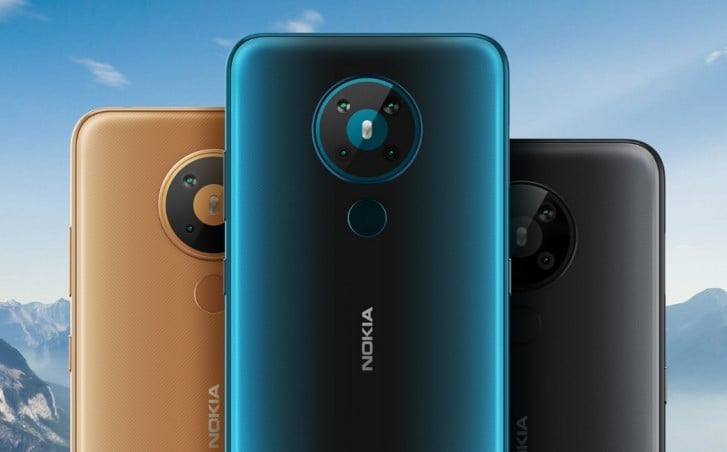 At the helm, this mid-range smartphone features a Snapdragon 665 accompanied by 3 GB, 4 GB or 6 GB RAM, and 64 GB expandable storage.

The phone runs on vanilla Android 10 out of the box that, according to Nokia, is backed by three years of regular Android updates.

As expected, the smartphone comes with pretty basic specifications in the camera department as well. It is equipped with a quad- sensor camera system on the back featuring 13 MP primary lens complemented by a 5 MP ultra-wide unit, and two other 2 MP sensors. For selfies, it is equipped with an 8 MP snapper.

The whole package will be fueled by a generous 4000 mAh battery backed by 10W fast charging.

It will be available for sale in April with a €189 starting price.

Featuring typical Nokia entry aesthetics, the Nokia 1.3 is built around a 5.71-inch IPS display with a waterdrop notch, thick bezels all around, and an even thicker chin. The display comes with 720p resolution and 295 PPI pixel density. 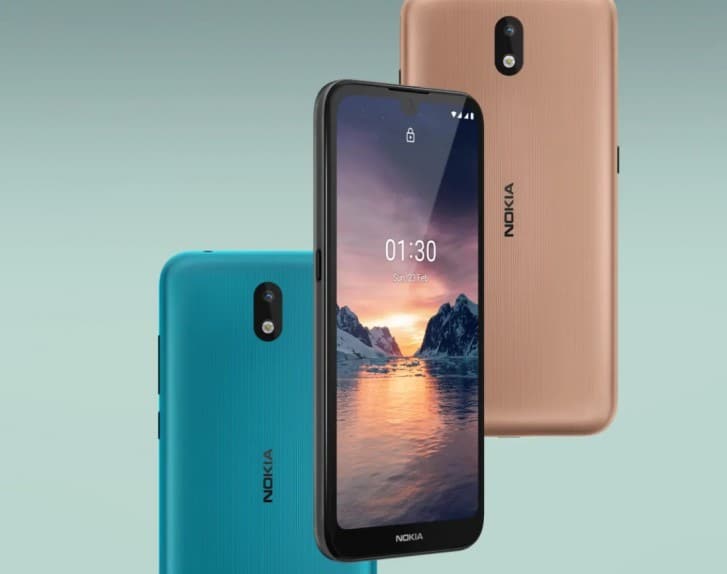 The smartphone will be available in Cyan, Charcoal, and Sand colors.

As for the innards, the smartphone is powered by a Qualcomm 215 chipset with quad-core CPU topped with 1 GB RAM and 16 GB expandable onboard storage.

It runs on Android 10 Go Edition out of the box. The company has promised an upgrade to Android 11 Go Edition when that arrives.

Nokia 1.3 comes with an 8 MP single sensor setup on the back and a 5 MP sensor for selfies on the front. The company claims to have incorporated low-light and portrait capabilities in the rear camera using the Camera Go app’s AI.

This budget smartphone packs a 3,000 mAh battery that supports 5W charging over a MicroUSB port.

It will be available for sale in April and will cost €95.