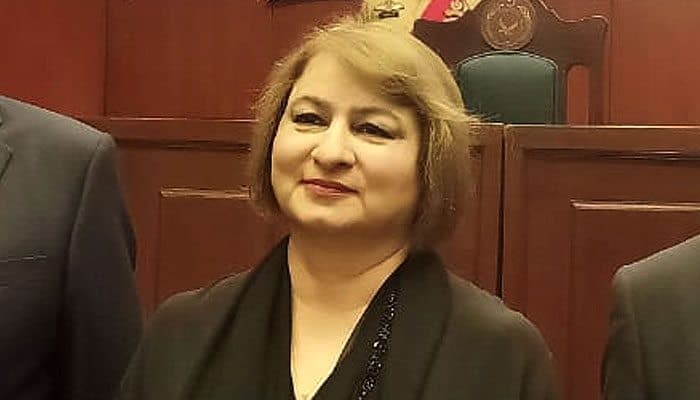 The Government of Pakistan has appointed Ms. Nausheen Javaid Amjad as the new Chairperson of FBR with immediate effect and has terminated the appointment of Syed Muhammad Shabar Zaidi as Chairman Federal Board of Revenue (FBR).

According to details, Federal Cabinet has approved the appointment of Nosheen Javed, a grade 22 officer, as Shabbar Zaidi’s replacement. She is the first-ever Female Chairperson appointed at the FBR.

She is one of the most senior and experienced official of the revenue authority who has spent nearly 35 years on various positions at FBR. Ms. Nausheen Javaid received her education from GC University Lahore and Kinnaird College.

It may be mentioned here that Syed Muhammad Shabbar Zaidi had been appointed Chairman FBR on honorary/ pro bono basis for two years.

According to the sources, she lobbied for the position of the Chairperson and had the backing of the FBR officials as she is a colleague of theirs, not an outsider.

Shabbar Zaidi was on indefinite leave due to health issues. Zaidi in February rejected speculation about his resignation, saying he had been unable to perform his duties due to ill health. The government had given the charge to member administration Nausheen Amjad.

The FBR has remained without a permanent head for the past two months after Shabbar Zaidi had to stop attending the office.

Delay in appointment of a regular chairperson and other officers at top positions had caused uncertainty within the tax department, leading to revenue bleeding on a daily basis.