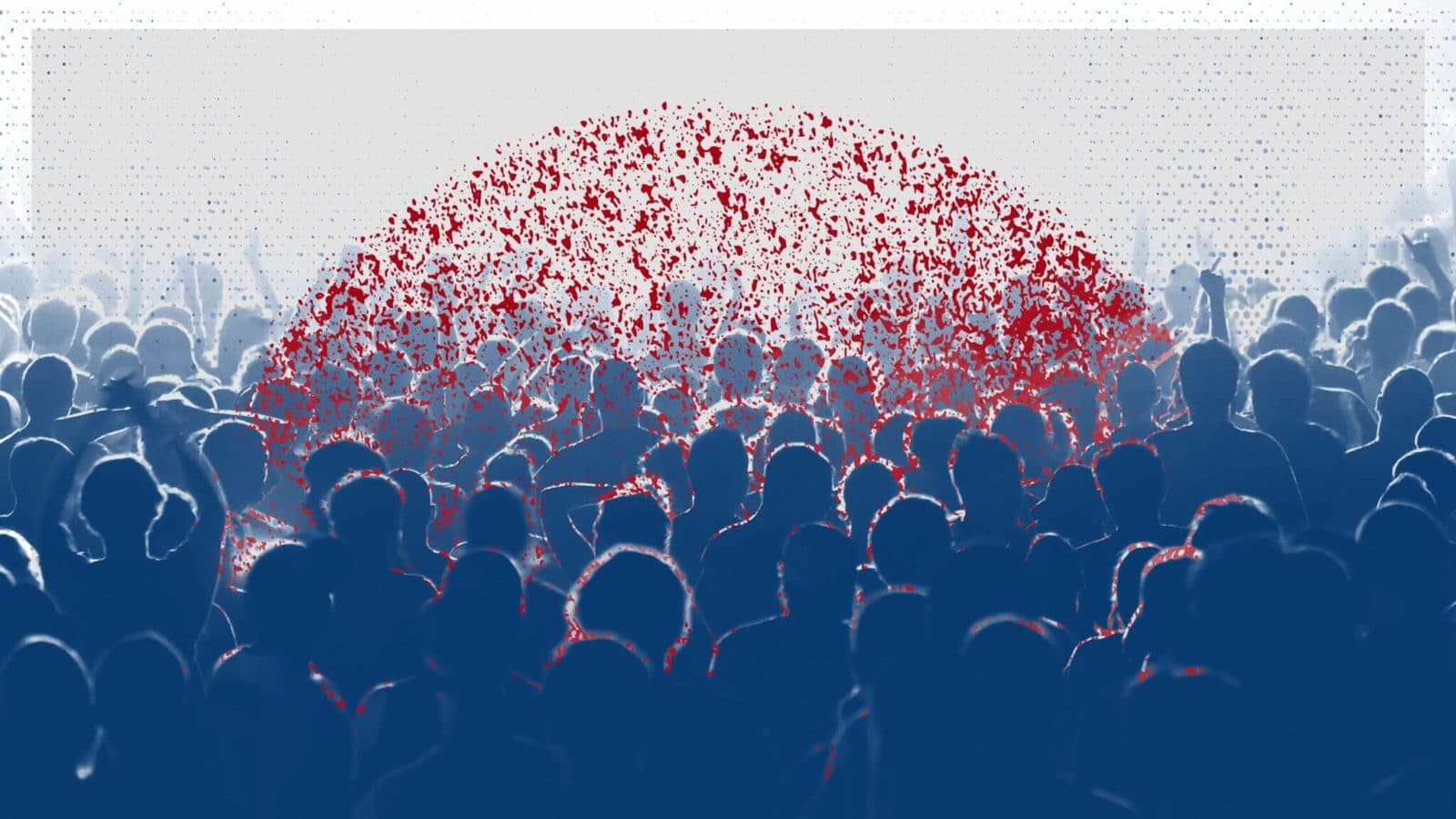 Sweden has lately been in the global limelight for its laissez-faire attitude towards coronavirus. The country did not shut schools, gyms, cafes, bars, and restaurants even as the virus spread. Instead, it left it to the citizens to act responsibly and help flatten the curve.

Which they did. Data showed a drastic reduction in public movement. Plus, universal access to fast internet kept large chunks of its workforce stay productive away from the office. Another thing that went to the country’s favor was a less concentrated population: more than half of Swedish households are single-person.

Although the country has not been able to keep free of infections or deaths, Swedish authorities are saying that the controversial strategy is working. They concede, however, that it’s too early to draw any definitive conclusions. Some adversaries say that the approach is ill-judged and at some point in time Sweden will have to resort to strict lockdowns, like its neighbors and the rest of the world.

Everywhere else in the world, flattening of virus curves has been achieved through strict and prolonged lockdown measures. Nearly all countries are pursuing the same strategy of keeping people indoors and businesses shut so the spread of contagion can be cut. But, not all countries can afford long-term economic shutdowns. Nor can measures for social distancing be equally effective in all countries.

Enter countries like Pakistan, India, Indonesia, and other poor Asian and African nations. Unlike advanced economies, they can’t sustain draconian lockdown measures as hunger will kill many if the virus doesn’t. The impoverished daily-wage earners can’t stay at home and wait for the food to be served, which never will.

Instead, they need to go out and find work to sustain life on a daily basis. That’s the reason why Pakistan and India have resorted to partially opening industrial activity so as not to add further to the financial woes of millions of impoverished households. But, a sharp spike of new cases has inevitably accompanied the gradual resumption of business activity.

Unlike the western nations that first reached their virus peaks and then deliberated cautious and selective lockdown lifting, Pakistan and India have had to ease restrictions with their pandemic peaks yet to arrive. These countries have even announced gradual resumption of more industries in weeks to come.

Since lockdowns aren’t working for poor countries, what other way is there to address the grave situation? The answer may or may not be herd immunity.

Herd immunity is where a large group of the population gets infected and recovers, thus building immunity and breaking the chain of the spread. This is usually achieved via vaccination that exposes masses to the virus in a safe manner and eventually the virus dies on its own as there are fewer people who can fall sick. That’s how humanity has overcome pandemics like smallpox, polio, and others. 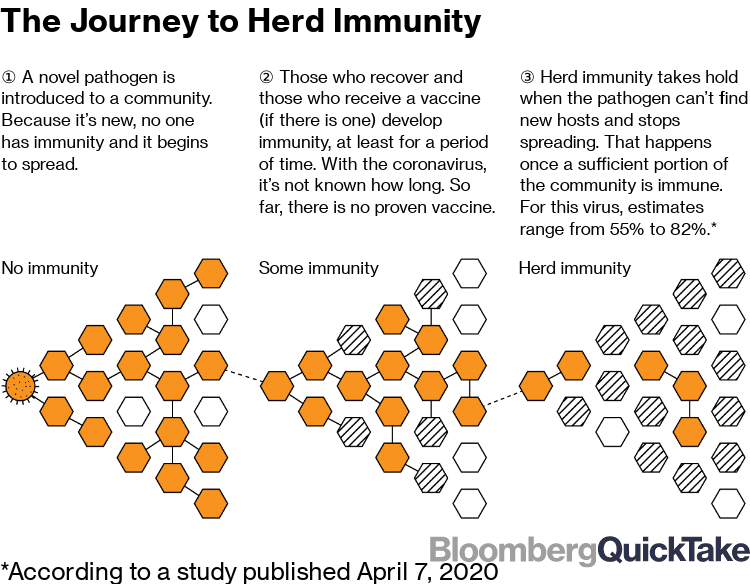 But since no vaccine for the novel coronavirus is anywhere in sight as yet, there’s another ‘organic’ way of cultivating herd immunity that’s being discussed by global experts. The radical approach is: infect everyone and let them build immunity.

The UK also thought of implementing this radical approach but later discarded it. Sweden adopted it and is registering some success. Today, the strategy is being touted as the solution for poor but young countries like India.

How it can be an option

First of all both India and Pakistan have young populations. Currently, 64 % of Pakistanis are younger than 30. In India, over 93% of population is under 65. This is important because most of the Covid-19 casualties in its European and American epicenters were over the age of 65.

The virus is already everywhere which, a recent article by The Economist says, is a good thing. This is because if the virus has been lingering without us knowing (many people do not even develop any symptoms), it can be considered less deadly than currently deemed.

This means that if poor countries can find a way of isolating the vulnerable and letting the virus run free amongst the younger populations, herd immunity could be achieved. Mortality will be limited as the young will be able to fight it off in most cases.

This is not just a random thought. According to Bloomberg, a team of researchers at Princeton University and the Center for Disease Dynamics, Economics and Policy, a public health advocacy group based in New Delhi and Washington, has identified India as a place where this strategy could be successful because its disproportionately young population would face less risk of hospitalization and death.

The risk is manifold, actually.

Firstly, even if a tiny fraction of the exposed population needs hospitalization, the healthcare infrastructure of both India and Pakistan is too fragile to handle that. This would result in mortalities running in hundreds of thousands. Many of the casualties would be those who could otherwise easily survive with little medical care, which the overwhelmed hospitals will fail to provide.

Secondly, our social structure and financial restraints make it impossible to isolate the elderly or the most vulnerable. Unlike Sweden where five in ten households are only single-person, we have severely crowded living conditions. Cities abound with shanty towns where tens of people live under one roof. Walling off the old or weak in such wretchedly poor households will be impossible. As a result, we will end up sacrificing their lives to kill the virus.

But, the elderly or sick are not the only ones we will lose; a part of the younger population will also succumb to the exposure as not all of them have the ideal health conditions. According to Bloomberg, India’s worst-in the-world air pollution and high rates of hypertension and diabetes have compromised young people’s health, meaning that mortality from the virus could be higher than expected.

Besides, to reach herd immunity, at least 70% of the population will need to get infected and recover. Doing simple math we can foretell the huge strain the strategy will bring to our feeble healthcare systems.

Which way to go

We can certainly not keep the economy shut for long. And with crowded dwelling, social distancing measures will also bear little fruit.

But can we choose herd immunity instead? That is a big, perplexing question and any decision that poor economies take in this regard will be more political than a scientific one. But, every way forward ultimately comes with a cost.

The current partial lockdown strategies that India and Pakistan are pursuing may automatically cultivate herd immunity. The number of people who can observe effective social distancing and lockdown measures were already limited. Now, with the restrictions lifting prematurely, life has returned to near-normalcy giving the impression that the danger is over. Which certainly hasn’t and the new virus numbers are reflecting just that.

But, it also must be remembered that prolonged economic shutdown isn’t possible even for the rich countries. The US is a prime example here as it’s already mulling lockdown lifting in spite of being the global Covid-19 epicenter.

With countries trying and testing different approaches, only time will tell which ones worked and which didn’t as the situation is something no country has ever experienced before. Even if we choose to go with the radical strategy of herd immunity, this may be the best of various bad options.