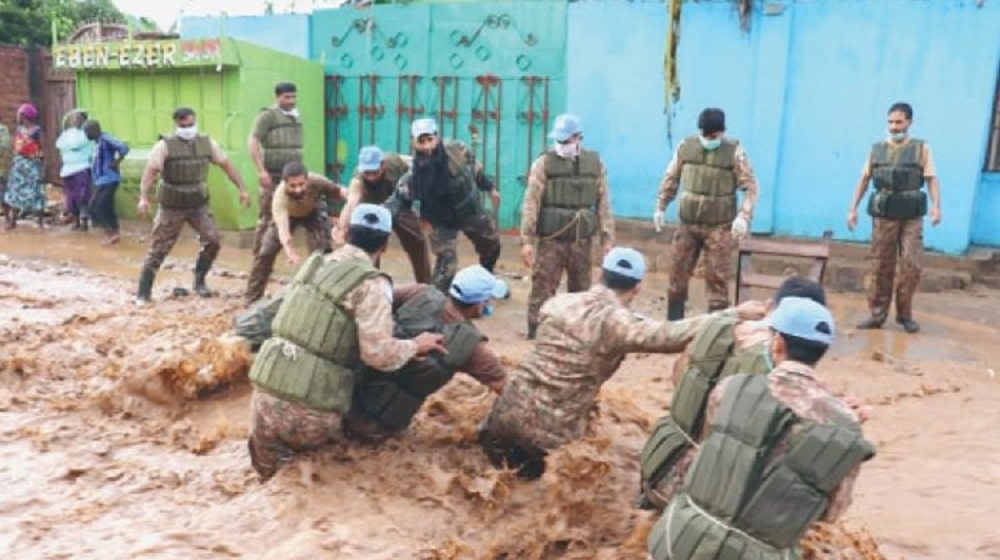 Pakistani peacekeepers have rescued more than 2000 residents of Uvira, Democratic Republic of Congo (DRC), who affected by heavy floods.

Pakistani Blue Helmets, part of the UN Mission in Congo (MONUSCO), were immediately dispatched to different locations in Uvira to take part in the rescue operations following the massive flooding, stated ISPR.

Moreover, Pakistani troops built a stone embankment to check flood water that allowed them to shift people and vehicles from the affected areas. Troops also served food to the rescued and provided necessary medical care.

Pakistani troops have always played a central role in the peace efforts in DRC in the presence of heavily armed groups and intercommunal violence.

Earlier this year, the UN recognized the efforts of Pakistan’s first-ever Female Engagement Team (FET) deployed in DRC by awarding them with the prestigious UN Medal.

Pakistan is among the biggest contributor to the UN peacekeeping mission, with more than 4,000 Pakistani soldiers serving worldwide to maintain peace. 157 Pakistani soldiers have laid their lives while serving under different UN missions across the globe.