As the world goes through global lockdown, housebound masses have resorted to social media and other forms of online entertainment. Hence, most applications have seen a sudden surge in downloads. 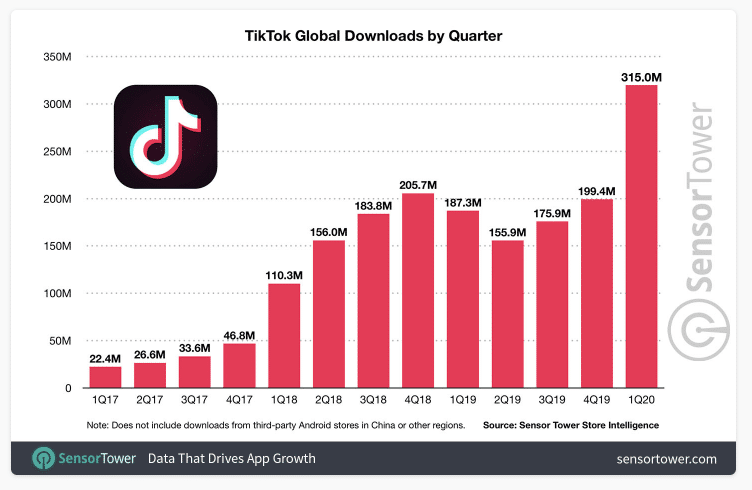 These figures don’t account for third-party Android store installs in both countries. Completing the top 3, the United States stands at 165 million, i.e., 8.2% of the total installs.

As far as downloads via App Store and Play Store are concerned, the App store accounts for 75.5% of the total installs, while the App Store racked up 24.5% of the downloads.