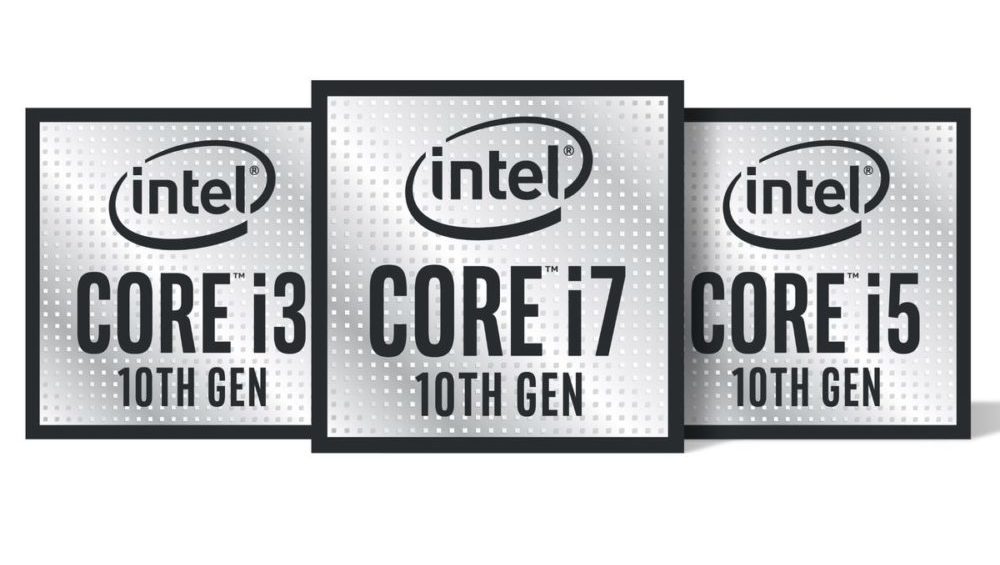 Intel’s 10th generation Comet Lake processors were previously only available to laptops and other mobile solutions and now the chipmaker has finally unveiled them for desktop computers as well. The new lineup is still based on the 14nm Skylake process from years ago but features a number of improvements.

The new 10th generation series includes 32 new processors including the bottom tier Celeron chips all the way up to the i9 10900K. Most of these chips are just variations of a single processor with several having different standards just like previous generations. K indicates unlocked, T signifies low powered variants, and F is used to indicate no GPU integration, and so on. 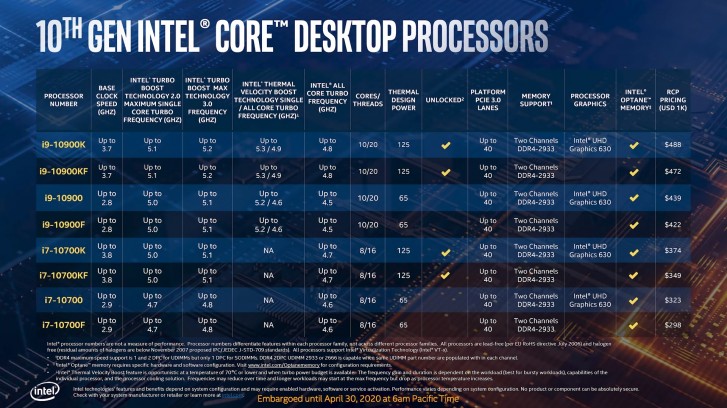 As mentioned before, the i9-10900K is the flagship model in the series replacing the previous i9-9900K. It is built on a 10 core/20 thread design with a 3.7 GHz base clock and a 5.1 GHz boost clock. Intel has also introduced Turbo Boost Max which allows one of the cores to make a small jump to 5.2 GHz if the CPU is under 70C.

The detailed specifications can be seen in the images included above and below. 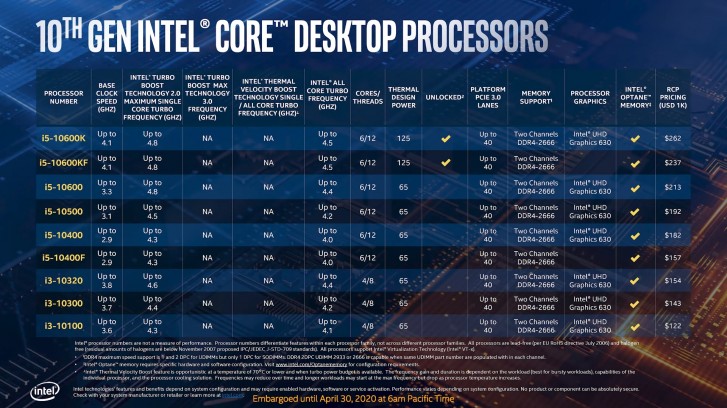 As always, none of the old motherboards will be compatible with this series as these chips require the new LGA-1200 socket with extra pins. These aren’t available yet and will likely be announced once a launch date for these new processors is unveiled. Stay tuned for updates.