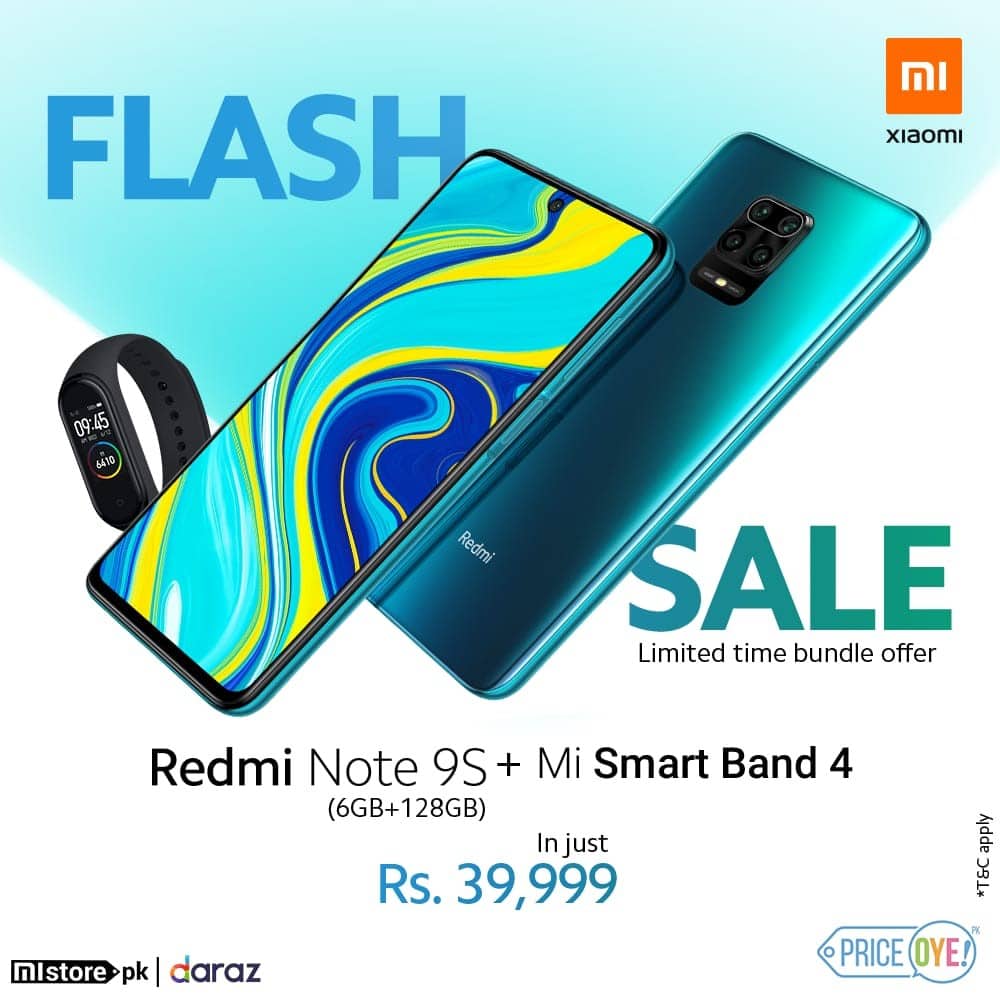 Xiaomi Pakistan has recently launched one of the most anticipated and eagerly awaited products of Redmi Note series. After the successful reign of predecessors, Redmi Note 9S has finally made its debut in the Pakistani market.

The launch was a huge success owing to the response of customers which has been beyond expectations. Redmi Note 9S has made its mark by continuing the legacy of success and superiority of its Predecessors.

Once again with the competitive pricing, Xiaomi Pakistan has proved itself to be a formidable contender in the market. Redmi Note 9S is so far the best product at the price bracket hands down.

The premium features of Xiaomi’s latest offering such as side mounted finger print sensor and impeccable camera results, make competitor’s device look hapless in this neck and neck competitive market. To the customer’s delight, Redmi Note 9S will be officially available for sale at www.mistore.pk from Monday 11th May, 2020 at 8:30 pm PST.

The phone comes with a 6.67-inch touchscreen display with a resolution of 1080×2400 pixels and an aspect ratio of 20:9. Redmi Note 9S is powered by a 2.3GHz octa-core Qualcomm Snapdragon 720G processor. The smart device runs Android 10 and is powered by a 5020mAh battery. It also supports proprietary fast charging.