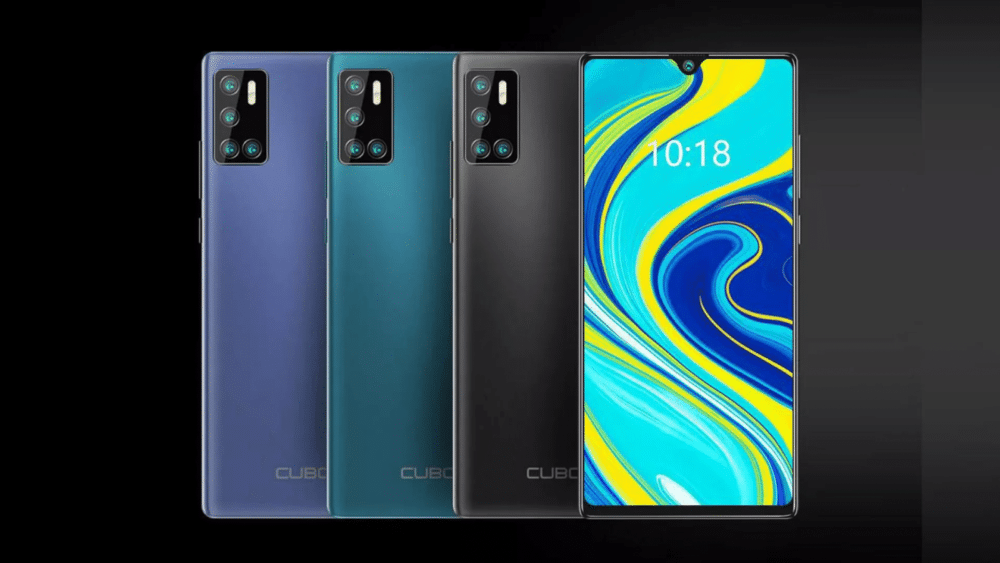 Cubot P40 rumors have been making rounds on the internet for some time now. For the uninitiated, Cubot Mobile is a Shenzhen based OEM founded in 2012. The relatively new company is considered a niche manufacturer, for now at least. However, over the years, it has managed to roll out several decent smartphones.

The company has recently launched the Cubot P40 aimed at the upper entry-level market, with extremely aggressive pricing.

Following the rectangular camera aisle trend, the Cubot P40 features a matte finish back and is built around a 6.2-inch waterdrop notch display featuring 720p resolution and 90.3% screen to body ratio.

The design of the device does not match its price tag, the phone looks like a proper budget handset as opposed to an entry level one.

The phone lacks a fingerprint sensor though, but considering the price, that is not a deal breaker. The device is available in three color options, Black, Green, and Blue.

As for the innards, the Cubot P40 is driven by 1.8-GHz quad-core MediaTek Helio A22 chipset topped with 4GB RAM and 128 GB onboard storage. This makes it ideal for users who don’t need to run any CPU or GPU intensive tasks but want plenty of storage for media.

The software side is handled by stock Android 10 with features like system-wide dark mode, privacy control feature, and much more.

Unbelievably, the smartphone is equipped with a quad-sensor rear camera setup with a Sony IMX486 12 MP primary lens, 5 MP macro lens, and two other 2 MP sensors. For selfies, it comes with a 20 MP single sensor in the notch that supports AI facial recognition.

This entry-level smartphone packs a 4100 mAh removable battery. Considering the low-end CPU and 720p screen, the battery life should be very good. It will be available for sale by 6th June and will retail for the starting price of $89.99 on AliExpress.