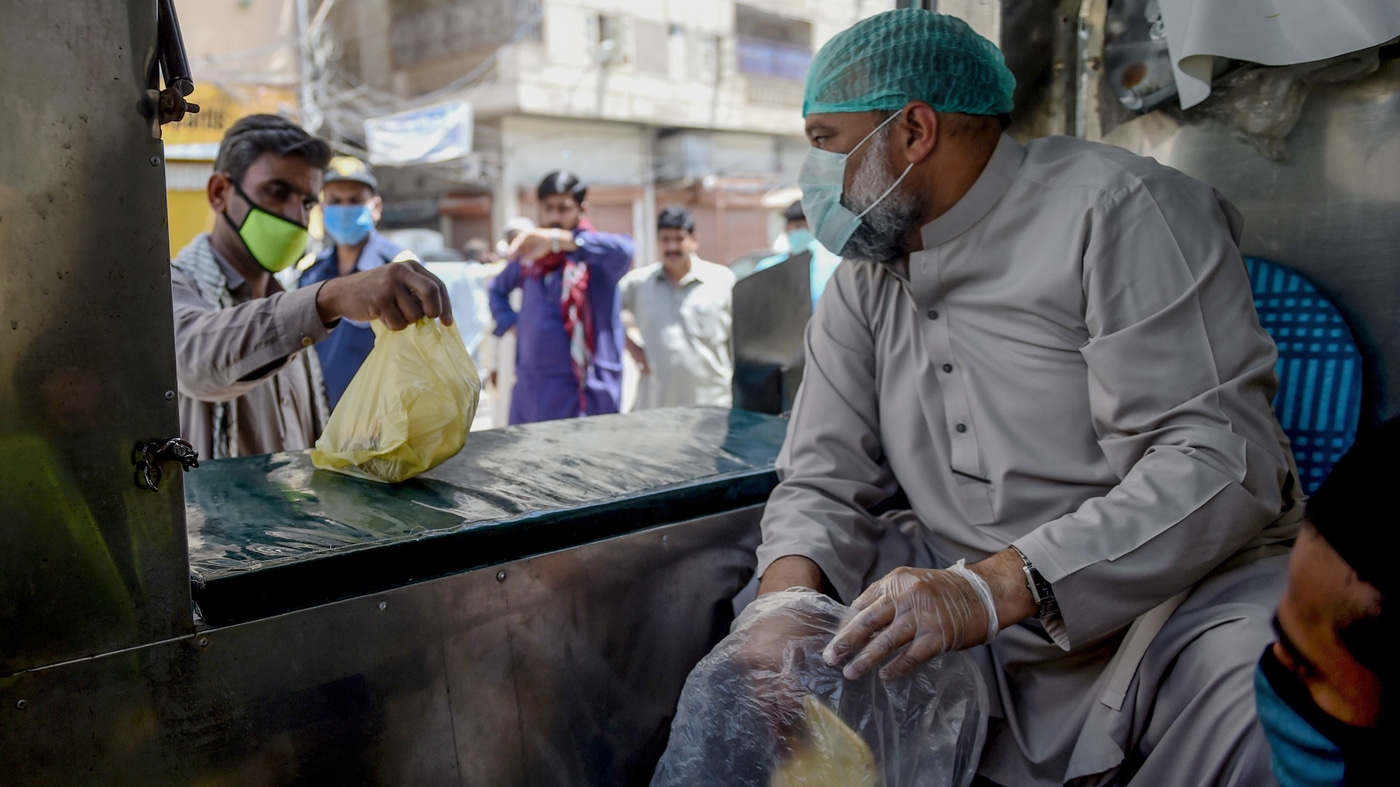 Pakistan yesterday saw the most number of fatalities due to Coronavirus complication since the outbreak emerged in the country during end of February.

A total of 46 patients were recorded dead due to COVID-19 in past 24 hours only as Sindh, Punjab and KP reported 19, 16 and 11 deaths respectively.

A total of 1,932 new cornavirus cases were also reported during last 24 hours, slightly higher than 1,841 cases reported the earlier day.

Sindh and Punjab both reported an equal number of new cases around 700, while KP reported 324 new cases during the period. Islamabad reported record new cases as the federal capital added 104 new cases to its tally in 24 hours.

It appears that the number of cases — as well as the deaths have started to pick-up, after the country decided to ease movement restrictions on May 9th, 2020.

Currently there’s pretty much no restriction on movement in the country and essentially everything (except schools and Shadi halls) is open for business.

A spike in cases, due to ease such movement around May 9th, is expected to be seen starting May 24 for the next phase.

Number of deaths are also feared to remain around 40-50 mark (up from current average of 25-30) during next 15 days until they could further pick-up during first week of June (depending on how many new cases per day will emerge starting May 24th).

More from last day in below table and graphs: 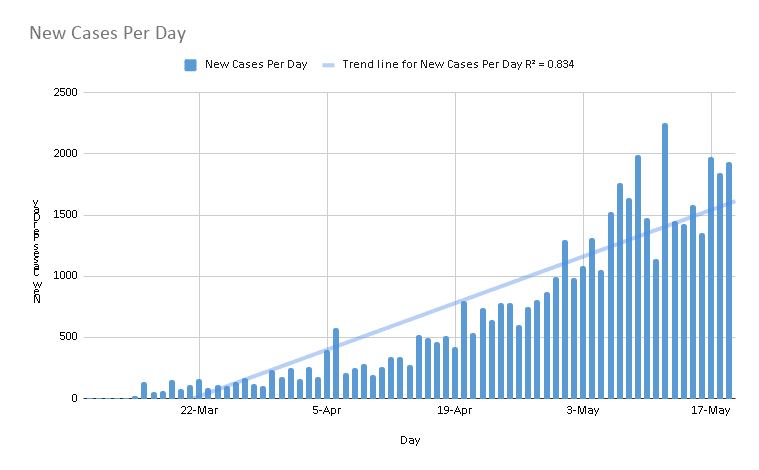 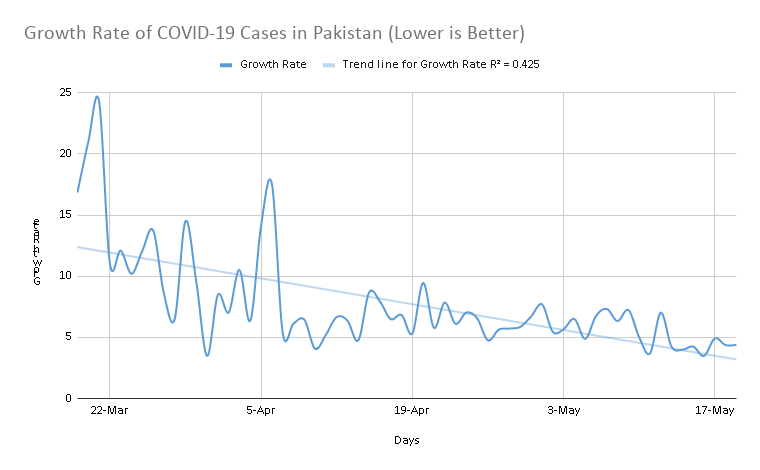 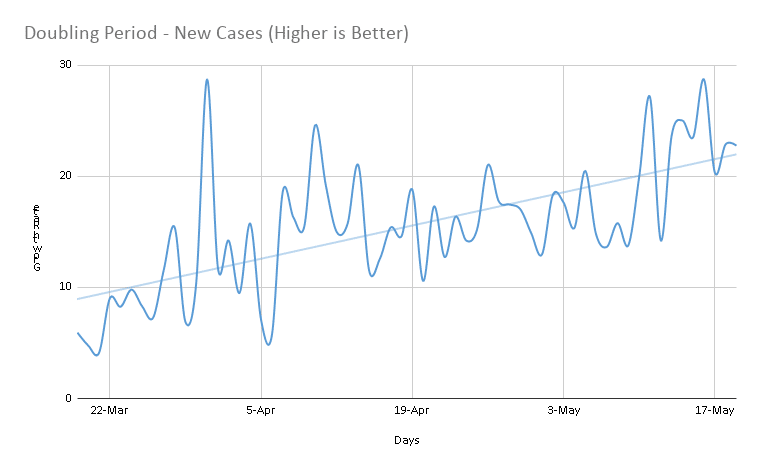 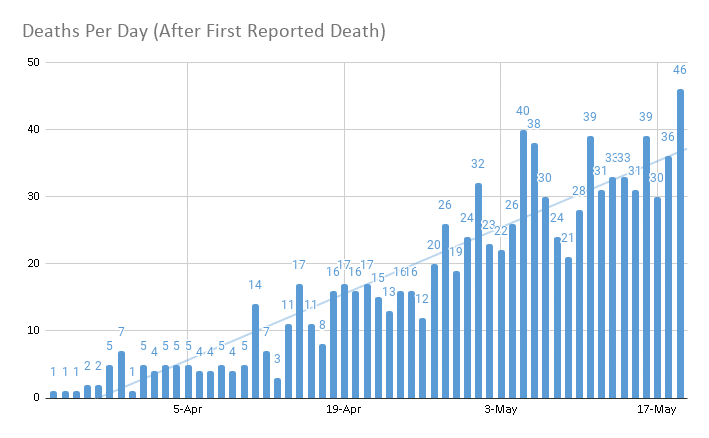 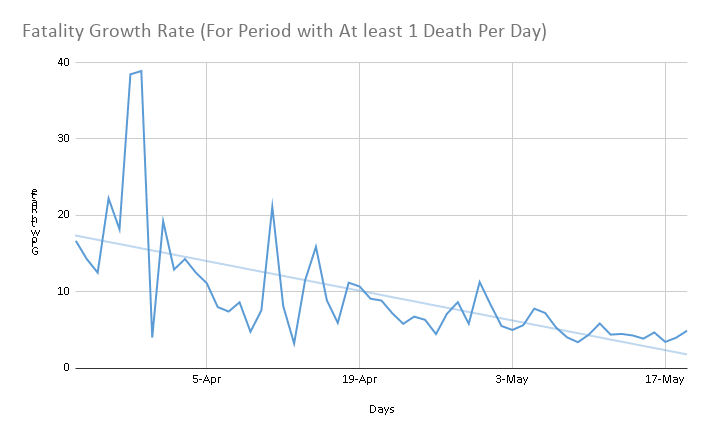 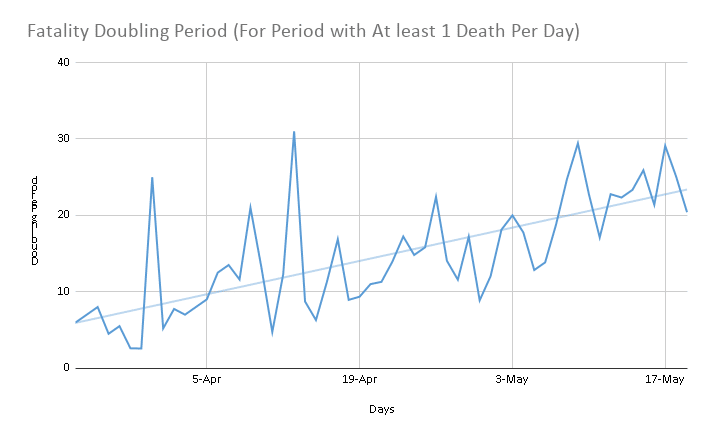 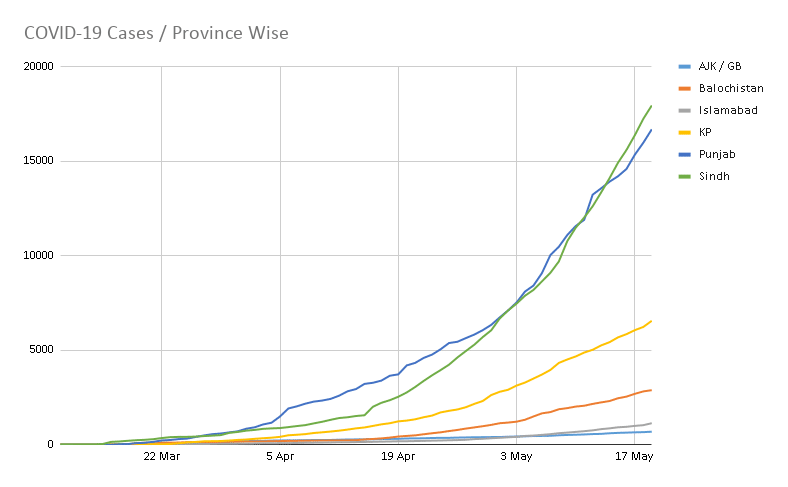 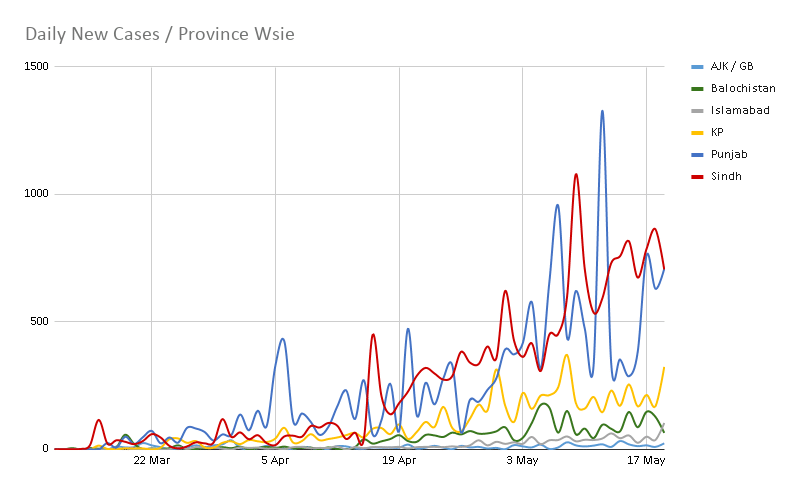 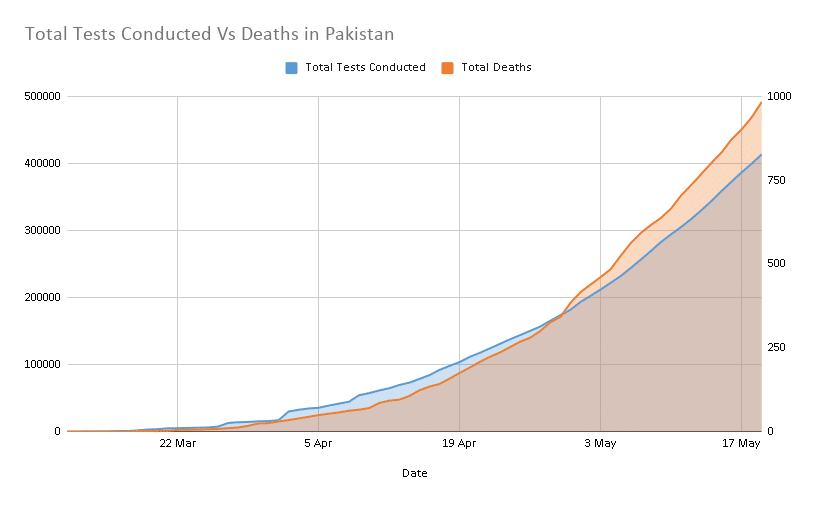 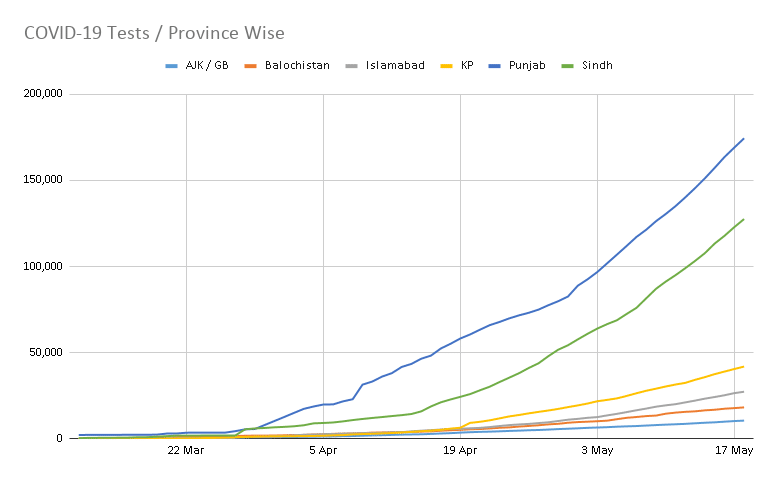 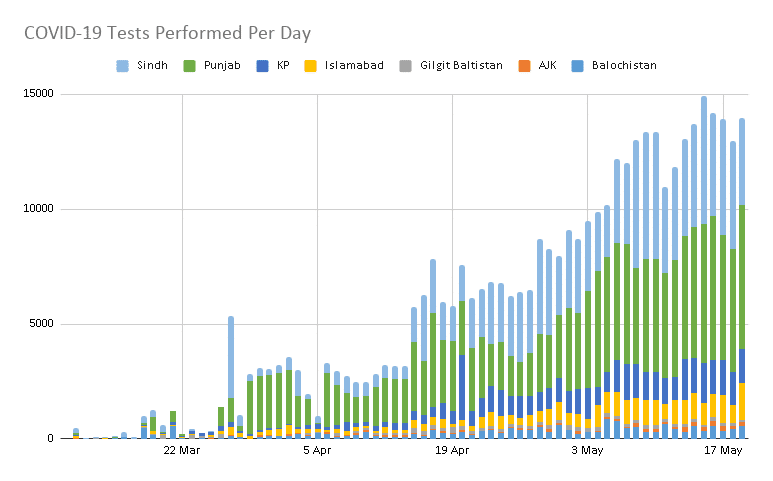